Every time a Collab Lab cohort wraps up, I swear it flew by faster than the one that came before it. The August 2020 cohort was no exception -- it went so quickly and I can’t believe we’ve tossed our tassels with another amazing group of developers! 🎓

In the early days of The Collab Lab we only ran one team at a time. We’ve grown up quite a bit since then and we’re not stopping anytime soon. Our August 2020 cohort included 3 teams and I was lucky enough to mentor Team 9 alongside Yves Gurcan, a first-time Collab Lab mentor and the head of our Tech Talk initiative, and Scott Bergler, a former Collabie who couldn’t get enough so he decided to hang around and offer his experience to help other developers grow! 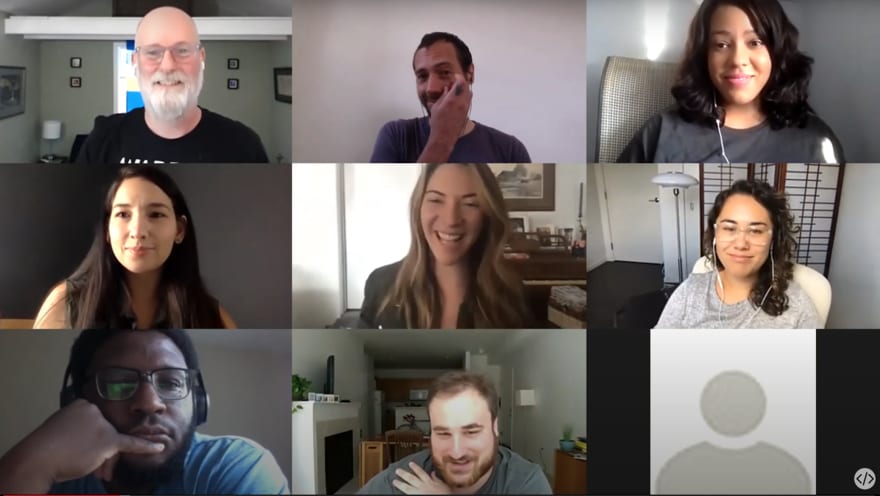 This team’s collaboration skills were so impressive. They kicked off the program and immediately started building a solid team that worked together to organize the work that needed to be done, squash tricky bugs, and build a really fantastic app.

If you’re in search of some really incredible developers who have experience collaborating with great success in a remote and agile environment, these are your people. ✅ ✨ 👏

I Design, You Build! - Frontend Challenge #1

Collab Lab relies on free/freemium tools including GitHub, Firebase, and Slack as much as possible, but do have some set costs such as Zoom licenses. Consider sponsoring us!