One of the most essential steps of any software development project is testing. If this process is skipped, the results may be disastrous – both for the project and for the company. But when should software undergo testing? It seems logical to test the project when it is completed. However, the power of the classic test procedure is limited. Overengineering, rigid design, testability issues are just a few problems you may face if you write the production code first and test the implementation later. Luckily, there is a way to tackle such challenges and it is called – test driven development.

What is TDD or Test-Driven Development?

TDD is short for Test Driven Development and it refers to the design paradigm where software component testing is used to guide the entire development process. In order to understand how TDD works, first, it is better to define one of its important concepts – unit testing.

What is Software Unit Testing?

Unit testing is a method that breaks production code into small and isolated units. The main objective of unit testing is to evaluate the behavior of each component independently to verify that they function correctly. The unit tests are usually performed by developers but can also be done by Quality managers. Some developers believe that unit tests are a waste of time, yet practice shows that it is just the opposite. In fact, ignoring unit tests results in higher error fixing costs during system testing, integration testing, and beta testing stages. At the same time, unit-tests allow detecting the bugs and errors in the early stages of the development life cycle, thus saving you both time and money in the future.

We can think of TDD as a design strategy. Because the test is written first, the interface of the component to be tested is already used before it actually exists. Therefore, developers get feedback about the usability of the design as soon as possible.

There are three principles of TDD:

What does each stage mean?

In the TDD, the unit test for the functionality is written before the actual functionality is implemented. Because of the missing functionality the test obviously fails. Since errors are usually marked red in IDE’s, this phase of test-driven development is referred to as “red”.

In the second stage, the developer writes code that is good enough to make the test pass. Since the green color marks the success, the stage is called “green”. The green phase doesn’t require optimization. The next task is to refactor the code. The main idea of the refactor phase is to make the code better, in particular, to remove the code duplication. Those stages repeat until the bugs are fixed, code has the desired functionality, and there are no tests that fail.

The Benefits of Test-Driven Development 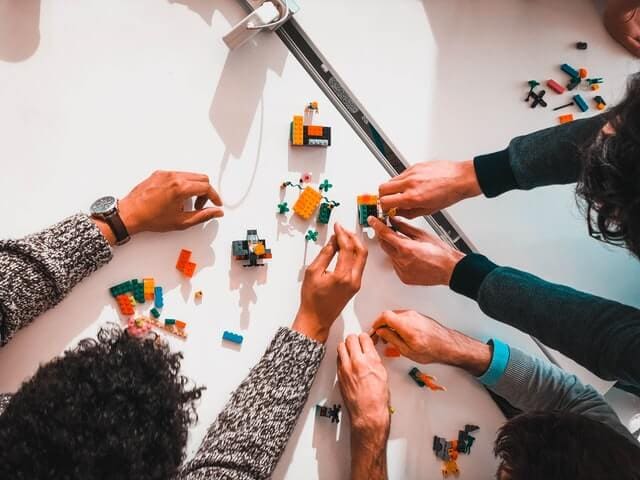 TDD may seem like a hard way to follow, but the extra effort you put in will bring a lot of benefits to your project. The research about the influence of TDD has shown that this practice helps to reduce defects in the software by 40 to 60%. For business owners who want to bring a better product to the market, one of the major advantages of test driven development is quality assurance, ensured during the ongoing process. It is clear that with continuous software testing from the first line of code, bugs and unexpected events are less likely to occur. In terms of quality, further advantages include more thought-out code and the ability to test some functionality without running the entire program, which is very important for large projects.

The later you find a bug, the more the bug will cost you. TDD is, above all, a great opportunity to detect bugs and crashes quickly and to resolve the issue immediately. It reduces subsequent costs of tedious debugging if the errors were discovered later. Additionally, TDD helps to decrease costs in the areas of support and defect management. Experts stress that TDD provides a great opportunity to shorten the time and costs needed to learn the code behavior. When using TDD you can also count on the decrease in unplanned costs.

And in the case when you don’t use software testing during the development, the end-user may be the first who faces the imperfections of your software. So in addition to the cost of fixing the error, you can lose the trust of your customers. TDD, on the other hand, allows you to avoid those problems. Test-driven development also helps to optimize the developer’s work. If the problem occurs, the programmer immediately knows that something is wrong, because the application did not pass the tests. This allows developers to stay focused on a particular part of the code, not thinking about the consequences for the entire system.

Last, but not least of the advantages of test driven development is that it also can be used to improve paper documentation. Written tests make much more sense to programmers than hundreds of pages of requirements. It can be said that tests serve as a communication bridge between the client’s vision and what the programmer must do on his side.

There are many advantages to using a TDD approach, starting with the opportunity to address the bugs early on, to less obvious one – such as an opportunity to ensure clients’ satisfaction in the long run. And even though TDD shouldn’t be treated as a silver bullet aimed to resolve any development issues, you should definitely consider this option if you want to save resources and optimize the workflow of your software project.

Once suspended, testfort_inc will not be able to comment or publish posts until their suspension is removed.

Once unsuspended, testfort_inc will be able to comment and publish posts again.

Once unpublished, all posts by testfort_inc will become hidden and only accessible to themselves.

If testfort_inc is not suspended, they can still re-publish their posts from their dashboard.

Once unpublished, this post will become invisible to the public and only accessible to TestFort.

Thanks for keeping DEV Community 👩‍💻👨‍💻 safe. Here is what you can do to flag testfort_inc:

Unflagging testfort_inc will restore default visibility to their posts.