The digitalization drive has become the dominating trend, with computer technologies penetrating all spheres of social and personal life in the modern world. Alongside ushering innumerable benefits, the ubiquitous advent of IT devices has brought serious concerns in its wake. One of the most pressing questions that worries both individuals and organizations is, ‘How secure is my virtual data?’

Public anxiety is continuously fed by reports of security breaches and data leakages that cost companies a pretty penny. Their financial losses manifest an ever-growing pattern, with businesses having to spend (or waste?) millions of dollars to redress gruesome consequences. For example, Desjardines Group lost over $50 million to cover for the data leakage of their clientele, and Norsk Hydro had to fork out $75 million to eliminate the effects of a cyberattack. Such exorbitant losses are rare, but IBM experts believe that on average, corporate victims of cybercrime have to foot a bill equal to $4 million. Because of such appalling statistics, establishing cybersecurity of their IT environment is prioritized by many organizations. Even the malicious onslaught of the global pandemic didn’t relegate security considerations to a secondary place, with companies reluctant to cut down on the security strategy enforcement expenditures. 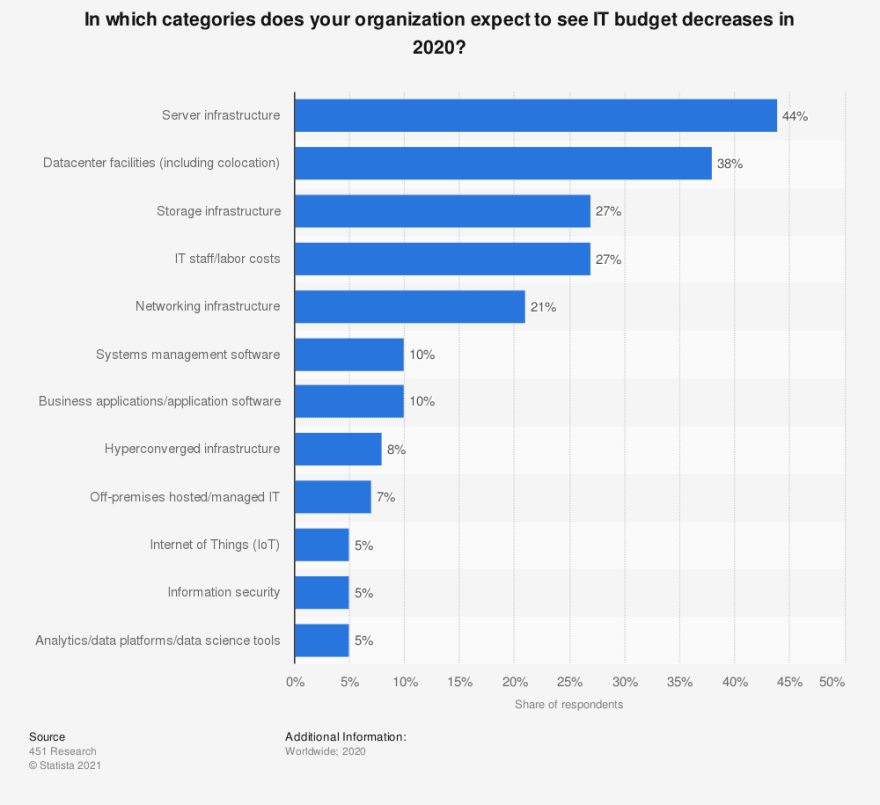 ‘Cybersecurity’ is an umbrella term that subsumes different approaches and measures depending on the targeted elements of the digital environment. Thus, providing security for cloud facilities has its peculiarities.

The Difference between Cloud and IT Security in General

Some basic steps are common for any IT network: identification of bottlenecks, asset protection, malicious activity detection, vulnerability tracking, breach responses, recovering procedure, etc. However, experts must be aware of this environment’s unique aspects while planning cloud infrastructure security measures.

Amazon Web Services (AWS) is a comprehensive platform that has won universal acclaim as a reliable cloud facilities provider offering (alongside data storage on managed databases like Oracle and MySQL) a whole gamut of services. The latter include content delivery, dynamic website hosting, running servers (both web and app) in the cloud, and computer power, to name a few. Each service can be tailored to match every user’s unique needs and may be accessed from any place that has internet coverage. It is no wonder that AWS ranks first among all CSPs. 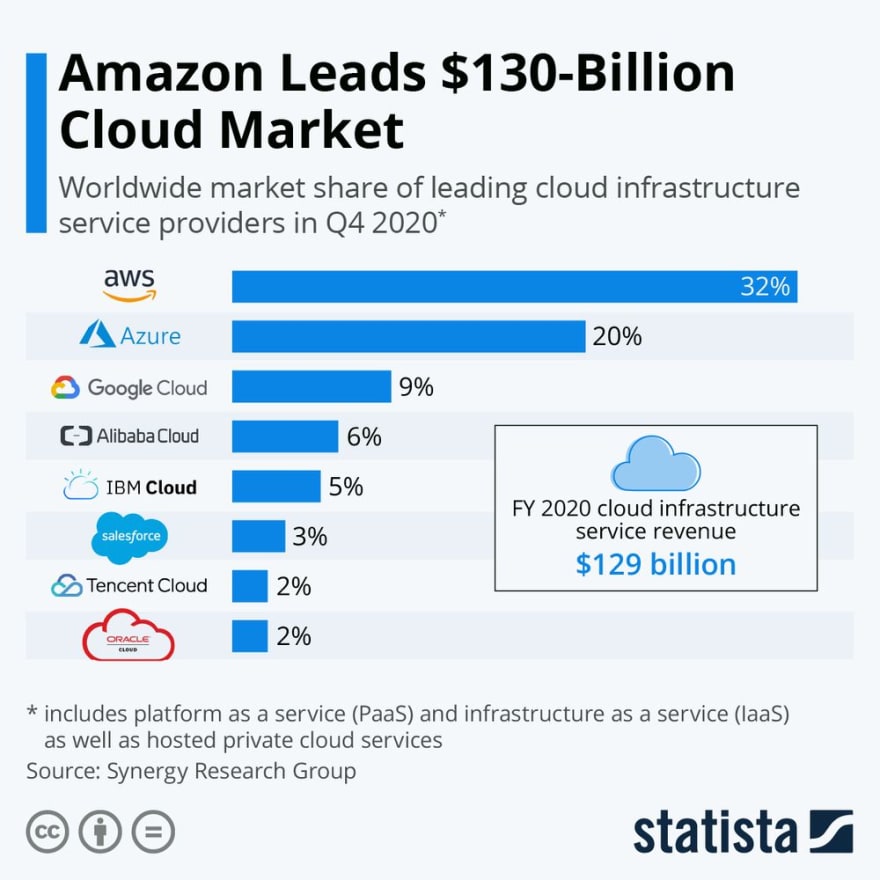 The business reputation of AWS is in significant degree attributed to robust Amazon cloud security policies. How is security in AWS handled?

First of all, AWS security best practices are based on the above-mentioned shared responsibility model, which allows the vendor to direct additional resources to enhance their share of the security burden.

The employment of such AWS security standards makes the platform as safe as any on-premises network, provided customers watch their area of liability closely. But however careful both parties to the security protocol might be, they must be aware of potential bottlenecks that can render their security efforts inadequate.

What should security specialists pay special attention to?

Armed with an awareness of the possible challenges, you can start implementing AWS security features.

A security strategy must be developed once you consider moving to the cloud. Trying to stop the gaps and feel the breaches on the hoof spells hurried makeshift measures. And when security is concerned, more haste, less speed.

Security teams must be aware of the differences between the on-premises and cloud environments. For instance, forbidding developers to introduce infrastructure changes, which works well for the on-premises network, in the cloud would limit opportunities offered by cloud facilities and severely handicap their efficient usage by the organization. So replicated the on-premises security experience is out of the question when dealing with the cloud.

By leveraging Amazon’s built-in tools and the best practices for AWS cloud security will not only reduce the amount of work your security team will have to perform but will strengthen the defense of your environment with tested and reliable mechanisms.

Your security policy must include across-the-board measures that encompass AWS accounts, credentials, roles, IAM users, and groups. Only if you embrace all of them your cloud environment protection system will function properly.

Several measures can ensure the access to the AWS environment is restricted to authorized persons only. To do that, you should avoid allowing users to create AWS accounts with the email address (so-called root users) as well as attaching policies to individual users (instead of groups and roles). All AWS access of your staff should be effected through federated SSO accompanied by strong passwords and MFA. Besides, unused credentials must be disposed of, and access keys need rotation at least once every three months.

Password cracking is by far the most common penetration attack undertaken by cybercriminals, so this segment of the protective perimeter should be watched very closely. Use complex passwords suggested by generators, introduce multi-factor authentication, establish automatic lockout in case of several failed login attempts, and renew passwords once in a short while (within 60 days or so).

Even if a wrongdoer penetrates your environment, the encrypted data (especially sensitive ones) form the second line of defense. Alongside employing native AWS encryption tools you can use scalable key management to perform various operations with encryption keys (creation, rotation, and auditing included).

Remember to Backup Your Data Regularly

Systematic Security Policies Updates and Open Access is a Must

The documents related to the company’s security policies are available for all stakeholders to access, which holds them on the same page. Regular updates keeping abreast of the latest security practices are also mandatory.

How do we apply these AWS cloud security best practices in our work?

TechMagic developed Elements.cloud — a highly customizable B2B SaaS platform honed to help companies organize and visualize business-related processes. To make the app secure, we considered it essential to introduce a vulnerability assessment procedure that would consistently identify and eliminate vulnerabilities in the early stages. It could be done by integrating a whole gamut of app security tools into a CI/CD process and subsequent automation of the scan results collecting. How did we go about it?

At first, we employed automated tests that simulate user behavior and several security tools (among which BurpSuite and OWASP ZAP) to automate vulnerability evaluation. Next came Snyk-powered dependency scanning (which we set up regularly) to make sure no components notorious for security issues were used while building the app.

This combo is coupled with regular manual penetration testing of our product to find inadequacies in business logic and detecting advanced security flaws that escape automatic scanning tools. As a result, we managed to obtain a safe and user-friendly app highly valued by our customers.

Security considerations are the top priority that we emphasize in our software development practice. To enhance security awareness among our staff of developers, we introduced a code security review practice and hold regular workshops enabling our QA team to whet their proficiency in vulnerability assessment as well as penetration testing.

In the digitalized world of the early third millennium, where information is the most valuable asset, data and working environment security are primary concerns for organizations and individuals. As an official AWS Consulting Partner aspiring to win Service Delivery designations reflecting our Serverless and Security competencies, Techmagic can develop AWS cloud solutions for your organization to impress you with their first-rate quality of operation and complete security of functioning.

Azure Functions in .NET 5 and beyond

Trivy: scanning your containers for vulnerabilities

Appwrite 0.8 is Coming Soon and This is What You Can Expect 🚀

A creative way to have required arguments in JavaScript