It has been a little over a decade since smartphones came to the scene. Digital technology has grown in leaps and bounds over this period thanks to these nifty gadgets. Mobile apps are the driving force behind smartphones. Research by Statista shows that people use 86% of the time they spend on their smartphones on apps. There are over two million apps in the iOS store and over three million apps in the Google PlayStore. 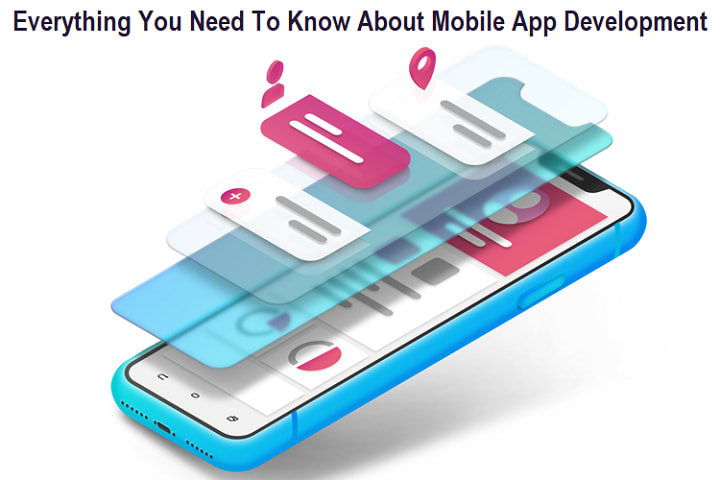 The average smartphone user downloads about 30 apps per month, and over two billion apps are downloaded worldwide annually. An app is an excellent platform to tap into the smartphone digital world and monetize your enterprise, as exemplified by these best betting apps. Fortunately, it is now easy to build a respectable app from scratch.

Here is a brief overview of everything there is to know about smartphone app development.

There is a variety of smartphone operating systems. The most popular are Android and iOS. Different operating systems provide varying stipulations on how apps should run on their platforms. Native apps are designed in accordance with a particular app’s stipulations. This means that a native app can only run on a single OS, so one has to build additional apps for use on other operating systems.

Native apps are powerful and feature superior UI and UX. They are capable of utilizing all resources on a smartphone, including hardware-related features. They are also more expensive than other app types.

Hybrid apps are designed to get around the limitation of native apps – one app can run on multiple smartphone operating systems without the need for extra customization. Hybrid apps use WebView. WebView facilitates the display of web content directly on an app, much like using standard web browsers such as Google Chrome and Mozilla Firefox.

Hybrid apps are associated with a variety of complications. Difficulties include slow interaction, low performance, limited access to the smartphone’s resources, and a generic UX (user experience). They are mostly recommended for apps designed to run temporary campaigns.

Cross-platform apps are also designed to run on multiple smartphone operating systems. They use a variety of tools, such as NativeScript and Xamarian, to customize different elements of the app as needed to tailor them for the different operating systems. The customization makes these apps better than hybrid apps. Still, they are not as good as native apps, and complications include limited access to the smartphone’s resources.

Every mobile app is built for a specific purpose. For instance, sports betting apps are designed to enable bettors to wager on their favorite sports remotely via the comfort of their smartphones.

The first step of app development is providing reason for the app’s development. What will the app accomplish? There are all sorts of apps, so there are all sorts of reasons to develop one. However, it helps if the app helps people solve a common problem since this guarantees wide-spread usage. There are hundreds of thousands of apps that mostly go unnoticed in app stores because they don’t have anything tangible to offer.

With all the fundamentals figured out, the next step is the most crucial one – bring the idea to life by actually developing the app. Mobile app development is a process that takes place in phases. The different phases are:

Every respectable app should have a beautiful and appealing design. It should also be adaptive and functional to perform optimally on different OS platforms. This is necessary for the user’s experience. It is also handy in appealing to users on the app markets.

Module integration makes it easier to develop an app. It also saves a lot of time. It involves dividing the development project into a variety of modules, such as item display and authentication.

Testing is a crucial part of heart development. It helps expose any complications and bugs that may hinder performance and usability. There are four phases of app testing: functional testing, design testing, automated testing, and manual testing.

Any bugs detected during testing should be fixed before deployment. The app should only be deployed once everything has been ironed out. The app should also be maintained and updated periodically whenever the need arises.

Most apps are designed with the ultimate goal of monetization. If this is the case with your app, you will need to conduct thorough research on the app’s business prospects. You will also need to perform thorough competitor research – if there is a problem that can be solved through a mobile app, you can be sure that there is someone already working on it.

Java is the most popular programming language used for development about 23% of all smartphone apps. It has powerful IDEs that make coding easy and limit errors. The language is also easy to learn and object-oriented. Apps built using Java can run on all smartphone OS platforms.

Python is the second most-popular app development programming language. Some of the most popular apps, including Reddit and YouTube, were developed using Python. The language runs on multiple operating systems. It is easy to learn and object-oriented, just like Java.

The app market is a multi-billion-dollar market that is growing by the day. You, too, can tap into this vast digital market using your very own app. It is not only possible but also quite easy, as shown by this guide. Consider this your app development crash course.

#MakeTheChange: From Java to Kotlin

Mental Models of Jetpack Compose #3: Inheritance, Composition, and why they matter

Getting the name of the method or property in C# code