It can be very intimidating designing a backend system. There are many different variations and so many buzz words such as:

As it turns out, the process of choosing an architecture is a lot simpler. You just gotta know the pros and cons of each one and pick the one that suits your project needs. But first, you need to have a solid understanding of each architectural pattern, so this is why in this post we cover one of the most popular architectural patterns, the microservice.

Before we move on to the gritty details of microservices, we first have to cover the basic terminology.

What is software architecture?

Architecture, in a nutshell, is the decisions that you wish you had made early on in the project.

What is monolith architecture?

The word monolith means "composed all in one place", in software terms it means having a single application, made up of different components, combined into a single program from a single platform. 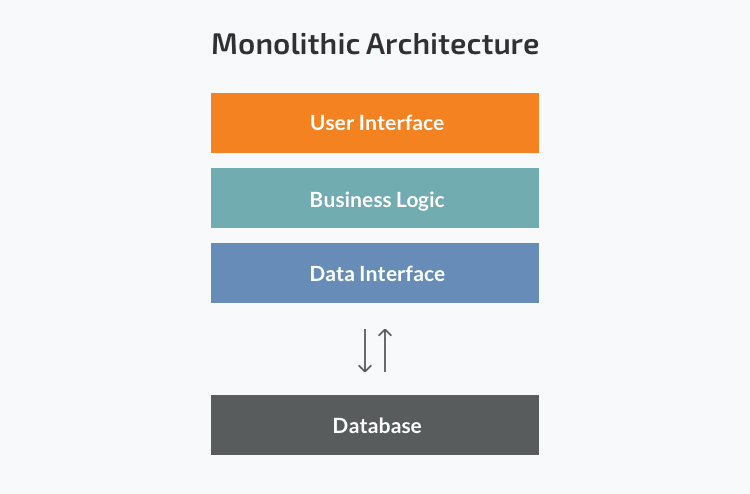 For years monolithic applications have been industry default because it's simple. All code is in one place, it's simple to test, and deploy. But as application size grows, there are some major drawbacks that get introduced.

What are the problems with monolithic architecture?

What is a microservice?

The microservice architecture is an approach to software development, in which a large application is made up of a suite of modular services (i.e loosely coupled modules/components). A good analogy would be legos, where each set of blocks corresponds to a component. Additionally, a group of connected components would create a full-fledged application.

Each module/service has a single business goal and uses simple interfaces to communicate with other services. Another feature of services is that, unlike the monolith application where you share a single database, microservices follow the approach of database per service. This ensures loose coupling, and the service can use the database that best suits its needs.

You cannot use the microservice architecture alone, there are many different design patterns that solve the same problems in different ways, and it's your job as the developer to choose which one best fits your project.

An example may be:

How to decompose the application into services?

Here you can use different design patterns:

Design patterns are typical solutions to commonly occurring problems in software design. They are like pre-made blueprints that you can customize to solve a recurring design problem in your code.

You can't just find and copy a pattern. Patterns do not provide any code but provide a general concept for solving a specific problem.

What are the types of microservices patterns?

Microservices have lots of patterns, to make it easier, we have separated the patterns into three categories based on their relationships to one another.

Congratulations, you now know enough to go forth in your journey of being a software architect. The journey doesn't stop here, make sure to check out microservices.io for more details on microservices.

5 Amazing React Component Libraries to Consider for your Next Project