I recently passed my AWS Certified Solutions Architect Professional exam and along my journey of studying I scribbled down a bunch of notes I took. I thought it would be a good idea to share these random bits of information so that they can be used as flash cards / bite sized chunks of information to anyone else who is studying for this fairly vast examination. 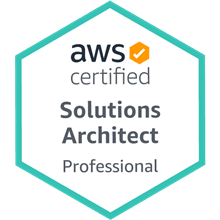 The below information alone won't be enough to get you through. I highly recommend you study from some of the great online courses available from the providers below.

Below is a set of random pieces of information that didn't really need it own section.

Did I miss something you think I should include? Please reach out to me on Twitter @nathangloverAUS and let me know!