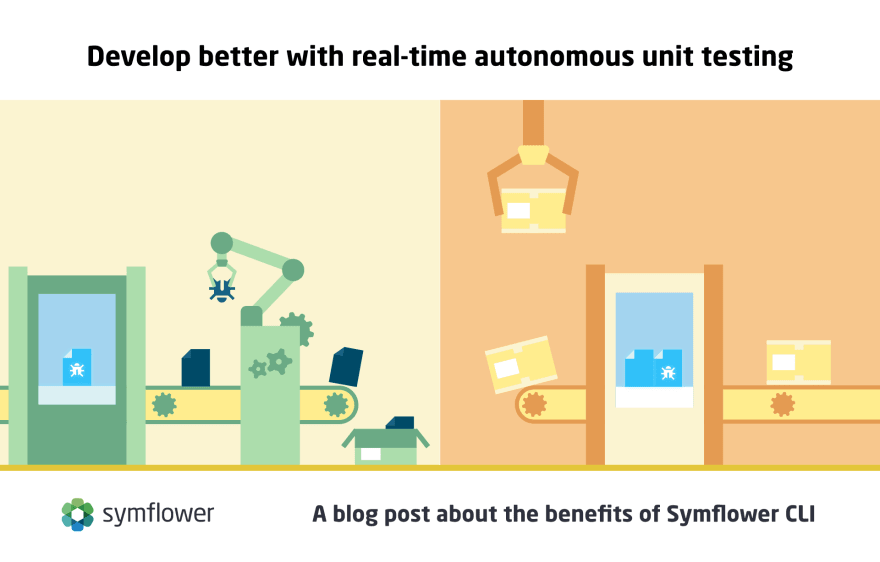 Having to deal with code quality issues deep in a project’s life-cycle is a shared nightmare between all developers. There is nothing worse than being knee-deep in development – or, in a worst-case scenario, already in production – and realizing that the code you’re working with is full of holes that will impact the product’s success.

When looking into catching code quality issues early on, unit testing is always an essential cornerstone. Through it, developers are capable of identifying issues and breaking points in your code in the early stages of development – however, unit tests are usually written and run after your code is already done, meaning you already lose time and effort on producing code that will most likely have to be corrected and changed due to human error either way.

But what if we told you there was another way: to have your unit tests not only autonomously generated, but also being generated real-time while you’re working on your code, available at the end of your fingertips? Let’s take a look at some of the benefits of a real-time, autonomous unit testing solution like Symflower CLI.

Standard testing practices usually have a set order to them: you work on your code, test it, and then work on the issues. But why would you wait until your code is completely done and compiled to see whether it works?

One of the biggest benefits of real-time autonomous unit testing is that it fits into your already existing development processes without you having to change anything. There is no need to plan for writing tests, as they are automatically generated. There are no rounds of review needed to be scheduled after the fact, as the tests are generated on-the-go as you type.

With your tests being instantly available as you work on your code, you’re able to introduce an additional layer of reactiveness and flexibility into your development processes that is not only agile at the core, but also helps you spend less time testing and debugging, reducing the overall work needed for a project to succeed.

Time is always of the essence when it comes to development – you want to avoid having to go back to your code at a later time just to fix problems you could have during the early stages of development. What is better than being able to do so when the code is still fresh out of your mind, and you’re aware of all its little quirks?

Automated unit testing helps people generate and run in-depth tests for all kinds of use cases, and allows for longer and more complex tests that are sometimes avoided when it comes to manual testing, mainly due to them having to be constantly monitored. By default, automation already helps with filtering many of the human errors that can happen during manual testing, but when it comes to real-time feedback, it gets even better.

With a tool like Symflower CLI generating unit tests for you right as you code, you’re not only able to identify the problems you’d eventually have to fix, but actually fix them right away as well. This creates a workflow that is more efficient and fluid than having to go back and check things after the fact. Check out how it works here:

Automated tests are already a step up from simply doing manual testing: in fact, using automated testing alone has been proven to decrease defects in code by 20-30% and increase code quality in general.

Real-time autonomous unit testing, however, generates test cases based on the code that you’re writing as you’re writing it, which means it analyzes it bit-by-bit as it gets put down. This way of analyzing code and creating reactive test cases is able to provide for better code coverage with no dark spots, and more specific test results that can help you isolate problems easier and more granularly.

This, combined with the symbolic execution test generation method used by Symflower CLI results in a solution that can not only cover relevant execution paths and problems through dedicated unit tests, but can also do so in a more reactive and efficient way than regular unit testing.

If you want to know more about why symbolic execution is the way to go over other test generation methods, check out our article on why we decided to go with it, and why we think you should give it a go, too.

When considering automated testing, "failing fast" is key: isolating and identifying problems within the code as soon as possible helps developers save time that would be spent on working on correcting them later on, and possibly reworking parts of the code that relied on the problematic ones.

Real-time test generation takes "failing fast" to a new level, as detecting problems in the code happens instantly, and follows the code as it gets written. Finding these bugs at an earlier stage does not only save more development time than regular automated testing, but also lets developers save significant work hours, and focus on developing what’s really important: the product itself.

Having a better code quality and finding and iterating on problems faster is not only an advantage for developers, of course: through employing a real-time unit testing solution, companies can avoid the fallout that would result from a product of bad quality, as well as shorten their time to market significantly.

Convinced that real-time, autonomous unit testing is the way to go? Check out Symflower CLI, and get started today for free. For more content about software testing, sign up for our newsletter and follow us on Twitter, Facebook, and LinkedIn. See you next time!

Once suspended, symflower will not be able to comment or publish posts until their suspension is removed.

Once unsuspended, symflower will be able to comment and publish posts again.

Once unpublished, all posts by symflower will become hidden and only accessible to themselves.

If symflower is not suspended, they can still re-publish their posts from their dashboard.