Yesterday march 24th marked the start of a new era for Microsoft's Windows Operating system when they announced the latest version called Windows 11 which should've been called windows 10.5 in my opinion but there are many changes in this new version, some of which I like and some that nobody likes. Which we are going to discuss in this post.

I have tested Windows 11 in a Virtual machine using 6 gigs of ram and 150 gigs of storage using the leaked ISO that is available on the internet and didn't install it on bare-metal hardware so your mileage may vary. 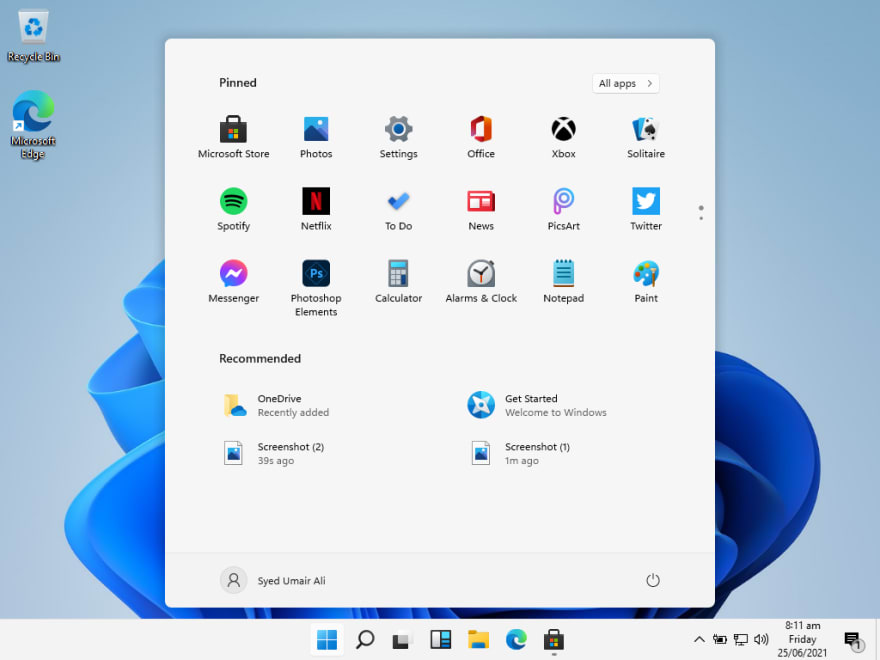 After the first boot you are greeted with the new centered start menu and centered taskbar icons which I'm not a fan of because I like windows 10's simple start menu without live tiles and the new one is just too big I guess. But i guess some people will like it. 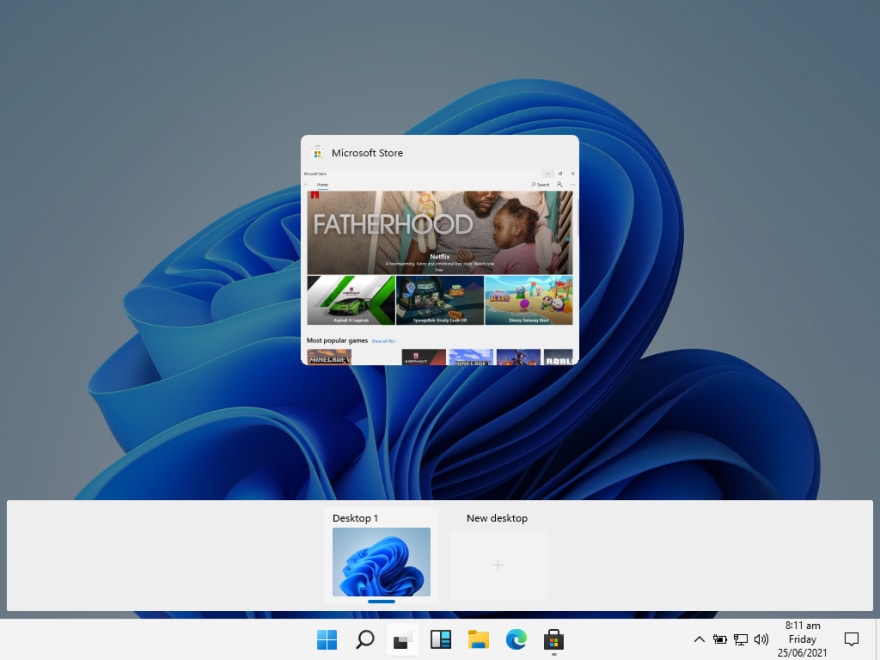 The centered taskbar, rounded corners, and new icons looks like it's copied from Mac OS the start menu is a copy of KDE's ditto menu and the new desktop switcher is just apple's mission control upside-down. The overall "visual-change" is not that appealing in this super early dev-build but the final product is expected to look gorgeous. But only time will tell about that. 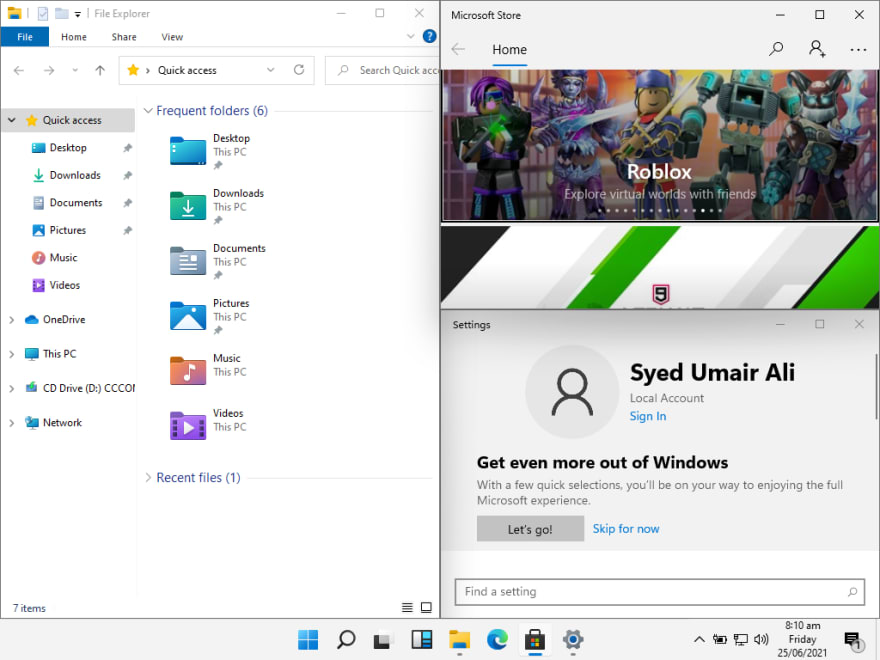 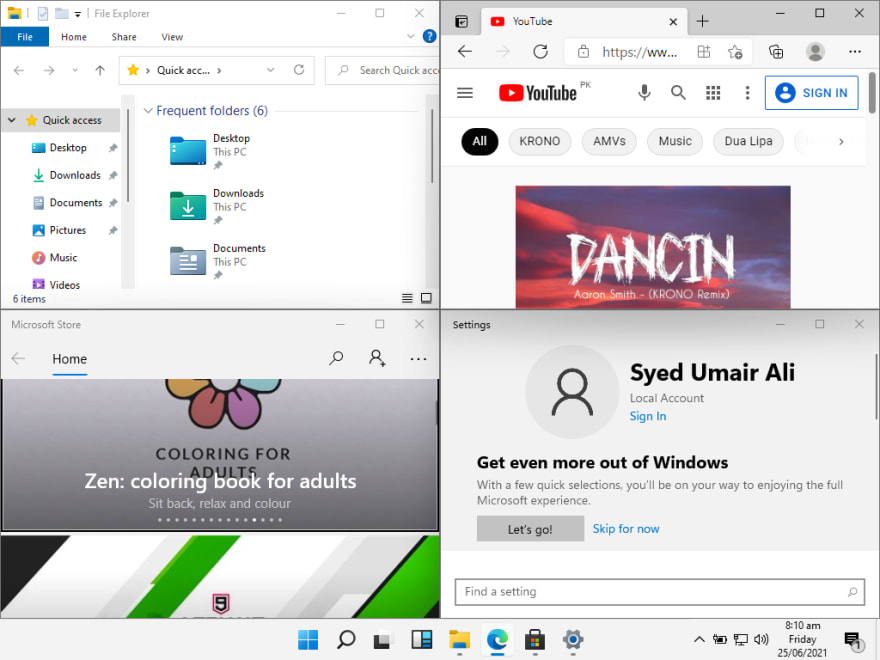 Window snapping is a very old feature available in Linux distro's for as long as I know, Most Linux users generally prefer Tilling windows managers because of the keyboard-driven workflow. This feature is also available in Windows 10 using the fancy-zones power-toy but in windows 11 they made it as a built-in feature and IT WORKS PERFECTLY.Period. I mean it's very well refined and intelligent(You'll understand when you use it) which makes my workflow a whole lot easier and productive. It's one of the smaller changes that have a bigger affect while multitasking. 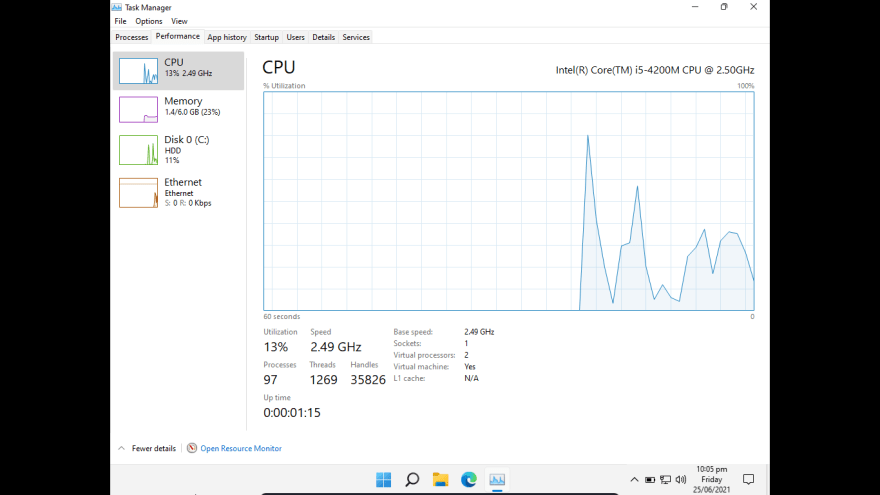 Okay so as how well it performs in a Virtual machine, It didn't feel like I was using a Virtual machine and I mean it when I say the performance is great. All of the under the hood improvements finally worked and it runs amazingly fast and responsive even the animations are great. Microsoft really did a great job in improving the performance of this version.

I'm waiting to test the release version which will have all the bells and whistles that Microsoft talked about in the event because this version is a very early developer build and many more features will be added to the release version.
Until then I'm sticking with Linux Mint on my main machine with a Windows 10 Virtual machine. My only concern is that telemetry will increase as even the start menu is cloud powered now and the 64 gigs that it will take to install.

Installing OpenCV on Windows for C++

Some thoughts on the new Microsoft Teams 2.0 architecture (WebView2/ReactJS)

How to Install Wine and Run Windows Software on Linux