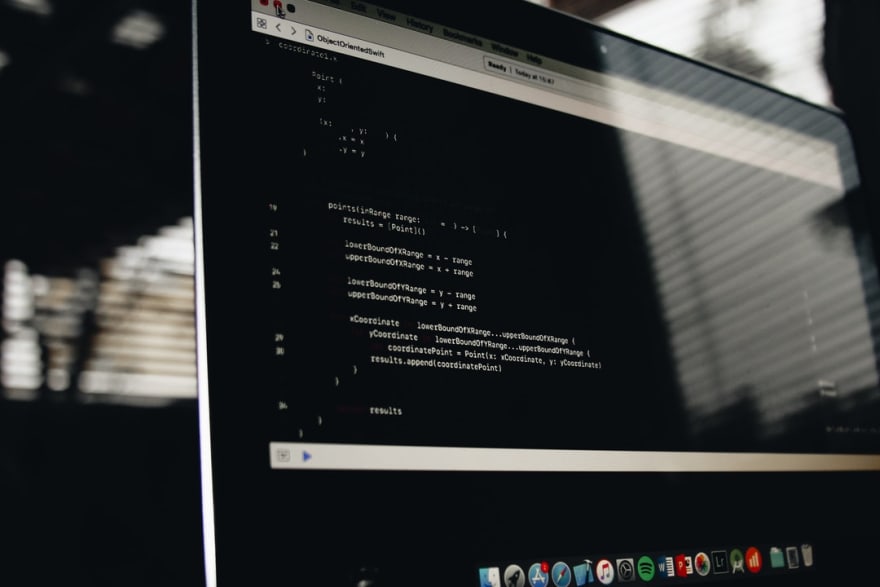 And it makes sense...

After all, as a team leader, you have a lot on your plate - from prioritizing your backlog to allocating work and keeping everyone in sync. And when you’re the single source of truth for your team, you’re most likely bombarded with questions on how your team is performing and when the new feature is likely to ship.

Every year, nearly 56% of the project managers are looking to switch their project management tool. And more developers are taking to social media to express how much they hate logging in to these tools, causing stale projects and out of sync teams.

You tried a new tool, played around for a few days, collaborated your teammates, and finally moved your entire team’s work. For the first few weeks, everything seemed to work just the way you expected it.

Your dev team actively updated statuses. You had real-time updates. And you finally had a graph on your dashboard that moved. But just when you thought your team fully adopted the tool, they stopped using it.

At the end of every standup meeting, you reminded them to update progress in the tool, and got several eyeballs staring at you wondering “why on earth would anyone log in to that cluttered app?”.

Productivity means changing project management software every 6 months and being totally convinced the next thing will def. work

So what do you do when your development team hates your project management tool with a burning passion of million suns? Surely you can’t have hour-long team meetings every single day.

Luckily for us, product and development teams have been using Zepel.io to manage their backlog and ship features since we opened up for public beta earlier this year. They’ve been sharing with us their pains and giving us valuable feedback, which has given us few insights that we’d like to share with you today…

1. Developers don’t get the big picture.

Don’t get me wrong. It’s not that they don’t get it. It’s just that it isn’t readily available to them.

A product manager paints a picture of how the feature is expected to work, explains how a user would use it, shares several mockups, and expects the developer to have the feature built before the deadline.

When product managers work on multiple projects, they have first access to what their users want and have the knowledge of how the product is likely to look six months down the line. They explicitly know why a certain feature is prioritized over the other, giving them the incentive to ask for status updates and make sure the feature ships on time.

Developers, on the other hand, are rarely taken into a conference room to explain what pain point a user has, how the feature they’re building is going to help address the pain point, and how it all ties with the product roadmap.

Sure, they know what features exist in the roadmap and when they might have to start working on them. But they rarely have the context of why they’re working on a feature and why certain features are prioritized higher.

We’ve all known for some time that people are more invested in their work when they understand the importance of their work. Unfortunately, most developers aren’t given this opportunity, giving them little to no incentive to take ownership and be proactive at sharing regular updates and getting work done with higher efficiency.

While product managers spend their time talking to users and scrolling the web doing their research, developers spend countless hours on editors typing their days away writing code.

Even when they’re looking for a solution on StackOverflow, their eyes are glued to the screen and hands hover over their keyboard. It’s how they make their living. The moment you mess with their keyboard, you break their flow.

Just look how unhappy developers were when Apple removed the physical escape button and made a change to the way the keys on the keyboard clicked on MacBook Pro’s 2016 edition - here, here, and here.

For a person who has their hands glued to their keyboard for the majority of their working hours, asking them to click a dozen buttons, scroll, and go through a twisty maze of pages and pop-ups just to update progress on a task, is going to make them grumble and recoil just at the thought of logging in to your project management tool.

3. Developers have a different clock ticking.

In the professional world, there are two kinds of clocks - the maker’s clock and the manager’s clock.

The manager’s clock is often written on Lifehacker and talked about on TEDx. It’s the clock that’s viewed like a traditional appointment book (like most calendar apps), with each day sliced into one hour slots for people to conveniently schedule calls and have meetings.

While it forces action when you look at it, it doesn’t meet the needs of a developer, nor sync with their mindset.

Developers, on the other hand, are wired to follow the maker’s clock which is split into units of half a day.

You might often see them staring at the screen without any tapping of their keyboards and appear unproductive. But that’s when most of their magic happen.

A huge chunk of developer’s work happens inside their head. They keep a mental note of how parts of an application that has already been written interact with the component they’re working on right now while keeping in mind the part that is yet to be written.

And when they’re distracted by a call for a meeting, their entire mental model comes down crashing, which is why it takes a while for a developer to get back to their groove.

A couple of distractions here and there might not be a big deal for a manager. There’s always something coming the next hour; the only question is what. But for a maker, that’s not the case.

A single meeting or a distraction can blow an entire afternoon. Researchers have found that it can take at least 25 minutes for a person to resume a task with full concentration after being distracted. It’s often why developers end up staying late at work when there’s nobody to chit-chat or to call them for a meeting. It's when they can zone in for a good chunk of time and get quality work done.

For someone on the maker’s schedule, having a meeting is like throwing an exception. It doesn’t merely cause you to switch from one task to another; it changes the mode in which you work. ~ Paul Graham

Every day, product managers are pushing developers to build features faster, and with more efficiency. Developers, on the other hand, are losing a huge chunk of their time due to meetings that can often be avoided by conveying through email. The last thing on their mind when they’re walking on a tightrope is to navigate through several layers of forms and update a status.

So What Is Zepel.io Doing About It?

After talking to several teams and understanding their needs, we had a heavens-parting-angels-singing moment. The feedback we’ve received has helped us build a desktop widget that allows you to quickly see tasks assigned to you, get a full blown picture of what’s shipping in the current milestone, and have a bird’s eye view of how your milestone’s progressing. 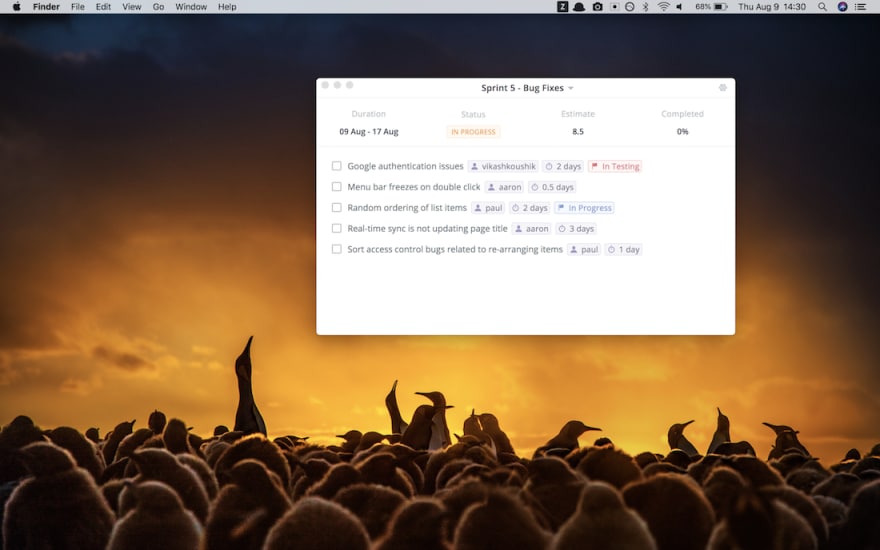 And if you’re a developer, you no longer have to open up your browser, log in, and navigate to the task assigned to you, just to update progress on a task. You could choose to use our easy to remember keyboard commands, or with just a click of a button, mark your tasks as completed, change statuses, and always keep your manager posted of your progress.

Keeping your teams in sync has never been this simple and effortless. It’s almost magical. Try it out for yourself. You’ll see what I’m talking about. 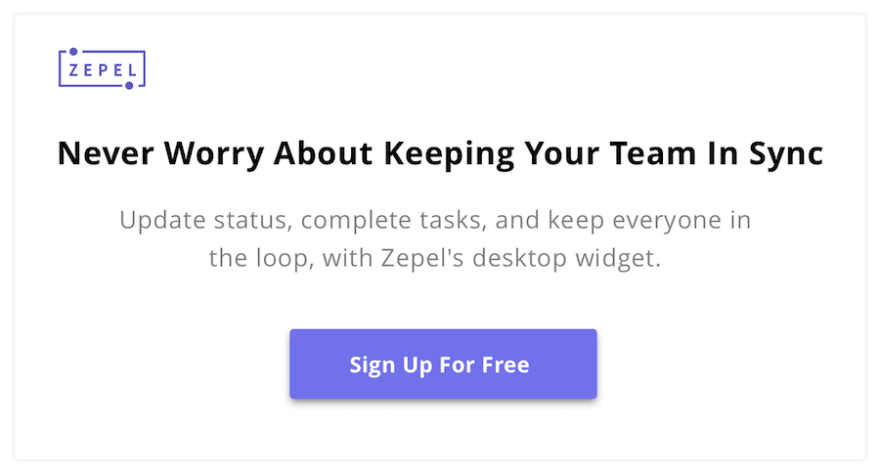 API Diff - Compare in seconds two versions of your API