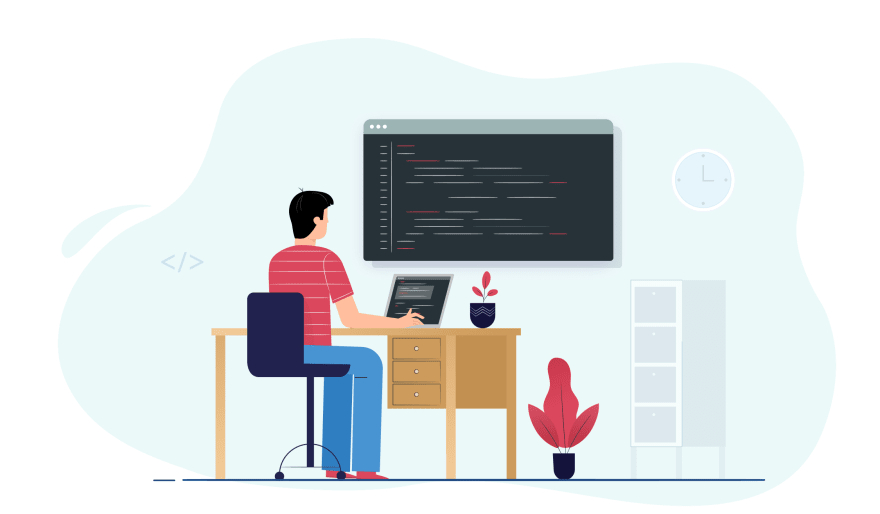 I can’t begin to tell you how confused I was when I first started learning Git commands.

"I typed git commit. Why didn’t my teammate get my changes? Oh, I have to do git push as well?!"

I’m sure I can list at least a dozen occasions where I was totally confused with Git commands and what they did.

Of course, there are more commands. But to avoid overwhelming you, we’ll cover just the ones you’ll use frequently.

Here are 13 Git commands that can speed-up your development workflow and allow you to go from a brand new repository to merging it.

The git init command is usually the first command you’d run in any new project that is not already a Git repository.

It can be used to convert an existing, un-versioned folder into a Git repository. Also, you can use it to initialize an empty repository.

cd into the directory you want to initialize.

Then, run this command.

This will transform the current directory into a Git repository. A .git sub-directory will be added. This will allow you to start recording multiple versions of your project.

Note: Running git init on an already initialized directory will not override any of your settings.

The git clone command is used to download the source code from a remote repository (like GitHub, Bitbucket, or GitLab).

When you clone a repository, the code is automatically downloaded to your local machine.

As a convenience, the downloaded version is linked to the origin (the repository from where you downloaded). I say this is a convenience because when you’re collaborating on the same project, you’d want to push your changes (more on that below) to a single repository.

But sometimes, people wouldn’t want to have this link. If your use case is similar, run

This will disassociate the downloaded repository from the origin.

Branch is one of the most important functionalities of Git. This allows teams to work on the same code base in parallel. It enables teams to create Git Workflows and make their workflows more efficient.

Say, you’re working on “Feature A”. And your teammate is working on “Feature B”. By creating a separate branch for each feature, both of you can work on the same code base in parallel without having to worry about conflicts (at least while you’re writing the code).

You can use this command to create a new branch, view existing branches, or delete a branch.

This command will create a new branch only in your local system. If you want this to be visible to all the members in the repository, you’ll still have to push the branch.

Command to view all branches

Git command to delete a branch

A mistake I often made when I first started learning git commands was forgetting to switch to the new branch I just created. Yes, after you create a branch, you’ll have to switch to it with another command. That’s where the Git Checkout command comes in.

This will automatically switch you to the branch name you mentioned in the command.

However, when switching from one branch to another, you need to keep two things in mind:

If you’re as lazy as I am, I’m sure you’d want one single command that will both create a new branch and automatically switch to it.

The below command does exactly that.

Every time you create a new file, delete it, or make a change, you’ll have to tell Git to track it and add it to the staging area. Otherwise, the files you made changes to wouldn’t be added when you try to push your changes.

This command will add only a single file to your next commit. If you want to add all the files to which changes were made, you can use

It’s important to remember that using git add will not make any changes in the remote repository. Your changes will be recorded only when you commit them.

Think of Git Commit command like a checkpoint in your development process.

It’s commonly used to save your changes. Maybe after completing a specific work item assigned to you in your agile tool.

Every time you commit your code changes, you’ll also include a message to briefly describe the changes you made. This helps other team members quickly understand what was added, changed, or removed.

This will commit all the changes in the directory you’re working in. Once this command is run, you’ll be prompted to enter a commit message.

To do this, run the following git command:

Note: The git commit command saves the changes only in your local repository. It does not push to the remote origin and make your changes accessible for others to collaborate.

To make all your committed changes available to your teammates, you’ll have to push them to the remote origin.

It’s important to remember that git push command will upload only the changes you’ve committed.

Of course, you’d want to have the latest updates from teammates as well!

The git pull command allows you to fetch all the changes that your teammates pushed and automatically merge them into your local repository.

In many cases, you will run into conflict because you had changed a line in a file that another teammate added. In such cases, you need to resolve the conflicts manually.

Git Diff is my go-to command when I want to quickly see the difference between my current branch and another branch (usually the branch I’m merging into).

This will show you any uncommitted changes in your local repository.

This will show all the file differences between the two branches.

To compare a file from two branches

This command will show a comparison of the changes made to file file.txt across the branches branch1 and branch2.

Git Stash temporarily shelves your work, so you can switch to another branch, work on something else, and then come back to this at a later time.

It’s perfect if you need to work on something else and you’re midway through a code change, but aren’t ready to commit the code.

This will stash your changes with the message you entered. This can be helpful when you want to come back and restore your stash, especially when you have several stashes.

However, this will only stash your tracked files that you added using git add. If you want to include the untracked files as well, run

When you want to view all the stashed code, you can view them using this command. Once you stash your code, git will assign a stash id, so you can restore a specific stashed code later.

This will automatically restore and apply the topmost stash in the stack.

If you want to restore a specific stash that you want to apply, using the above example, you can simply run git stash apply stash@{1}.

Note: When you use git stash apply, the stashed version will be applied to your current working branch. However, it will not delete the stash from the stack.

To automatically also delete the stash from the stack, the git stash pop command is used.

If you want to do it for a specific stash in the stack, run git stash pop stash@{0}.

When you’re feeling a bit lost with what’s happened in your repository (yes, it can happen) the Git Status command can tell you all the information you’ll need to know.

This can give you information such as:

This is where the git log command comes into the picture.

This displays the entire commit history. If your commit history is large, it’ll show only a portion of it and you can hit [space] to scroll or type q to quit.

Once you’re done with development inside your feature branch and tested your code, you can merge your branch with the parent branch. This could be either a develop branch or a master branch depending on the git workflow you follow.

When running a git merge command, you first need to be on the specific branch that you want to merge with your feature branch.

Let’s see how to use the git merge command with an example.

Imagine you’re currently in your feature branch called feature1 and you’re ready to merge it to the develop branch.

We must first switch to the develop branch using the checkout command.

Before merging, you must make sure that you update your local develop branch. This is important because your teammates might’ve merged into the develop branch while you were working on your feature. We do this by running the pull command.

If there are no conflicts while pulling the updates, you can finally merge your feature1 branch into the develop branch.

We do this by using the git merge command followed by the branch name that we want to merge into our current branch.

These 13 git commands should enable you to go from creating a brand new repository all the way to merging it to the parent branch.

But as a developer, your work doesn’t stop there.
One of the things you’ll have to constantly juggle is updating your progress in your project management tool.

That’s where you should look for an agile tool that goes beyond being just another project management tool and lifts some weight off your shoulders!

VS Code Tip of the Week: 3-way Merge Editor

Write Git Commit Messages That Your Colleagues Will Love

How to get Yolo badge on GitHub?