Wouldn't be nice to just do something like this to access API: example.com/api and for an app: example.com/app. Instead of typing stupid ports, you could establish routes for multiple containers, and those routes URLs could be anything. Reverse proxy using docker makes it easier to accomplish.

What is a Proxy?

Let me try to explain it using an analogy. Let's say you walk into your favorite restaurant. You are hungry. You want to have your favorite food. You give an order food to the waiter. The waiter takes your order and goes to the kitchen. The waiter asks the chef to cook all the things that you asked from the waiter. Chef cooked the food. The waiter brings your food. Simple?

Key things to note: You requested the waiter. The waiter fulfilled your request without making you go to the kitchen. The chef doesn't know for whom was that food.

Another example of proxy would be multiple computers in one company or building. All computers inside a company have IP address under the supreme IP address of a company. All the internet requests are made under one IP address which makes it harder to trace back to an individual computer.
Proxy is all about making secure external requests. 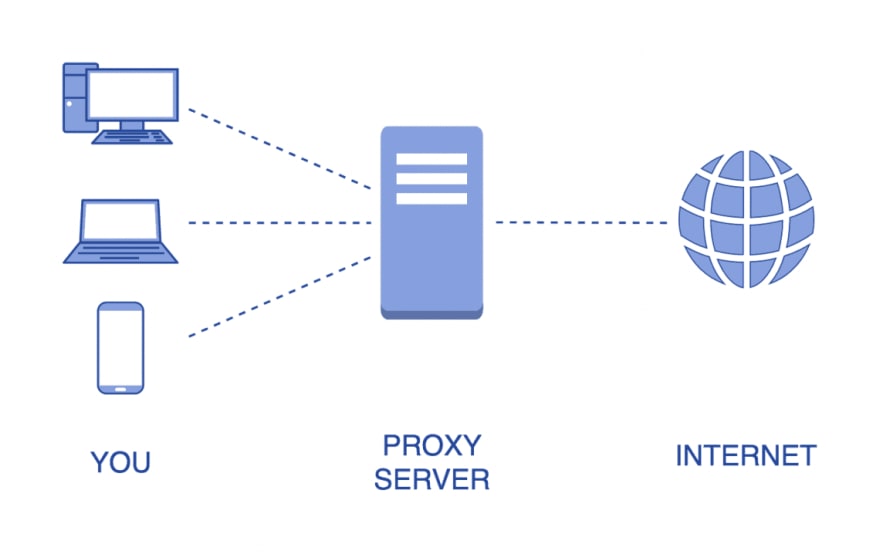 What is Reverse Proxy

It would not be fair if I don't throw in an analogy here. This analogy is old. Disclaimer: Don't judge me, I am a tech-savvy person. Let's say you woke up in the morning and you see postman on your door. Postman gives you multiple letters, invoices, postcards, and other forms of letters. All those letters are sent from different places, but they all end up to you at the right place.

Note: Senders didn't have to make direct contact with you. Postman retrieved letters on behalf of you from multiple sources. 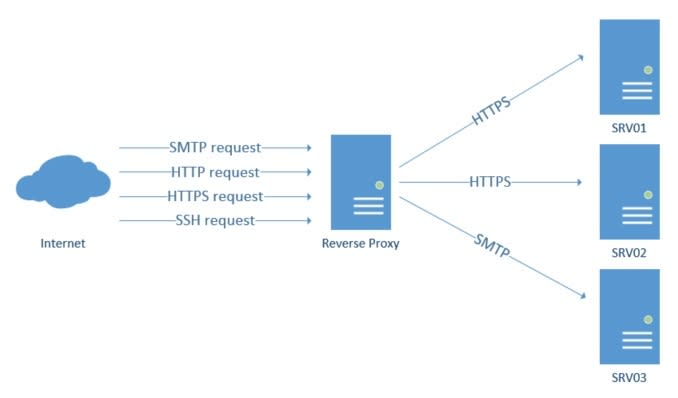 Let's establish a use case for setting up NGINX reverse proxy using docker. Inside the docker container, it is not possible to access ports and IP addresses that are private unless they are bound to host. We can use a reverse proxy to access multiple web applications running on multiple containers through single port 80. We will set up Nginx container that will be bind to port 80 to the docker host's port 80 and it will forward the request to web application running on multiple containers. 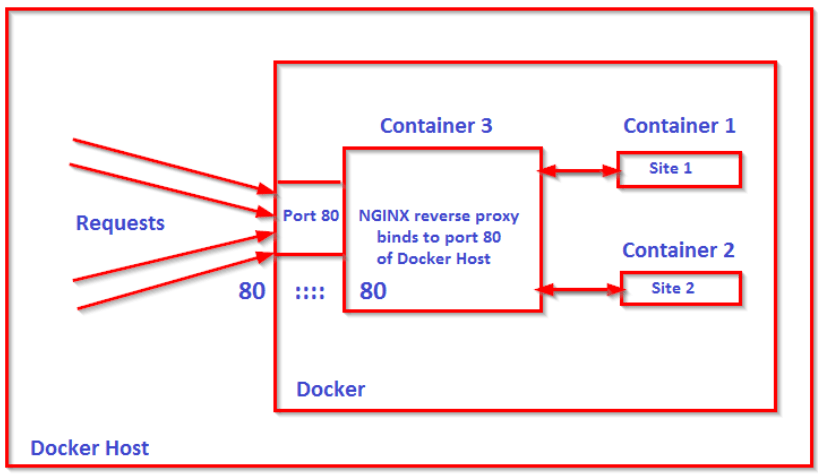 We need to set up two containers for web services or two applications that could be written in any language. But for the sake of the tutorial, let's create two web services with a simple index.html page.

Structure for our web service 1:

Then paste this YAML code in the file:

Ouick tip: Make sure that the indentations for all the YAML files correctly formatted. You can also use the VS Code to format them correctly.

You should see your container with a name:

Great! Now we have the two running docker containers that we want to bind to the proxy. Note: Both these containers are supposed to be running on port 80 so we have to set up a proxy that will direct requests accordingly. So let's set up the proxy.

This will be file structure for the proxy:

Let's begin by creating all the necessary files.

Note: Make sure indentation is right when copying my file to the terminal.

Here is the main part where we are actually implementing proxy. (Technically we did it in default.conf) This docker-compose.yml file will connect two external networks named site1 and site2 to the proxy. The binding of port 80/443 of this proxy is implemented on the Docker host's port 80/443. We already created our two docker containers for Webservice and we created two external docker networks with the name site1_default and site2_default.

Now let's create a standard configuration for the proxy.

This configuration helps to decode the SSL certs and keys using the ciphertext.

We have a container and now run the container

Now, you should see three running docker containers. Two for web services and one for the proxy container.

Let's verify if our reverse proxy is working

You should see this response:

One of the benefits of a containerized application is that you can add and deploy applications easily. You can add as many web services containers as you want by adding configuration to default.conf and adding the external network to a docker-compose YAML file. This example illustrates how easy it is to use docker and Nginx to set up a reverse proxy. Imagine having multiple applications running on docker containers and all of their requests are getting redirected by Nginx container. You don't need to worry about adding configuration manually. You can simply automate the process using Docker APIs, which is a good concept to talk about for another blog.

Thanks for reading the blog and I hope it helped you to understand the pretty unique concept.

Leave me a comment if you have any questions or concerns.

👋 Haven't Posted on DEV Yet?

Once suspended, sukhbirsekhon will not be able to comment or publish posts until their suspension is removed.

Once unsuspended, sukhbirsekhon will be able to comment and publish posts again.

Once unpublished, all posts by sukhbirsekhon will become hidden and only accessible to themselves.

If sukhbirsekhon is not suspended, they can still re-publish their posts from their dashboard.

Once unpublished, this post will become invisible to the public and only accessible to Sukhbir Sekhon.

Thanks for keeping DEV Community 👩‍💻👨‍💻 safe. Here is what you can do to flag sukhbirsekhon:

Unflagging sukhbirsekhon will restore default visibility to their posts.