Application Security Testing helps organizations improve their comprehensive security posture by proactively identifying source code weaknesses and mitigating vulnerabilities as they arise. Unfortunately, irrespective of the security practices followed to develop an application, weaknesses, and vulnerabilities are commonly found and arise due to several factors. As a result, a single mechanism to test security vulnerabilities is rarely adequate. To help with this, SAST, DAST, IAST, and RASP represent a collection of security testing mechanisms that help with monitoring and automated testing across various phases of an SDLC.

In this article, we delve into details of the SAST, DAST, IAST, and RASP testing mechanisms, the purpose each of these mechanisms solve, and popular application security testing tools for each.

Earlier on, firms tested and fixed security issues at the end of the development process, which was considered inefficient due to the time and cost it used to take. In the modern technology landscape, organizations leverage the DevSecOps model to introduce security checks since the earlier phases of development, enabling instant feedback for rapid fixes.

Given the complexity of modern web applications, software teams are recommended to have complete visibility over weaknesses when source code is pushed into a repository. To do so, automated testing mechanisms and tools are a much-needed boon. Besides ensuring security, automated security testing also enables agility by early identification and remediation of security issues.

The following section outlines various Application Security Testing methods and their importance in a software’s lifecycle.

One of the most recommended best practices is to ensure that application vulnerabilities are never left as an afterthought during the development cycle. Instead, organizations must address vulnerabilities throughout all stages of development and deployment to reduce sensitive data exposure and the chances of system compromise even while the application is not released for general usage.

A comprehensive application security testing process can be administered through several mechanisms that target different phases of a software development life cycle to ensure maximum accuracy in identifying threats and vulnerabilities.

Static Security Analysis or Static Application Security Testing involves analyzing an application’s source code before it is compiled to identify issues during initial development. Also known as White Box Testing, this security testing methodology does not require the application to run in production and gives developers real-time feedback while they write code.

Through intuitive graphical representation, SAST tools help developers navigate their code base for errors while pointing out where vulnerabilities are located. An essential feature of these tools is their capability to highlight malicious code and provide guidance on remediation with minimal human effort.

Some popular Static Analysis tools include:

DAST involves analyzing the application’s source code to uncover runtime vulnerabilities that developers can’t identify during code review. Also known as Black Box Testing, this approach examines the application’s security posture from an attacker’s viewpoint. The mechanism relies on a database of known vulnerabilities, mimics an attack, and raises alerts in case of attack success. Additionally, a DAST scanner notes how the application responds during an attack, thereby reducing false positives and providing critical insights on enhancing existing security features and controls.

DAST mechanisms are typically used to identify vulnerabilities such as:

Some popular DAST tools include: 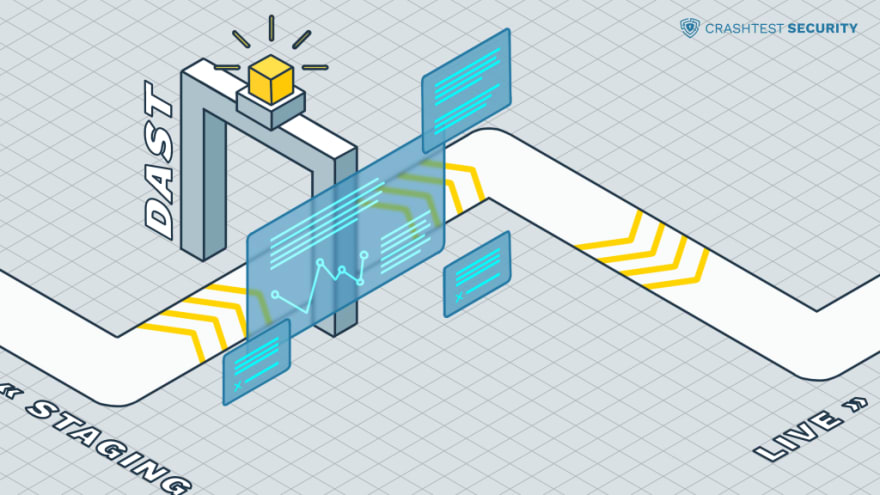 At its core, IAST combines the benefits of DAST and SAST mechanisms by identifying runtime vulnerabilities and highlighting poorly written lines of code.

These tools also easily integrate into DevOps-based CI/CD pipelines to offer holistic testing without requiring extensive configuration changes. Due to the inherent nature of providing a comprehensive solution for full-stack security automation, IAST mechanisms are popularly used to detect and mitigate the most known vulnerabilities.

Some popular IAST tools include:

RASP analyses a web application’s behavior and the context to detect malicious input or threats in real-time. Such tools utilize the application’s innate capabilities to monitor its own behavior, enabling the autonomous detection and mitigation of attacks. Due to its flexible methodology to track vulnerabilities, RASP can be accommodated across all phases of the SDLC and is preferred in a wide range of use-cases.

Once a RASP platform has been installed on a server, it incorporates security by intercepting communication between the app and the user. The RASP agent performs such security functions as data validation and user authentication directly within the application.

Some popular RASP tools include:

To ensure that security practices do not disrupt workflows and development agility, organizations should embrace autonomous testing tools that integrate seamlessly into existing CI/CD pipelines. These tools offer continuous, valuable feedback so that development teams can prioritize the vulnerabilities to address. Automated tools also ensure continuous monitoring of business-critical applications that could be the target of constant threat attacks.

Automation in security testing also enables developers and QA teams to analyze modified code and automatically notify teams of potential vulnerabilities. Automation, as a result, is considered one of the main pillars of implementing security that helps to monitor and mitigate vulnerabilities early within the SDLC, reducing risks of data breaches and vector attacks in production.

In modern application development, organizations enforce agility by creating and publishing updates frequently. However, if security testing is retrofitted at the end of the development lifecycle, vulnerabilities become arduous to identify, and as a result, require more effort to mitigate than initially planned.

Besides, last-minute code changes are always costly, poignant to reduce overall productivity, and may lead to loss of business reputation. On the other hand, administering security earlier in the development cycle enables earlier vulnerability detection, thereby helping developers observe general guidance to write clean, secure code through all stages of the SDLC.

While third-party and open-source components speed up the development process, some may come with vulnerabilities that can compromise the security of the entire web application. Therefore, it is important to implement security testing at the Application Programming Interface (API) level to ensure these components don’t expose an attack surface.

As a recommended best practice, organizations should keep a detailed inventory of all integrated components of the application and frequently test their codebase for vulnerabilities.

When developing and integrating security practices, it is important to think like an attacker and consider different methods hackers might use to access the application and exploit privileges. One practice of doing this right is to consider Threat Modelling that enables organizations to anticipate the attacker’s actions and help identify the right security controls.

Threat modeling also shows how the application behaves when under attack, allowing efficient threat mitigation and counteractions in the event of an ongoing attack.

Most testing models focus on external components or endpoints, so attackers turn to vulnerabilities within the organizations’ internal systems to gain access. Therefore, security testing tools and mechanisms should be deployed to ensure strict controls at interfaces between internal systems. Security teams should also watch for compromised accounts and other insider threats that can be used for privilege escalation.

Automated Security Testing enables organizations to automatically identify and plan to remediate vulnerabilities within their application code. Unfortunately, the absence of comprehensive automation in testing is considered one of the most prominent reasons tech stacks are exploited through a range of attack mechanisms. To avoid this, a pragmatic cross-combination adoption of IAST, SAST, DAST, and RASP is one of the easiest yet efficient approaches that organizations can leverage to secure dynamic workloads.

This article has already been published on https://crashtest-security.com/sast-dast-iast-rasp/ and has been authorized by Crashtest Security for a republish.

CSS Hacks: What is ::before and ::after?