In the React Docs on Components they do a great job of laying it all out. I definitely recommend reading it over. This article should provide you a quick overview of the Lifecycle, it's most commonly used methods, and how some of the common Hooks fit into that lifecycle.

So first, as React was initially based around, and still probably most commonly used at least for now, classes. The Lifecycle Methods are methods of React Classes.

We can break these methods up into three categories:

Updating seems self-explanatory, but what does it mean to mount or unmount?

When a Component has mounted that means that a couple things have already taken place.

At this point in time specifically after this Component for the first time has been initialized with its constructor() and it's first render() called it has mounted.

It is, in simplest terms, the first time that a Component renders to the screen. This is where the componentDidMount() lifecycle method comes in.

This method is where, as a developer you'd like to make an API call, an initial database query, basically anything that can take some time fetching from a remote source. The Component has already rendered so the User won't be staring at a blank screen while waiting for the data to come back because these are asynchronous tasks.

You can also setState() inside of this method and if it's not dependent on an asynchronous task it will fire another render(). The good thing is with a synchronous task here the User will not see the intermediary state.

So what happens on an update? Well, a render() of course! Followed up by our next lifecycle method componentDidUpdate().

Now there is a less used method shouldComponentUpdate(), but take a look at the React Docs on Components if you want to know more about the usage of that.

This'll be a quick one. We already know that new props or setState() causes a render() and then componentDidUpdate() will fire.

What do we use it for though?

It's almost exactly the same use as componentDidMount(). Network requests are a big use case for this method. You can just the same call setState() inside this lifecycle method.

To clarify here's an example straight from the Docs that we'll add one line to and break down a little bit.

We can tell there's a method on this class Component called fetchData() that clearly takes a userID. We see that the userID is coming from props. Okay, nothing crazy.

To understand where the problem lies lets layout the lifecycle method calls.

Lets say this component has already went through

And now in our program the user has performed an action that changes our props. Lets say they entered their ID into an input and now we pass that down as a prop to this Component.

At this moment if we do not compare the Previous Props to the current Props and ensure that they are different we will fall into that infinite loop because state is set inside the update.

This will also be quick. The only time this is ran is when the Component is being taken out of the DOM tree altogether and destroyed. And it has only one method: componentWillUnmount().

Now this is one personally I haven't used yet. The Docs put it pretty succinctly and in a way that I understand but haven't in my little React experience needed quite yet.

Perform any necessary cleanup in this method, such as invalidating timers, canceling network requests, or cleaning up any subscriptions that were created in componentDidMount().

Don't bother using setState() in this method as the Component is removed and destroyed immediately after whatever functionality you have inside this function.

No amount of standing outside it's house with a boombox jamming "In Your Eyes" by Peter Gabriel will bring it back. 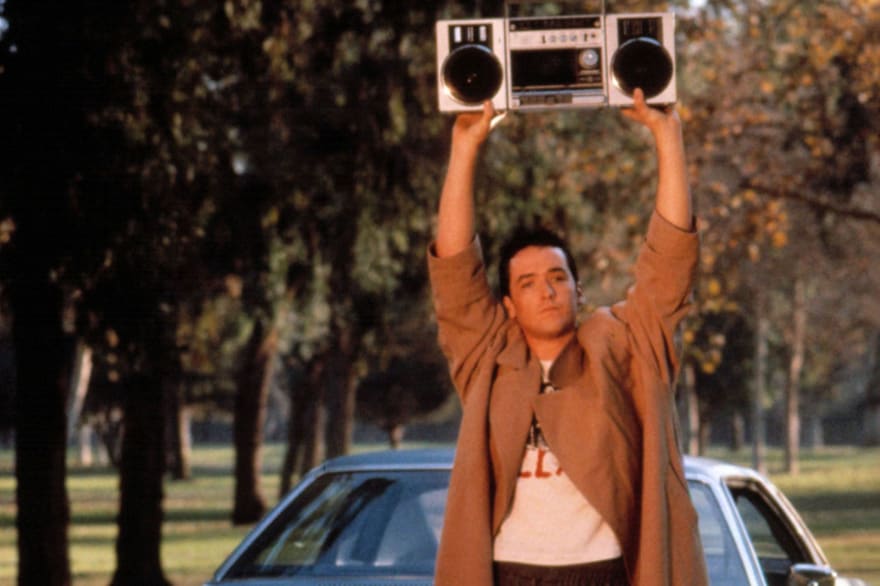 Definitely still go to the React Docs on Components and read up. They have great examples, they show the less used (but still useful) lifecycle methods, and they also include the Error Boundary ones which I did not for simplicity.

This was absolutely the biggest help for me to get a better grasp on these React Lifecycle Methods. Oh, and did I mention to read the React Docs on Components?

Creating a Gradient Component in React From Design Tokens