It's time to take a little break from coding and talk about something that really matters #womenintech.

My mother was a technical copywriter who worked on the National Aeronautics and Space Administration (NASA) Apollo and Shuttle missions. Here she is at work sometime in the 70s. 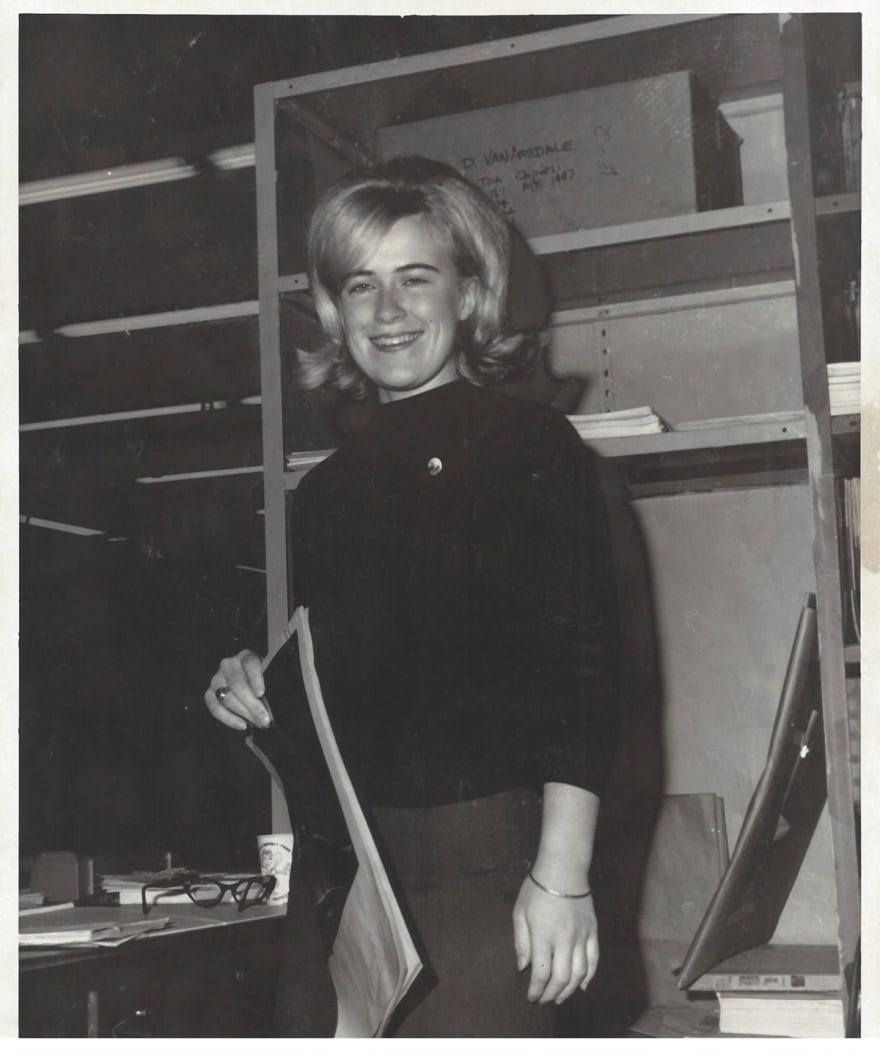 She died nearly twenty years ago in the midst of returning to college part-time to get a bachelors degree. This post is a tribute to her memory as well as the other unsung #womenintech whose story may never be told.

I was a NASA baby. I say that because my mother and father both worked on NASA missions where they met and fell in love.

Growing up with parents who worked on NASA missions I thought there were lots of women in technology. I can remember being very young and attending family events at Goddard Space Flight Center in Greenbelt, MD where there were many women in attendance. My godmother worked for NASA. I bought my first car from another woman who used it as her daily commuter to and from the office. After hearing about some of the challenges #womenintech faced in the 70s and 80s I learned at an early age even at NASA being a woman was a struggle at best.

It wasn't until recently that the unsung women computer scientists and mathematicians at NASA gained some sort of notoriety. During the space race and even in historical accounts Wernher von Braun gets a lot of the attention for his contributions to the Saturn 5 rocket. But we don't hear so much about Annie Easley, an African American woman who was called a "human computer", or Margaret Heafield Hamilton whose contributions led to the success of the Apollo 11 mission. She also coined the term "software engineering". When Hollywood steps in and tells the story of Katherine Johnson, Dorothy Vaughan, and Mary Jackson in "Hidden Figures" the Director and screenwriters only end up messing up the details and making crucial mistakes when portraying women of color.

Then there's my mom. Before I was born in the 70s, Beatrice Lankford was a single mom who raised my older sister. I can't even imagine the struggles she faced at times. Men treated her poorly throughout her life. She was one of the most giving and compassionate people I have ever met, often forgetting to treat herself to nice things because she was so busy making others happy. One of the constants in her life was work. She worked as a technical copywriter in Columbia, Maryland for Bendix, a company contracted with NASA early in her career. According to my older sister, she edited and proofread slides that were displayed in mission control during the Apollo missions. Growing up in the 80s I can remember her working on technical manuals for the shuttle missions. Below is a photo as I remember her after she got an award for 10 years of service at Bendix in the mid-80s. 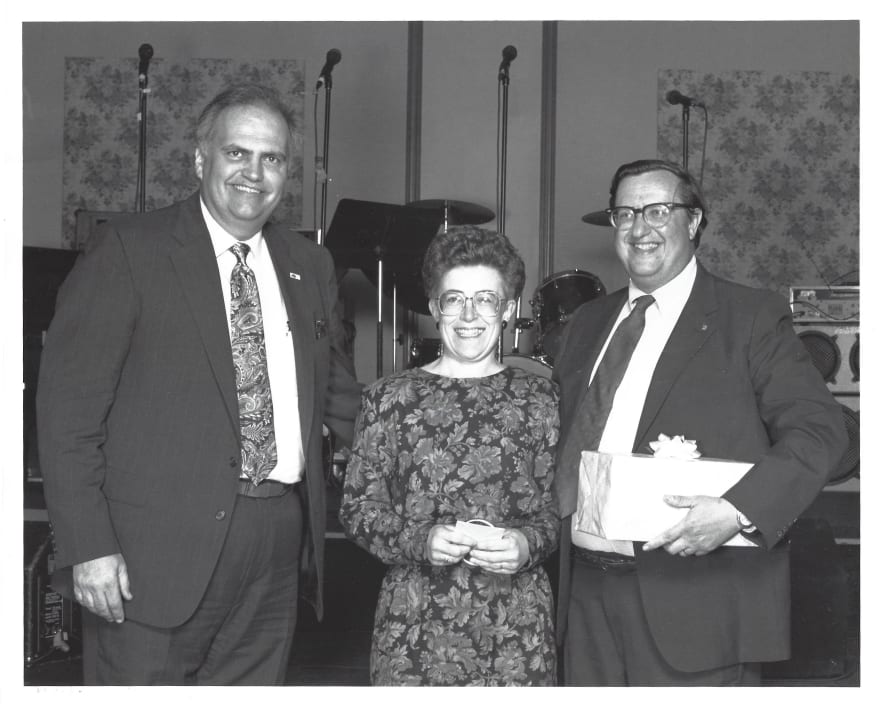 Having parents working in technology you'd think they would pressure me into following their path. Considering my father, his father and his father before him were engineers it could have been a foregone conclusion I would enter the field of engineering. To the contrary, at a young age my mother saw I had a keen interest in the Arts and nurtured my artistic side. When I was around 8 years old my parents got me into a community college drawing class filled with adults. I was the only kid taking the class. She subscribed to a children's book club and read to me when I was really little. She made sure even though we had no immediate family to lean on I was surrounded by good people, by strong women, while she was busy at work. She was the best mom a little boy could ask for.

One of the attributes women often bring to the table that men often lack is empathy. Empathy is not talked about so much in computer science or web development, but it is a much needed trait. A lack of empathy for the end-user of the products we build as engineers leads to frustrating user experiences or poorly implemented product design.

When I became an adult I ended up attending college at Rensselaer (RPI), George Low (one of NASA's administrators) once attended college there and later sat as president of the institute. My mother was tickled pink with that decision. When I arrived at RPI my freshman year I found there were so few women in the freshman class they had enough men left over to fill an entire dormitory. I happened to be in the remainder of men who couldn't live in a co-ed dorm. I would later find out the ratio of 1 woman to every 7 men in my freshman class was typical in technology.

I am not going to begin to profess why girls in grade school begin to loose interest in STEM related fields, but I do believe that things haven't changed all that much in the years since my mother worked. At large corporations I have seen sexism first hand. Whether it's in stand up when the men jokingly say "give the woman the stupid simple tasks" or in the unspoken acts when the managers fail to promote women who deserve a position over the men, or the unequal pay because of gender, we still have a long way to go for women's equality in the workplace.

There is one message I want to give the men who are reading this. Just remember that woman you are hiring is someone's mother or could one day become someone's mother. Would you pay your own mother less than a man in the same position? Would you give your mother only the "stupid simple" tasks? I didn't think so. It makes me incredibly sad to find that in 2019 it's more likely to find a woman, particularly minority women, in the position of janitor rather than software engineer. Why are we asking our mothers to clean the bathroom when we could be asking them to design the rockets that take people to Mars?

It turns out in 2019 women are in charge of 3 out of the 4 science divisions at NASA. Are there a lot of women in administrative positions where you work? There is hope though for a brighter future where women and men can finally be on equal footing in technology. I believe the private sector can learn a few things from NASA.

Happy Mother's Day to all the #womenintech who are mothers!

In June I'll be giving a 5 minute lightning talk about "Growing Up With A Mom In Tech" at ACT-W National in Portland, OR.

The ACT-W, Advancing the Careers of Technical Women, Conference is an engaging event where talented women and supporters can build skills, grow their community, and accelerate their career path by connecting with companies that truly fit them best.

Attend the conference to learn from the experts that have taken their career in tech to the next level, and will show you how to do the same in Portland, Oregon, June 28-29, 2019.

Register for the event: http://act-w.org/

To TS or not to TS, that is NOT the question. Is it?

How many interviews do you take per week or per day or per month?