Rails uses a series of initializers to initialize your application. While some of them might come from the gems you use, most of them are the Rails' built-in ones. And in some rare cases, you might need to customize some of them for special usages.

For example, I had to replace my app's set_routes_reloader_hook initializer (the one that generates routes for your application) to benchmark our route generation logic. And it took a while to figure out how to do it the right way.

So if you don't need to do this, that's totally normal. But if you do, this post is for you.

In this post, I'll use the set_routes_reloader_hook initializer as our example. And the replacement will be done in 3 steps:

And finally, I'll show you how to reuse the original initializer's body instead of copy&paste the code.

When talking about replacing a Rails initializer, your first thought might be modifying the Rails::Application#initializers directly. But that won't work.

So every time you call Rails::Application#initializers, it returns a new array of initializers, and the change made on it won't be applied to the rest of the app.

What we need to do instead, is to identify which source that our target initializer belongs to:

Now we can see that the set_routes_reloader_hook is defined in Rails::Application::Finisher.

And then the last step: drop the target initializer

Since we're "replacing" the initializer instead of just dropping it or adding a new one, it means the new initializer may be very similar to the old one or just an extension of it. But because initializers aren't methods, we can't use super like

If this is bothering you, here's a trick: We can extract the old initializer's block, and use instance_eval to evaluate it inside the new initializer

Thank you for reading this post. If you like it, I also wrote some articles about debugging Rails applications/Ruby programs 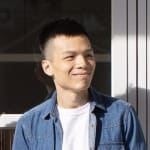 Changing the Approach to Debugging in Ruby with TracePoint

Optimize Your Debugging Process With Object-Oriented Tracing and tapping_device

I'm also working on a gem called tapping_device. It can help you debug Ruby programs more easily by making objects tell you what they do.
Not sure what it means? There are examples in the readme 👇

TappingDevice makes the objects tell you what they do, so you don't need to track them yourself.

A few sneak peeks into Hey.com technology (I - Intro)