As the world of cryptocurrencies begins to hot up yet again, it may be time to give a little bit more attention to one of the more cutting edge technologies to come out of Bitcoin’s famous 2017 bull-run: the blockchain smartphone.

The world’s most popular cryptocurrency, Bitcoin, inspired investors and smartphone manufacturers alike three years ago when the token rallied to an astonishing value just shy of $20,000 before a significant crash.

Many projects that focused on Bitcoin’s blockchain technology were dreamed up and put into motion during the 2017 run, but so far very few have captured the imagination of consumer markets. However, as Bitcoin seeks to emulate its former glories in a seismic 2020 run, the time may be right for blockchain smartphones to join the cryptocurrency in pushing towards the mainstream.

So, What Are Blockchain Smartphones?

What can blockchain smartphones that your typical iPhone can’t? Well, it depends largely on the device that you’re thinking of.

Blockchain smartphones utilise a rich layer of security for cryptocurrency holders through a built-in ‘hardware wallet.’ This means that anybody who’s investing in cryptocurrencies can store their portfolio in something that essentially acts like an offline digital safe that encrypts scores of vital and private information.

While this might not seem like a significant reason for the casual crypto investor to dump their iPhone and order a blockchain device, data privacy is becoming increasingly sought after in modern society, and there are very few technological developments that offer the level of security that blockchain’s capable of ensuring. This means that our data can be virtually immune to cyber-attacks and breaches. 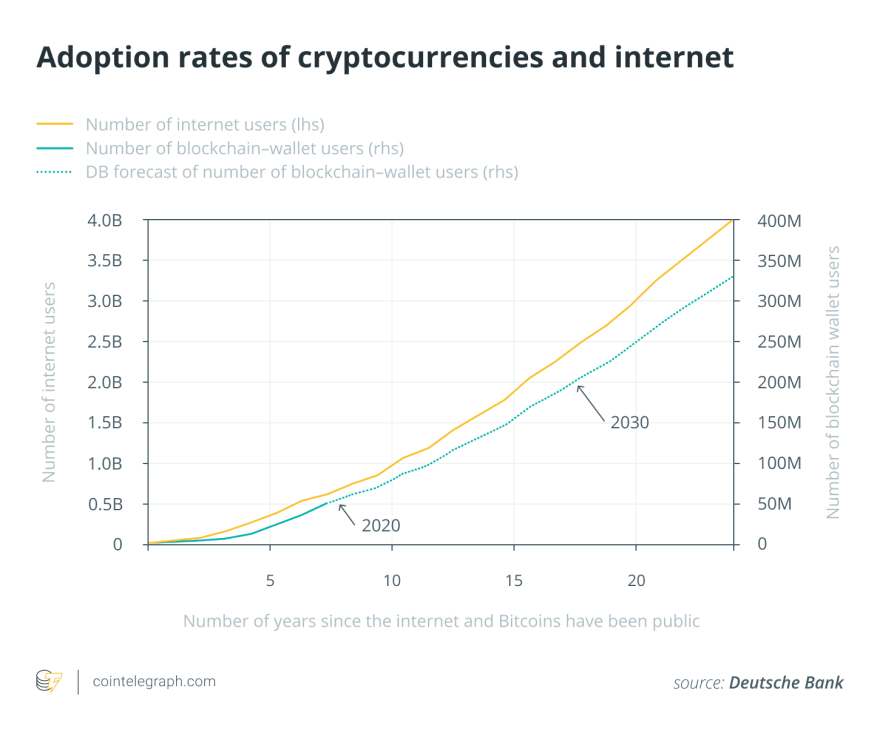 Interestingly, data suggests that cryptocurrency adoption is loosely following a similar pattern to that of the internet’s early growth. If these figures are sustainable, it means that there may soon be a huge volume of investors who will be looking towards blockchain devices to ensure that their digital assets remain secure.

Another key perk of blockchain smartphones is that they typically come with decentralised applications (DApps) which can be essential for cryptocurrency users. This can bring about a brand new wave of practical uses for crypto assets that would otherwise be inaccessible for more traditional smartphone users.

Perhaps the most significant arrival on the blockchain smartphone market comes in the form of the Samsung S20.

Although the device isn’t strictly a blockchain smartphone, the device did come with rich improvements to the S10’s support for cryptocurrency wallets. Notably, the smartphone giants said of the S20’s launch: “We created a secure processor dedicated to protecting your PIN, password, pattern, and Blockchain Private Key. Combined with the Knox platform, security is infused into every part of your phone, from hardware to software. So private data stays private.”

However, one of the leading models when it comes to blockchain smartphones is the Sirin Labs Finney. The Finney features an ultra-secure blockchain vault for various different crypto assets.

As a firm that champions cybersecurity, Sirin Labs have also offered an intuitive rewards system for users who show an interest in various new blockchain projects - rewarding their time spent researching tokens by providing them with tokenised rewards. The incentive is called ‘Learn and Earn.’

Another example of a popular blockchain smartphone is the HTC Exodus. When the Exodus was first launched, it was exclusively available to purchase via cryptocurrency. The device’s Zion private information vault offers a heavy level of security for investors and the phone’s functions come with great levels of usability. However, the device itself comes as a relatively standard entry onto the smartphone market despite the inclusion of blockchain technology.

The world of cryptocurrencies isn’t just expanding towards the smartphone landscape, blockchain technology is also becoming incorporated into the watch market.

To date, three prestigious Swiss watchmaking companies have created timepieces that have been inspired by both Bitcoin and the wider world of crypto.

Notably, Frank Muller released its range of cryptocurrency watches in 2019 called the ‘Encrypto’ line. The watches themselves would be made from luxury materials like gold, diamond and carbon fibre, but, significantly, the dial of the timepiece would feature a laser-etched QR code for its corresponding public wallet address for receiving Bitcoin payments. The watch was released in partnership with Regal Assets, with its core functionality featuring a Bitcoin cold storage feature.

However, with prices ranging from $20,000 to $65,000 for the Encrypto, many customers may find that they won’t have much Bitcoin left to store after purchasing the watch.

As Bitcoin hurtles towards a brand new bull run, it’s likely that we’ll see even more manufacturers and developers across a range of industries become further inspired by the potential of blockchain technology.

With more widespread adoption just around the corner, we may be heading to a new era of prominence for the blockchain smartphone.

Decentralized KYC on Hyperledger in a Government context

Dmytro Spilka
Dmytro is a CEO & Founder of Pridicto and Solvid. Published in TechRadar, Entrepreneur.com and ITProPortal.
Is blockchain technology really secure or is it still susceptible to security breaches?
#blockchain #security #privacy
Delivering decentralized change: How DeFi can take blockchain to the next level in 2021
#blockchain #bigdata