We are excited to release a major update to the popular Marquee VS Code Extension. Most notably, we’ve fully open-sourced the repository (under the MIT License) to encourage community participation in Marquee's roadmap in the form of discussions, feedback, and code contributions through public channels on GitHub. 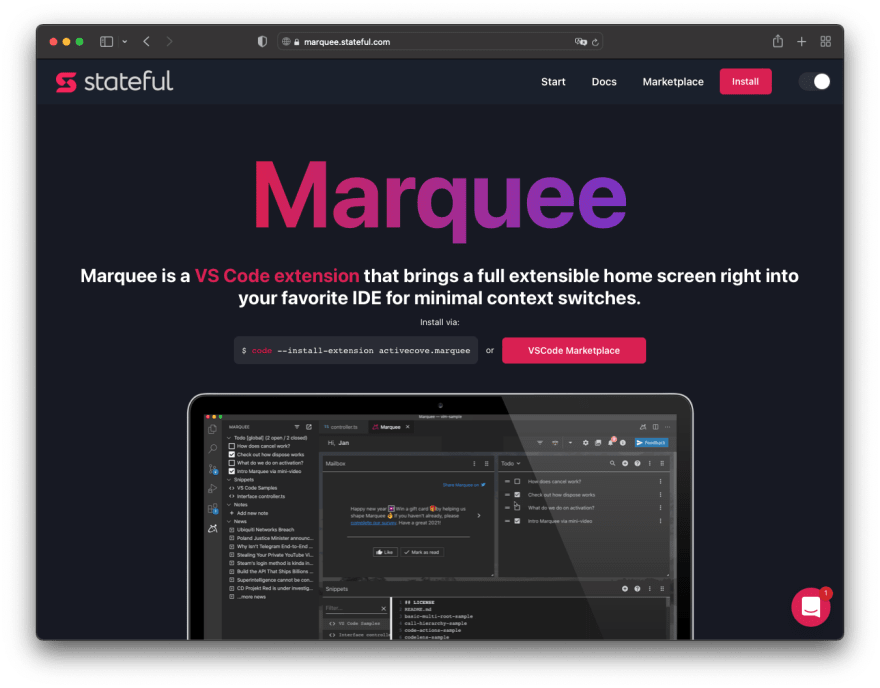 A lot has changed under the hood to boost Marquee's performance in this open source release (v2). It also includes a handful of improvements:

Come find us either on GitHub, our community channels on Discord & Gitter, or through the in-Marquee feedback channels. Also take a look at the roadmap to see what's on Marquee's horizon.