This post is a continuation of my other post Javascript Scope rules. If you haven't read it, check it out first.

First, let me say that this blog post is highly inspired by the great JavaScript book You Don't Know JS, by Kyle Simpson.

I am assuming you have a good understanding of how JS scope rules work.

The first traditional phase of a standard language compiler is called tokenizing or, lexing.

What is Lexical Scope?

Lexical scope is a scope that is defined at the lexing time. In other words, lexical scope is based on where variables and blocks of scope are authored, by you, at write time.

Let's consider this block of code:

There are three nested scopes inherent in this code example 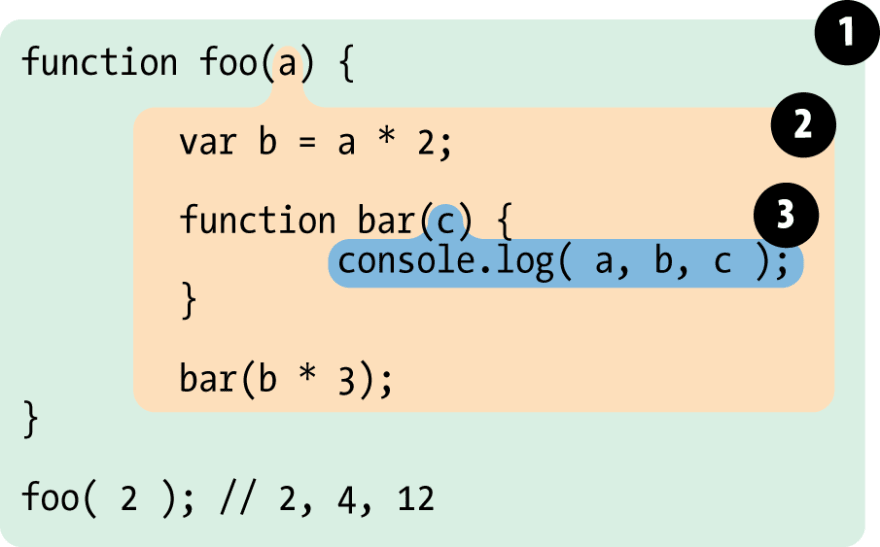 In the above code snippet, the Engine executes the console.log(..) statement and goes looking for the three referenced variables a, b, and c. It first starts with the innermost scope bubble, the scope of the bar(..) function. It won't find a there, so it goes up one level, out to the next nearest scope bubble, the scope of foo(..). It finds a there, and so it uses that a. Same thing for b. But c, it does find inside of bar(..).

So in short, Lexical scope means that scope is defined by author-time decisions of where functions are declared. The lexing phase of compilation is essentially able to know where and how all identifiers are declared, and thus predict how they will be looked-up during execution.

Now that we have a solid understanding of scope, let's enlighten ourselves with an incredibly important part of the language: Closures

So what are Closures?

Closures are not a special opt-in tool that you must learn new syntax and patterns for. Closures are all around in your javascript code. You just have to recognize and embrace it.

Let's take an example to fully understand closures once and for all.

The function bar() has lexical scope access to the inner scope of foo(). But then, we take bar(), the function itself, and pass it as a value. In this case, we return the function object itself that bar references.

After we execute foo(), we assign the value it returned (our inner bar() function) to a variable called baz, and then we actually invoke baz(), which of course is invoking our inner function bar(), just by a different identifier reference.

bar() is executed, for sure. But in this case, it's executed outside of its declared lexical scope.

After foo() executed, normally we would expect that the entirety of the inner scope of foo() would go away, because we know that the Engine employs a Garbage Collector that comes along and frees up memory once it's no longer in use.

But the "magic" of closures does not let this happen. That inner scope is in fact still "in use", and thus does not go away.

By virtue of where it was declared, bar() has a lexical scope closure over that inner scope of foo(), which keeps that scope alive for bar() to reference at any later time.

bar() still has a reference to that scope, and that reference is called closure.

Closure lets the function continue to access the lexical scope it was defined in at author-time.

We take an inner function (named timer) and pass it to setTimeout(..). But timer has a scope closure over the scope of wait(..), indeed keeping and using a reference to the variable message.

For more in-depth knowledge of Javascript Scopes and Closures be sure to have a read of the awesome book You Don't Know JS, by Kyle Simpson.

Closure seems to be like a mystical world set apart inside of JavaScript which only a few bravest souls can reach. But it's actually just a standard and almost obvious fact of how we write code in a lexically scoped environment, where functions are values and can be passed around at will.

So, that's it. I hope you learned something new from this post.
Show some love if you liked this post. 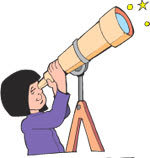