Don't believe me? Read on…

In March of 2011, Bill Nguyen and Peter Pham, both heavyweights in the Silicon Valley, decided to team up and create a photo-sharing app.

The idea was simple enough. If you were in the vicinity of a user with the app installed, called Color Labs, you could share photos with that user.

Although this sounds like an exciting idea and something that might have given Instagram a run for its money, the app failed, and by October 2012, they had to shut it down.

The reason: Poor user experience. The app was clunky, and the users had a difficult time trying to figure out which button did what. Couple this with privacy issues and the users chose to skip this app on the App store.

User experience can make or break your app. With an estimated 3.06 million apps on the Apple Store alone, getting the user to install your app is in itself a Herculean task. 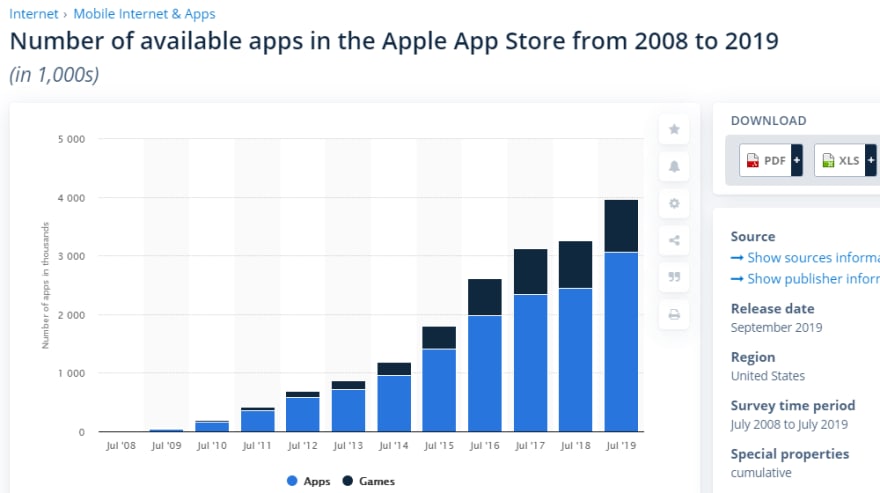 Add to this the fact that the average smartphone user uses 30 apps every month, and your window of error is further narrowed down.

You need a great app idea, a marketplace ready for your idea, a monetization strategy to make the most of your app, and last, but certainly not the least, a killer User experience.

So without further ado, here are ten most common user experience (UX) mistakes to avoid while designing your mobile app.

In other words, less is more. A case in point is RealPlayer. At one point in time in the early 2000s, RealPlayer was one of the most famous music players in the market.

But the app got bloated with a tonne of features such as burning CDs, audio recording, a music store among the others. Users were not too happy with the features, and the app ended up on PCWorld's list of "25 Worst Tech Products of All Time." Yikes. 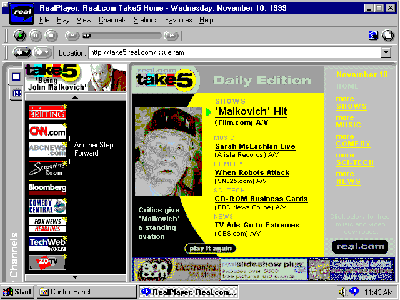 At one point or another, you are set to reach a saturation point in your app where you can no longer fit any new features.

How do you explain the new functionalities to your customers?

What if the new features made some of the existing code buggy?

What about the additional resources needed to maintain the bloated app?

The answer to all these questions is a simple audit of your app.

Chalk out all the critical functionalities of your app in the initial stage and then keep improving these features, rather than adding new ones.

Ever used the Netflix app?

Of course, you have. While the user interface is pretty simple, many of the viewers have found a particularly nagging feature in the app.

When you hover over the thumbnail of a TV show or a film for even a split second, the app will auto-play a looped trailer or montage, meaning you have to endure a loud trailer even if you just want to read more about the show.

" A good user interface provides the correct information without compromising the quality of the content."

Just like the color codes and visual imagery used by a designer to convey a message, the UI of a mobile application should be intuitive to use the minimum number of steps to reach any point in an application.

The rule of thumb is: Every screen on the app should be a maximum of three touchpoints away. Too much text or a confusing flow will prompt the user to go elsewhere.

This is why user interfaces have to be extensively tested before the final product is pushed out. The customer should make decisions in the app on a subconscious level. A good starting point for an app that epitomizes simplicity is Uber.

Select your destination on a map, select your ride, enter the source, and order the cab in less than 30 seconds. This should be the benchmark against which you should test your app.

Common UX mistake designers and developers commit is to give the aesthetics of the app a lot more important than the flow and architecture of the app.

We highly recommend mapping out the user flow and the structure of the app before even getting into the wireframing stage.

Many developers ignore the UX and the necessary logic or navigation within the app, which can lead to apps that look great but are a pain to use.

So our recommendation is to take it slow. Sketch down the flow of the app before worrying about the minute details such as font size or color combination.

Once the app goes into the design stage, always keep this flow in mind so that you don't lose focus on the bigger picture.

In the words of Harvey Specter from the hit TV show Suits,

"Get it through your head, first impressions last. You start behind the 8 balls, you'll never get in front"… "

Whether it's attending an interview, meeting a client for the first time, or using an app, the first few minutes of the user experience will define if your customer will keep the app or hit the "Delete" button.

In some cases, a detailed yet upfront mobile app onboarding process is necessary to explain all the features of the app. Overdo this part, and you run the risk of boring the users and driving them away.

Some apps will confuse users if they are not instantly intuitive.

Keep in mind that when the users use the app for the first time, they don't know all the capabilities of the app. It is your responsibility as a UX designer to guide them through the app, making sure they use all the functionalities while not getting bogged down by everything the app can do.

What seems obvious to you as the UI/UX designer may not be the same for the newcomers, so always pay heed to how the app will behave when opened for the first time.

A proper beta testing will iron out most of the issues a user will face, coupled with input from real-life users, which will solve most of these starting problems.

UX Mistake #5. Considering UX only at the beginning

A lot of UX developers seem to forget that providing a good user experience is an ever-going process, which cannot be relegated to just the beginning of the app development process.

Here are a few basic questions that you need to answer throughout the app development process:

Answering a few basic questions like these and conducting a detailed competitive analysis while mobile app development helps solve a lot of UX design issues.

Collecting regular feedback after the deployment of the application makes you understand what capabilities your apps lack.

As Steve Jobs once famously said, "We have always been shameless about stealing great ideas."

Apple did it with Clues to include its core functionality such as fertility and period prediction into its own Health app that comes pre-installed and FREE on every iPhone.

Imitation is the purest form of flattery, and you might be tempted to blindly copy your competitor's app to gain a foothold in the Top 10 Apps category.

But UX developers beware! Getting your app too close to the competition might put off the consumer.

Your users are always on the lookout for novelty, and a copycat app with similar features may actually harm your brand name.

Acknowledge the fact that every app needs a unique look and feel, and every product has different goals, and the user needs to be met.

A good UX is not something that one should keep as a far off goal that cannot be achieved, but rather a necessity of the app that cannot be compromised.

Sure, you can have a few features similar to the competition, or you may also steal a color combination that seems to be working, but in the end, your mobile app needs to have your custom signature.

And it is not just the frequency of the notifications that is a tough cookie to crack. The notification's content also plays a big role in the user using or discarding your app.

Reminding users of a daily check-in or notifying them in case they have received a new message earns your app brownie points. But sending notifications about random news or updates that have no bearing to the user risks you being seen as a phisher.

Which brings us to another interesting part of any user experience, the updates. While you don't need to push out an update every week so that users get new features, you also cannot sit back and ignore the comments the users leave in the app store.

Even with updates, you need to tread a thin line where you cannot overdo it and also cannot afford to neglect it altogether.

You have all heard of Search Engine Optimization. But have you heard of App Store Optimization (ASO)? This is a trick used by mobile developers who are continually trying to feature in the "Top Rated Apps" page of Google Play Store or Apple App store.

And one of the tricks of getting to the top? User feedback. That's right, multiple studies have shown that companies that listen to their customers rank higher on the App store.

Regularly gaining feedback from your audience will always benefit a UX designer. Encourage the people who download your app to rate it and regularly comment on the store, as it helps in ASO.

Beta test your app by sending out an ad for beta testers and using them instead of testing in house. Although beta testing can be time-consuming, it is better to have an app with a good UX in the long run rather than a poor app that everyone deletes immediately.

An often overlooked aspect of UX design is consistency. Designers like to experiment with fonts and color schemes to stand out, but that usually ends up confusing the customer even further.

Small things contribute to design consistency, such as properly formatted text and color schemes that are uniform throughout the app.

Human minds crave consistency. When your customers have expectations on where they can access a specific feature or how something will behave, it's best to deliver it as they want. Increasing a customer's cognitive load should be the one thing a good designer should avoid.

Whitespaces are easy on the eyes. From a design perspective, whitespaces prevent the app from looking overloaded and messy.

When used correctly, whitespaces can transform the way the user perceives your app. A good designer should not only guide the users to the content but also make the message stand out.

With whitespaces, you can play with the text and font design, adjust alignment size according to the needs of the app, and experiment until the content flows smoothly on your device.

There you go. Ten UX mistakes that you can avoid while designing a mobile app. If you feel you have some more tips that will help UX designers and developers out there, do drop a comment below.

9 Design Agencies That Will Leave You in Awe ❤️

Building a personal website & blog with React, Gatsby, and styled-components