So today, I raised a GitHub issue because after I had opened the result of dotnet new mvc in VSCode the problems window would have approximately 120 issues and the code editor window would be full of red squiggles. 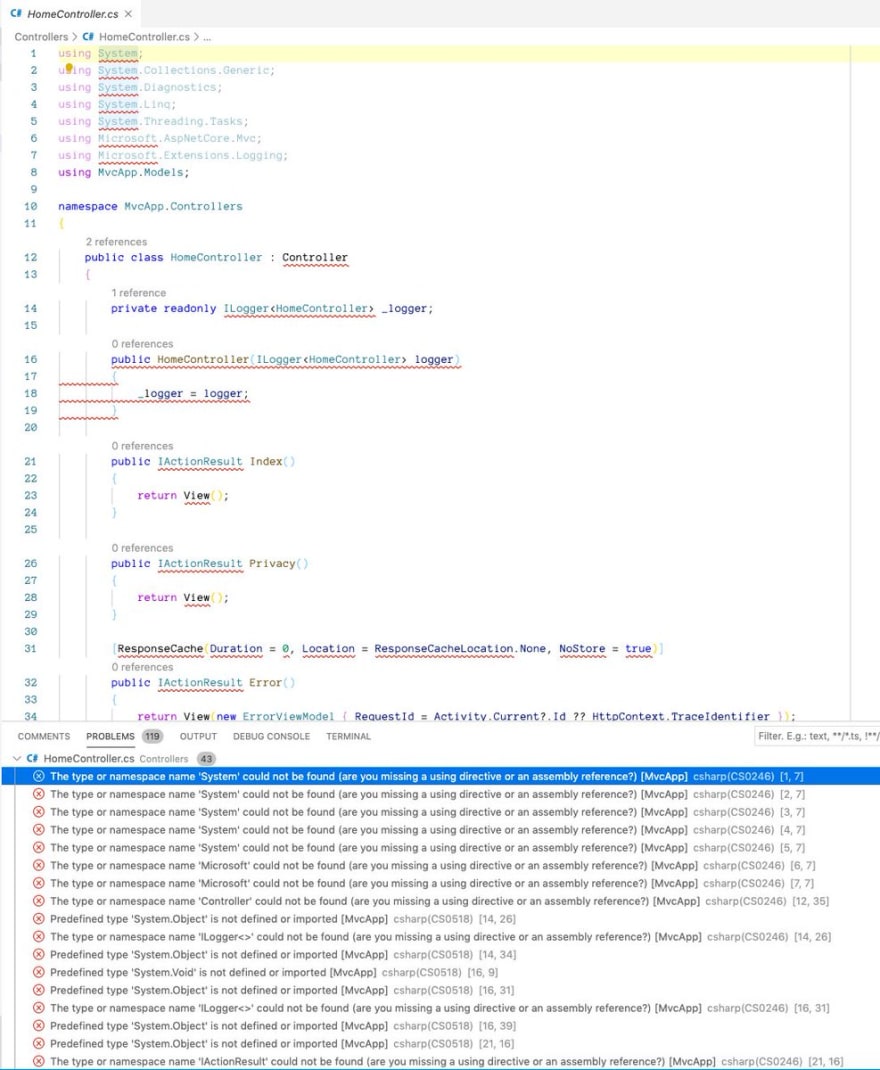 I was running the very latest version of dotnetcore

And the very latest version of VSCode 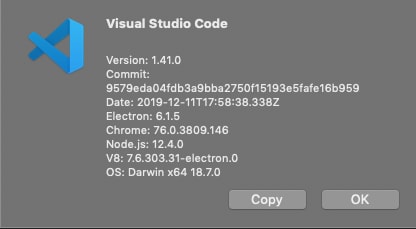 I had not changed anything in the .csproj file. It was fresh from running dotnet new mvc from the terminal.

So, I raised an issue over on GitHub. 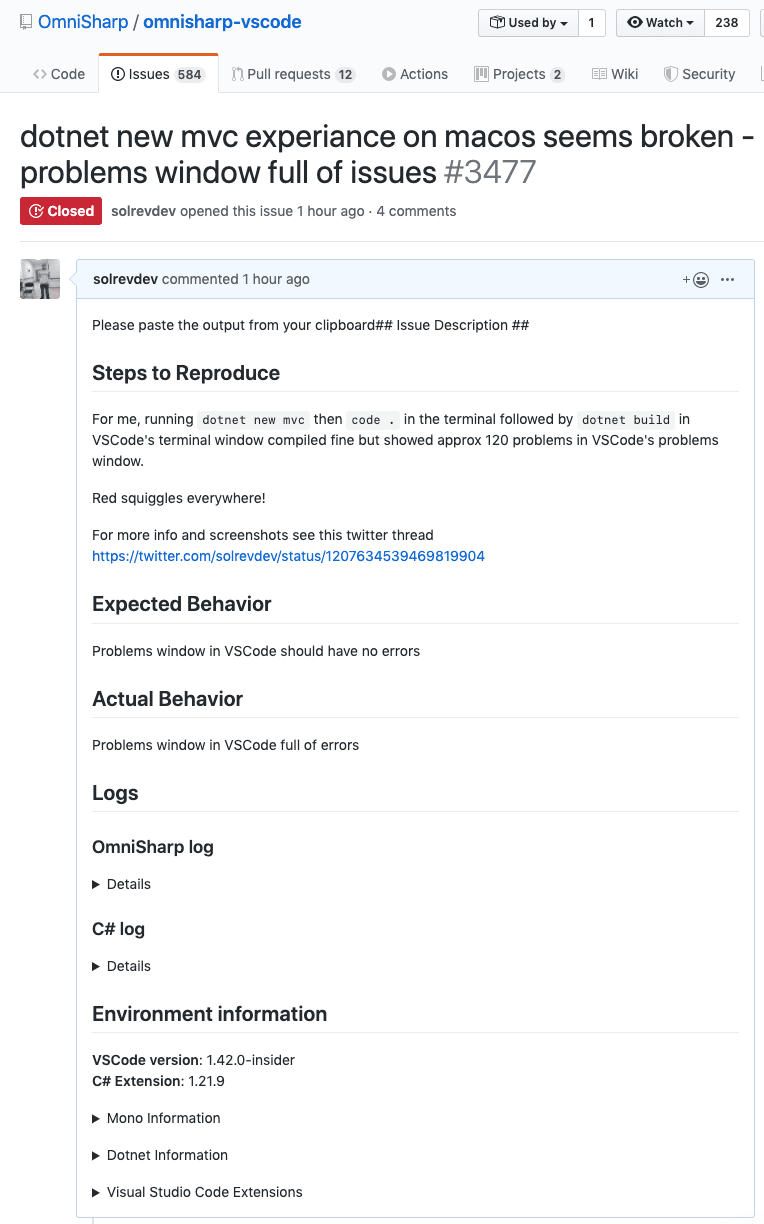 Big thanks to the rapid response and answer from @filipw, who discovered that it was the homebrew cellar version of mono that was the issue and that intstalling the stable version of mono was the fix. 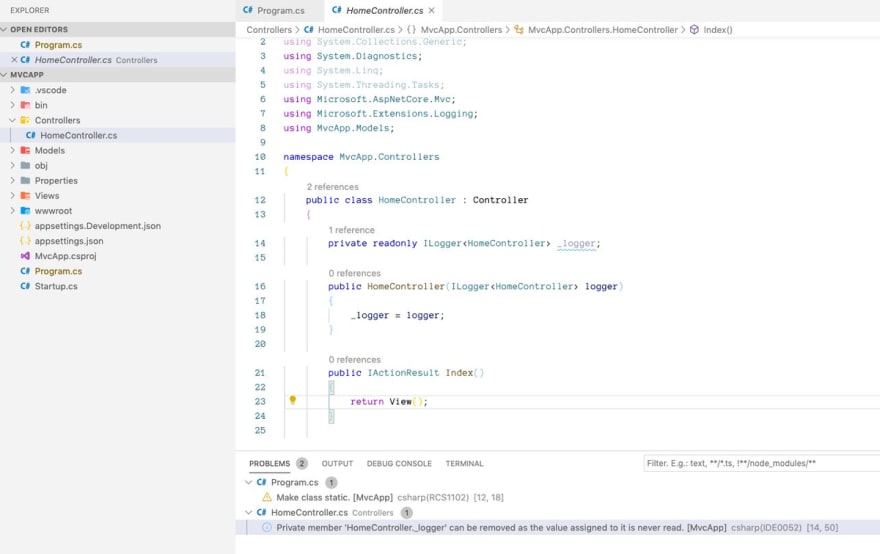 Use VS Code snippets to generate Markdown front matter

Once suspended, solrevdev will not be able to comment or publish posts until their suspension is removed.

Once unsuspended, solrevdev will be able to comment and publish posts again.

Once unpublished, all posts by solrevdev will become hidden and only accessible to themselves.

If solrevdev is not suspended, they can still re-publish their posts from their dashboard.