Learning the Linux command line, like becoming an accomplished pianist, is not something that we pick up in an afternoon. It takes years of practice.

Since I switched to Ruby on Rails from .NET, I find myself increasingly using the terminal every day. One thing I've realized as a Rails developer is that you need to have some basic competence with the terminal, as you will use it all the time. So I spent some time getting familiar with some basic Linux commands, and this post tries to summarize the essentials.

This is not a comprehensive list, but I will try to keep adding to this list on the original blog post as I learn more. If you want a detailed overview of Linux operating system, I highly recommend The Linux Command Line, 2nd Edition by William E. Shotts. 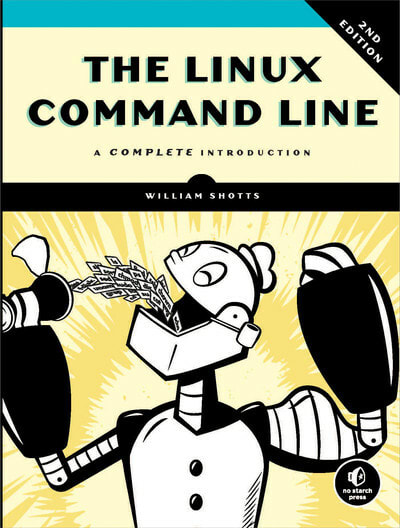 So here are some of the commands that you might find useful as a developer on a Linux/Mac machine.

touch creates a file if it doesn't exist; updates the timestamp if it exists.

grep searches the term client in the provided file.

less displays a large file one page at a time. Use the space bar to go forward and b to go back.

file tells the format of a file.

head/tail displays the top or bottom of the file. Pass -n for number of lines, head -5 file

reset re-initializes terminal. Especially useful after resizing the window or if a command results in scrambled window.

To send the output of a command to a file, use >, which overwrites the existing content of the file. To append, use >>.

To send the output of a command to the standard input of another command, use the pipe | character.

wc Print newline, word, and byte counts for each file

head Output the first part of a file

tail Output the last part of a file

A process is a running program. Each process has a process ID (PID). Sometimes a computer will become sluggish or an application will stop responding.

Here are some of the tools available at the command line that let us examine what programs are doing.

ps lists all the running processes.

bg places a job in the background

fg places a job in the foreground

kill sends a signal to a process

shutdown shuts down or reboots the system

Normally, after you run a command, you don't get the prompt back until the process finishes. You can detach a process from the shell with the & which runs it as a background process. The shell returns immediately with the PID of the process.

If you want to keep a program running when you log out from a remote machine, use the nohup command.

Determine if a user can read, write, or run the file. View the permissions using ls -l command.

rwx stands for read, write, and execute. From left to right, the permissions stand for a user, group, and other.

To modify the permissions, use the chmod command, e.g. chmod 644 file.

su runs a shell as another user

sudo executes a command as another user

The Linux shell maintains information about the current environment. Programs use this data to change their runtime behavior, e.g. selecting different database when the application is running in the production environment, as opposed to the test environment.

printenv prints part or all of the environment

This sets it locally. For setting it globally, add it in the ~/.bashrc or ~/.zshconfig file.

Some More Notes on Asahi Linux - 02

Set up a home server and access it from everywhere

Some Notes on Asahi Linux - 01

Akshay Khot
My name is Akshay, and I am a software writer based in Victoria, British Columbia. I’ve been programming for the past decade, striving to write quality software that solves real problems.
How to Easily Navigate Directories in the Terminal
#linux
Fuzzy Search Terminal History
#terminal

Once suspended, software_writer will not be able to comment or publish posts until their suspension is removed.

Once unsuspended, software_writer will be able to comment and publish posts again.

Once unpublished, all posts by software_writer will become hidden and only accessible to themselves.

If software_writer is not suspended, they can still re-publish their posts from their dashboard.