In this digital era, users want instant information and most businesses thrive to give them a better mobile app experience. Gone are the days when businesses used to spend thousands of dollars to develop native apps.

Almost the same quality apps are now possible in half the time and money, using React Native. React Native is the most popular mobile framework used by developers to build successful mobile applications.

According to the latest app development survey, about 42% of mobile app developers prefer React Native for developing cross-platform mobile applications.

Through this article, I will discuss what is React Native and why you should choose React Native for mobile app development projects. So, let's start without wasting much time.

React Native is an open-source mobile app development framework launched by Facebook. It is built upon the ReactJS library which has been widely popular in recent years.

Nearly every OS can run apps built through React Native now and in the future. Originally, React Native is used to creating mobile apps that are half hybrid and half native. It somewhere lies in the grey area between them.

You also get a cost advantage when choosing React Native. This framework keeps the field open for all formats for the user to gain access to the particular app.

These are some examples of companies that have adopted React Native technology. Many more other companies have started believing in React Native, and people are actively switching their development into the iconic app development framework. 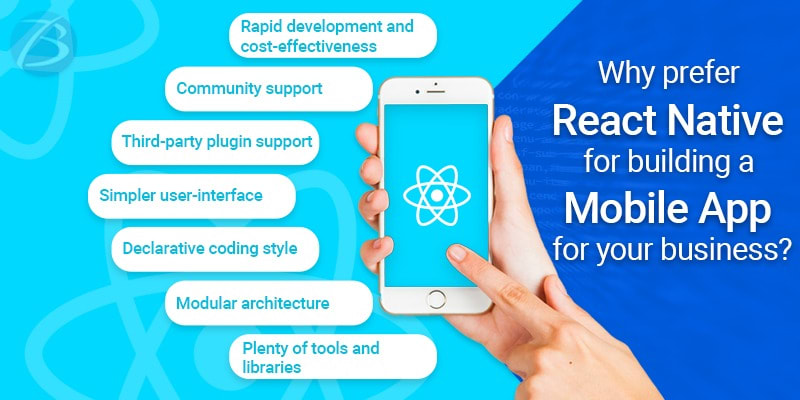 Now finally, let’s dive into the top reasons to choose React Native for App Development in 2021: 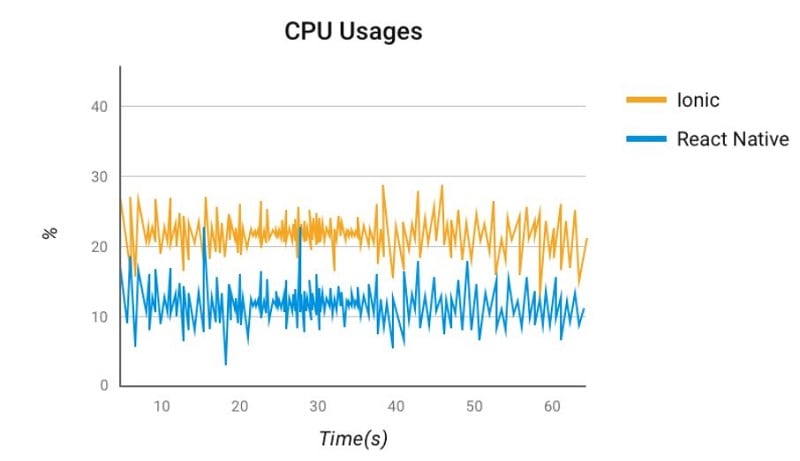 It may not be as fast as native apps built with native languages ​​like Java, Objective-C, and C #. But, you will get almost near-native performance as it gives you components such as view, image, and text.

The mobile app based on React Native is not an HTML5, hybrid, or mobile web app. Rather, it is a real mobile app. You can take the performance of your React Native app to the next level by optimizing your application with native code.

Moreover, React Native lets you use the native code as well. To offer maximum performance, you can also develop some functionalities in your app using native code and some by using React Native. Isn’t that amazing!

Every business wants to achieve rapid returns to stay in the tech-savvy market. The cost of developing a mobile app through React Native is much lower than that of native app development.

The core benefit of React Native over native app development is that the total development time is reduced by less than half. One has to grow fast and stay for a long time. 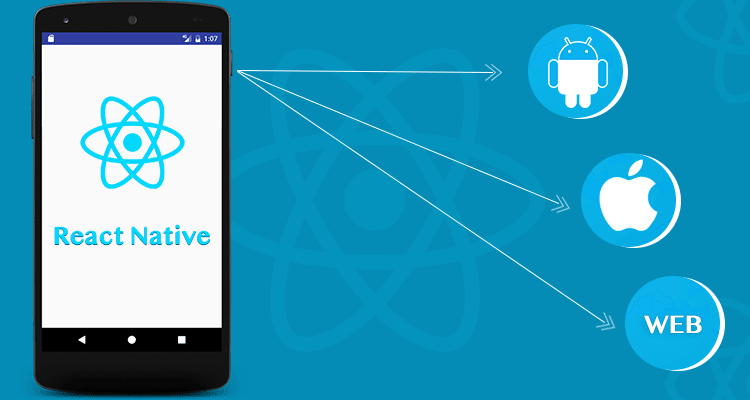 React Native allows you to use the same code to develop both Android and iOS applications. Hence, it gives the same performance result without any added changes.

In no time you can design a mobile application for your type of business. Different languages ​​like Java, Swift, C ++, or any other are no longer needed.

To start building a React Native app for your business, all you need is a React Native developer that specializes in native user interface elements, hybrid mobile app development design, and application programming interfaces. 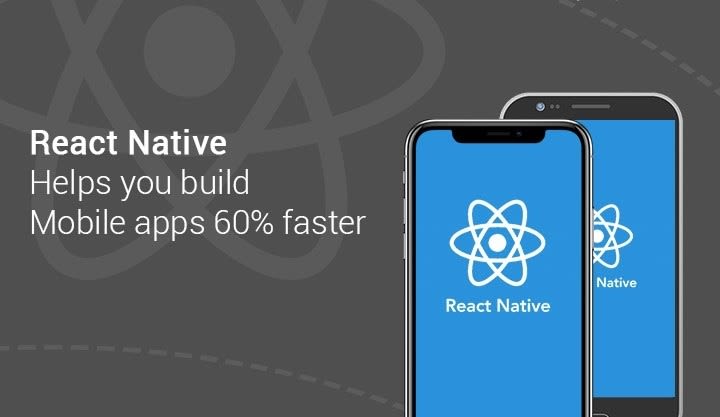 React Native gives you components for images, keyboard input, text, animations, linking, and more. All these components speed up the app development process, and the hot reloading feature also saves you a lot of time as it lets you reload your app without recompiling the entire code.

React Native libraries such as Redux(to handle the state of your app) and Awesome React Native(a list of components and demos) will also help you get your mobile app development work done faster.

Development tools such as Nuclide for writing code, Sentry for error & crash monitoring, and React developer tools for debugging make the React Native development process much easier and faster.

With React, complex tasks are simplified using easy-to-read code. The UI library created by Facebook is used by this framework to create code that is easy to understand and implement React JS.

“Hot Reload” is the main feature of React Native. Using this feature, developers get a live preview of the code and its actual impact, which co-occur when coding the app. This ensures that developers make minimal errors, and make the code "bug-free".

React Native was created with the ability to separate framework code, JavaScript code, native code, and style. It means that you can easily create different styles for an app from the server side.

You can now provide a personalized user experience to each individual user on a single application. As personalization is one of the foundations of digital transformation.

The level of personalization on React Native is so high that you can define a personalized style per user group, on the server-side, and each user will then be able to see their own individual UX.

Even for open-source cross-platform app development frameworks, the best thing is to ask for third-party library/plugin support. And these third-party plugins abolish the need to use specific web view functions.

React Native can act as a framework that connects plugins to a native module. There are a variety of options available for connecting processes, which helps in better memory management as well as faster loading.

There is a library for customization for testing and adding elements. The purpose of these libraries is to make things a lot easier for programmers, making things easier and better across all verticals. Many things are made easier through third-party libraries.

React Native is a business-friendly framework for developing an effective cross-platform mobile application. React Native turns out to be a reliable and quick approach when it comes to app development, thanks to its high performance and remarkable UI/UX.

Moreover, you can also reach out to a top React Native development company in India to develop a high-performing and scalable mobile application for your next app development project.

Hope you have got a clear picture of what React Native is and why you should go for it to build your mobile app. If you have any questions or experiences, do share them in the comment section below.

Q1. Why should you choose react-native?

Applications built using React Native are much faster, easy to use, and provides better quality than Native applications. Also, it offers you the experience of having a Native app without developing one. There plenty of reasons to choose React Native. Here are a few of them:

Q3. Can React be used for mobile apps?

Yes, of course. React Native is used for developing revved-up mobile apps. Applications built on React do not differ from apps built on Java, swift, or Objective-C. In fact, by using React native, you can create mobile apps which are much faster and cost-effective.

sneha-321
Sneha das is a senior technical consultant and a persuasive writer with 8+ years of rich experience in development.
An Overlook to the Future of Hybrid App Development
#mobile #xamarin #reactnative #flutter
11 Most Popular Apps to Check Out in 2021
#ios #mobile #android
5 Best Smart Reasons to Build a Mobile App for Your Business
#mobile #android