There are several syntaxes to create a function in JavaScript. One of them is called function expression:

If a function is created like that then variable internal is available inside the function scope and is not available in the global scope:

Ok cool, it is basic and looks pretty straightforward. But...

Where exactly is variable internal defined?

The code does not throw any errors and it seems that we have just created a constant with the name internal in the scope which already had variable internal (from function name) successfully. But the issue is that JS does not allow to use const statement with an identifier which has already been used in var/let/const statement earlier in the code. So there are two ways to avoid that issue.

The first way is to assume that there is a special mechanism inside a function scope which controls creation and access to a variable instantiated from a function expression name (false).
The second - to use something elegant and already existing (true).

Actually there is only one way to get full and detailed information about JS internals. It is the ECMAScript Language Specification. Definitely it is not an easy reading and it requires some experience, but believe me, it is worth investing your time in it.

But before checking a description of a named function expression in the spec let's refresh one famous JS term - closure (yeap, again)

So closure is a function with a scope where the function is created. Actually every function in JS is a closure. 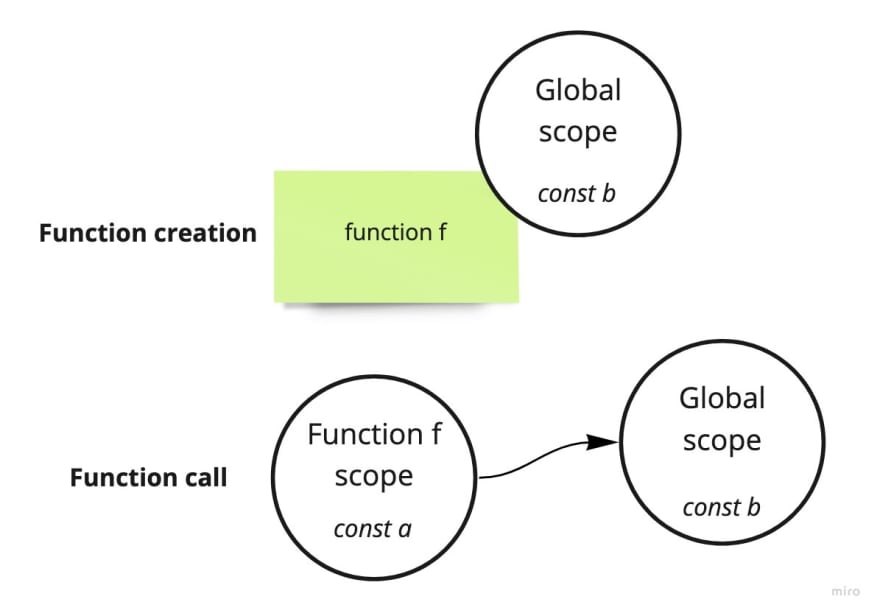 A variable identifier resolution starts from a local function scope (const a). If a variable is not found in the local scope (const b), the resolution is delegated to the outer scope (global scope in the example). That is how the scopes are chained to each other. Cool, easy!

There are key steps:

The main idea is to create an additional intermediate scope in a closure for keeping only one variable with a function name! 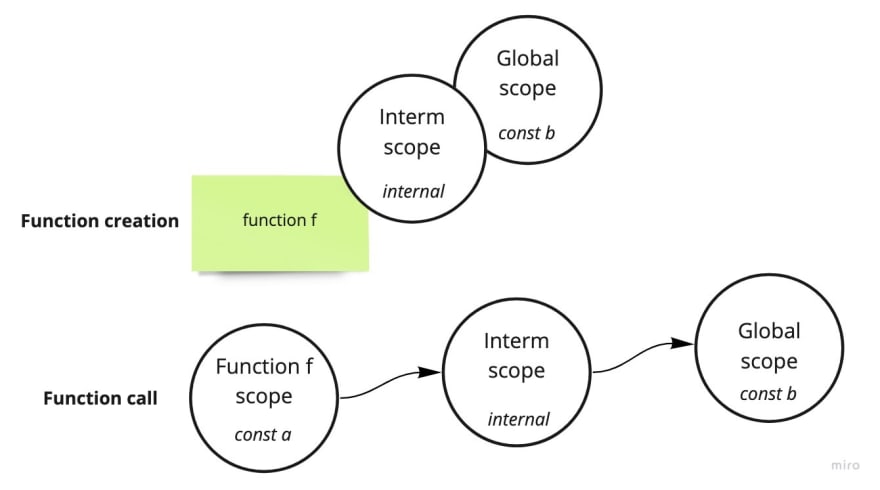 So this is an answer to our initial question: "Where exactly is variable internal defined?"

Ok, now we know that variable internal has its own scope but is it constant or variable? May we reassign a different value to it? Let's try something like that:

The identifier internal still contains a function and there are no errors. This is actually interesting and I admit that such a logic is quite unique.

According the spec, variable internal in our example is created via CreateImmutableBinding abstract method.

That method is used to create constants but also has a boolean flag as a second argument. If that flag is false then a different value cannot be assigned to the identifier. However, such an assignment does not throw an error. In case of a constant statement that flag is true and a reassignment throws TypeError.