I was recently working from home and needed a saved password from Firefox on my dev machine at work. Seeing as the only connection I had with the remote machine was through ssh, this meant the only option I had was to retrieve the password through the commandline.

I looked online and it wasn't long before I found a tool called nss-passwords. I installed it and gave it a try:

Crazy how it worked soo easily! No need for superuser permissions: I can just read my saved passwords...

Hold up! Wait a minute! Why was that soo easy?

Well, if you are really curious like I was and don't mind reading a bit of ocaml, the main code is right here. It's been a minute since I read OCaml code, but a cursory glance through the code reveals that it looks in your firefox profile folder (the -d option) to find a file called logins.json or signons.sqlite:

The exec_json function in turn reads the json file, and extracts an array called logins, which it passes to another function called json_process:

At this point, I decided to attempt to replicate what the code is doing using just command-line. The reason being to see how easy it would be for some random npm package you download to run a simple command to extract your passwords, so this one liner gives us the same json array we get from the above:

The json_process function doesn't seem all too interesting. However, it calls another function called do_decrypt, which is declared as the following in OCaml:

That looks like a ffi for calling a function from another language, and in this case it looks like the function is written in C:

Looks like the first thing it does is to attempt to use base64 to decode the encrypted value...ok.

Next it is calling this PK11SDR_Decrypt function, which seems to be part of the nss library.

Well I don't have time to start digging into how all that works, but it turns out we can download a package called nss-tools, which contains a command for decrypting the encrypted values, called pwdecrypt.

Extending our commandline above, we can successfully decrypt the username and password for any given domain by doing:

Replace host.com from the above command with an actual hostname and it will spit out the username followed by the password

I'm also a bit confused as to why it is Mozilla who is building the libraries and tools that enables this ease of access...

Btw if you think this is a firefox issue, think again. A quick search online reveals there are tools available for Chrome (which will most likely work on Brave, Edge, and Chromium). Someone also wrote an entire medium article detailing methods of "extracting" passwords from all major browsers.

I haven't been able to test this, but perhaps the reason it is so easy to extract the passwords is because I haven't set a master/primary password in Firefox? 🤔

Indeed it turns out that if you set a password, then attempting to use any of the above methods will result in a password prompt: 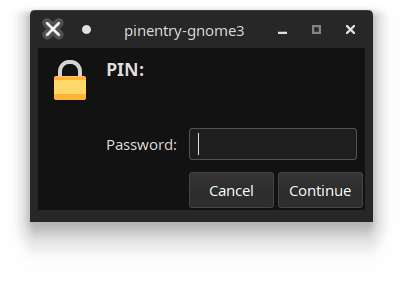 Yet another Re-entrancy attack - What's keeping us from being a better Smart Contract Developer?

Did you know you could use OpenAPI for security?

Logging in, a thing we all hate

smac89
Tinkerer from Saskatoon who enjoys noodle bowls 🍜 for lunch
What are the coolest uses of AI you've seen in the last couple of weeks?
#discuss #ai
I passed the CPACC exam
#a11y #career #certificate
5 Small and Hidden React libraries You Should Already Be Using
#webdev #javascript #react #productivity

Once suspended, smac89 will not be able to comment or publish posts until their suspension is removed.

Once unsuspended, smac89 will be able to comment and publish posts again.

Once unpublished, all posts by smac89 will become hidden and only accessible to themselves.

If smac89 is not suspended, they can still re-publish their posts from their dashboard.

Once unpublished, this post will become invisible to the public and only accessible to smac89.

Thanks for keeping DEV Community 👩‍💻👨‍💻 safe. Here is what you can do to flag smac89:

Unflagging smac89 will restore default visibility to their posts.