If we pick up randomly a few web agencies and take a look at their products we can see the same UI/Design usually is coded in different technologies. For instance, this admin dashboard (free product, no affiliate link) is built by the provider in three different flavors: BS4/jQuery — React — Vuejs.
The sample itself is not relevant, but the conclusion might be: many agencies provide the same UI in different technologies using mostly manual, repetitive work.

All UI Kits are built on top of the same input (Sketch mockup) and the final products are coded manually, during weeks. This migration from one technology to another is quite costly, and a singe kit migration might require a serious budget for the initial migration and also for the maintenance (bug fix, UI kits updates, etc).
If we multiply this use-case to many web agencies, we can assume that automation tools could help to win time and reduce production costs. The next problem is, of course, the execution - how to solve this challenging problem using tools and ZERO manual work.

A short-list with sample apps 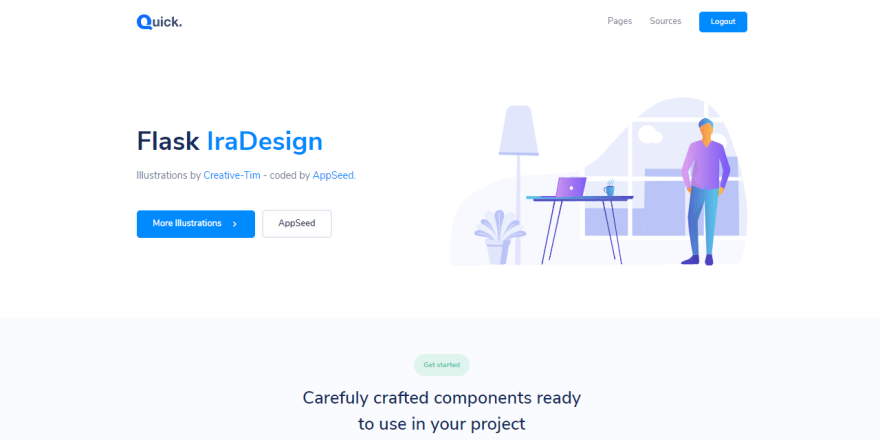 The concept implemented in the AppSeed platform is not fully automatized but allows us to generate multiple products using flat HTML in less than one hour. The process was heavily tested during 2018/early 2019 and the first apps generated by the platform were sold starting with Nov.2019.
Also, the official repository contains more than 300 web apps, around 200 are public (MIT License) and the rest are private (commercial and experimental apps). 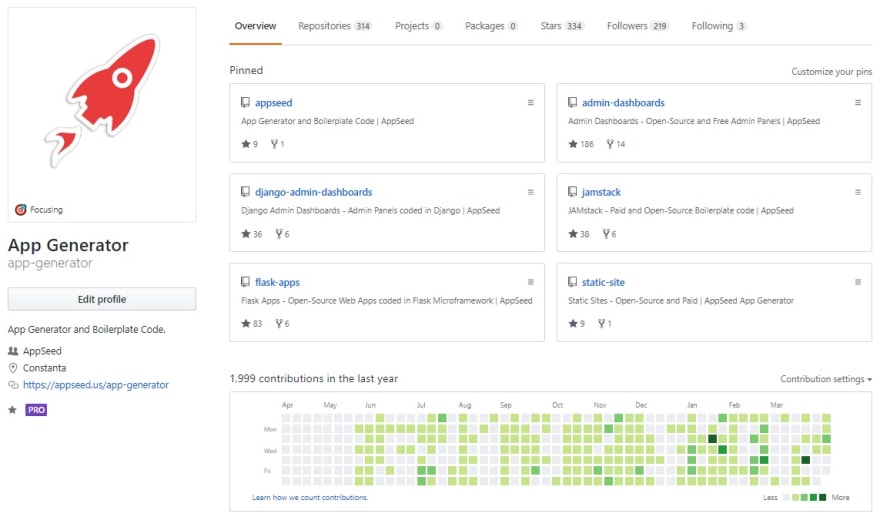 To have a production-ready workflow asap, we decided to split the process into small, testable steps:

The idea was, let's say, useful, how about the implementation?!
In those two years, we had some big dilemmas regarding the primary input type, boilerplate code features, and what patterns to adopt first .. etc.

We didn’t have answers for all those pertinent questions from the beginning but during the continuous 2yrs R&D work, we finally got some answers and tools to produce something with commercial value.

We decided to use plain HTML as an input format for many reasons:

The implementation of this phase was achieved using an HTML parser developed in-house during 2018 and 2019 (also under development as we speak) with a basic set of features:

The HTML parser was coded in BS4 Python library and few basic articles that explain the concepts were published here on Dev:

At the moment the article is written, the conversion to PUG, Jinja, Blade is 100% stable and we are moving forward with more conversions:

This might sound crazy, but we really think is doable based on the fact that we have access to the class property for each DOM element and also, we can easily build a map between CSS frameworks classes.

This section will be updated periodically with more information regarding the status of each translation.

To provide usable end-products the boilerplate code should provide enough quality to really help the developers in their work. More issues occur on this phase:

Not so easy at first look. The first step was to identify some trendy and super used technologies and extract the best practices for those specific technologies. Regarding the number of modules, we decided to provide only the basics like authentication, SQLite/Mysql support, ORM/Migration DB tools. Deployment is also covered for some popular options like Docker, Heroku, AWS, and standalone mode (Gunicorn, Nginx).

To stay connected to the real world we are constantly monitoring Github for trendy patterns and encourage the community to vote their preferred UI's, technologies and patterns using an anonymous voting system.

Using the UI mentioned in the first section — Black Dashboard, somewhere in the middle of 2019, we succeed to generate first usable products in two different technologies using an identical set of features:

The app is released under the MIT license on Github and was the first production-ready web app prototyped by the AppSeed platform. Took almost two years to generate a simple Flask Dashboard, using only flat HTML as input. App features:

In about two weeks after prototyping the Flask dashboard, were able to generate a Django version of the same UI, with an identical set of features: 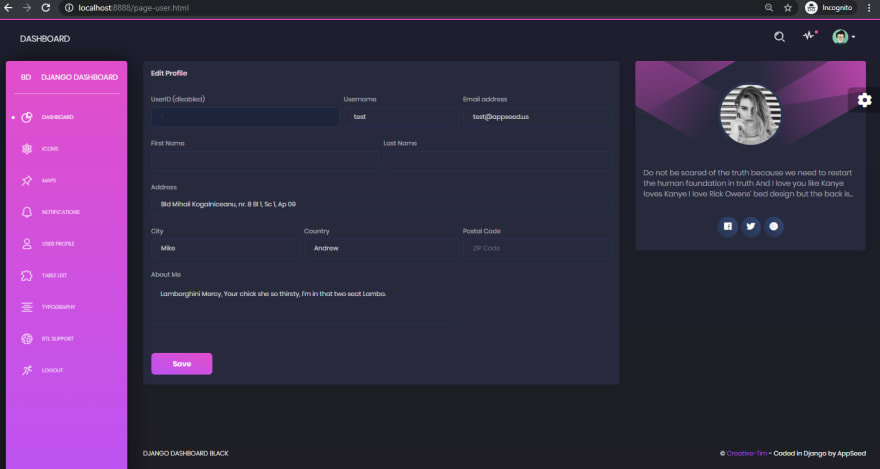 During 2019, this concept was extended to many patterns to see how it goes from a commercial perspective. The patterns that we are using to prototype and generate the apps are carefully selected from this technology noise where many projects appear and also die quite fast. What patterns we provide (for now):

Where to go from this point

Even after two years of R&D work, AppSeed is still a super young concept and we expect a slow adoption in the next few years, that might accelerate once the automation tools we are developing are getting matured, exposed as a stable SaaS to anyone.

Thanks for reading! AMA in the comments.

Two simple tests you should be using with Postman