While Microsoft’s browser team continues to be an active contributor to the Chromium project, they’re also spending more time on new and unique features that only Edge has. Let’s review two of them here.

Edge just launched a memory leak investigation tool, the Detached Elements tools, which can be very useful to investigate leaks in long-running apps.

One of the multiple reasons why web pages leak memory is detached DOM elements: elements that might have been needed at some point, but got removed from the DOM, and never re-attached. When a code base grows in complexity, it’s easier to make mistakes and forget to clean those detached elements up.

If you find that your app keeps on needing more and more memory over time as you use it, give the Detached Elements a try. It can very quickly point you in the right direction. 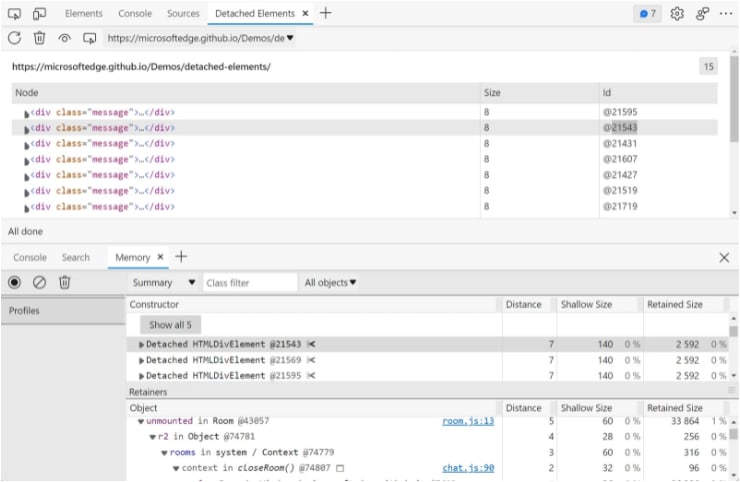 Learn more about it on the announcement blog post, and the docs.

A BRAND NEW USER INTERFACE FOR DEVTOOLS WITH FOCUS MODE

Our DevTools have looked the way they do ever since the early Firebug days. Sure, the user interface has evolved over time a little bit, with more tools added, and things re-arranged, but at a high level, it’s still mostly the same.

The Edge team has conducted experiments and user studies that indicate that DevTools can be very overwhelming (did I say DevTools had more than 30 panels already?). While new web developers don’t have a clear idea of where to start and how to explore and use the tools, more experienced developers tend to find themselves in just one or two familiar workflows.

Based on this, the Edge team released a new experimental feature that makes it easier to learn and use DevTools: Focus Mode. 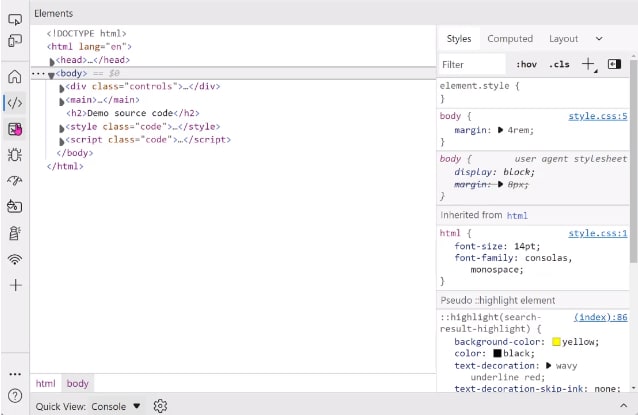 Focus Mode has a new activity bar, an easy way to add and remove tools, a quick view drawer, and re-designed menus.

To give Focus Mode a try, enable it first by going to Settings > Experiments > Focus Mode.

You can learn more about Focus Mode in this Edge explainer document.

I hope you enjoyed these updates, and that they’ll turn out useful when doing web development.

Working with Multiple Elements in Selenide

Once suspended, sktanwar2014 will not be able to comment or publish posts until their suspension is removed.

Once unsuspended, sktanwar2014 will be able to comment and publish posts again.

Once unpublished, all posts by sktanwar2014 will become hidden and only accessible to themselves.

If sktanwar2014 is not suspended, they can still re-publish their posts from their dashboard.

Once unpublished, this post will become invisible to the public and only accessible to Shahrukh Khan.

Thanks for keeping DEV Community safe. Here is what you can do to flag sktanwar2014:

Unflagging sktanwar2014 will restore default visibility to their posts.