This post explains, how to write a program to print Fibonacci Series in java programming language. In Mathematics, Fibonacci series next number is the sum of previous two numbeprs for example 0, 1, 1, 2, 3, 5, 8, 13, 21, 34, 55 etc. The first two numbers of Fibonacci series are 0 and 1.

If you observe the above pattern, First Value is 0, Second Value is 1 and the subsequent number is the result of sum of the previous two numbers. For example, Third value is (0 + 1), Fourth value is (1 + 1) so on and so forth. 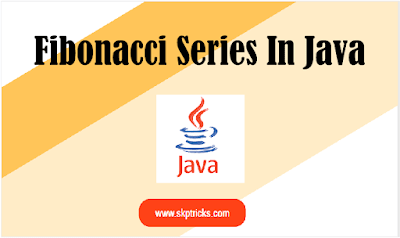 In mathematical terms, the sequence Fn of Fibonacci numbers is defined by the recurrence relation
Fn = Fn-1 + Fn-2
with seed values
F0 = 0 and F1 = 1.

NPM is good friend of every web-developer in JavaScript community