Neovim is a lightweight and powerful text editor that can be a valuable addition to any developers toolbox.
Highly configurable and extensible, Neovim can be transformed from a simple text-editor into a full-featured development environment.
Configuring Neovim, however, can be a daunting and difficult task. Even maintaining a Neovim configuration can be a frustrating task in itself.
This is where LunarVim comes in.

LunarVim is a project that aims to provide an easy and powerful configuration for Neovim.
Some useful features included in LunarVim by default are:

Upon reading the official documentation, we can see that LunarVim has a few dependencies.
On Ubuntu, node and npm can be installed by the package manager using the command:

To install cargo we can use rustup by running the command:

LunarVim requires version 0.5+ of Neovim to function.
A helper script is included in the LunarVim documentation to quickly install the correct version:

Once that has been done, we are ready to install LunarVim.

I prefer installing from the rolling branch because the stable branch can feel neglected.

After installation we can finally run LunarVim with the command:

And we are greeted with the default welcome screen. 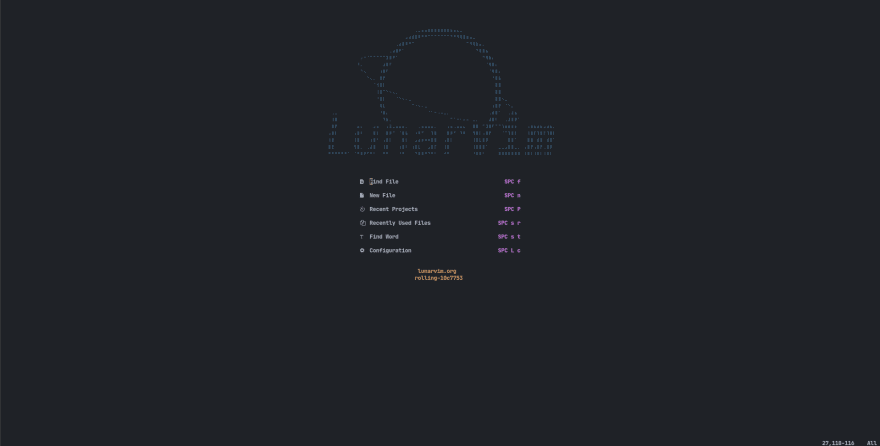 The default configurations are perfectly usable and capable of serious development right out of the gate.
However, with some simple changes we can make it more closely fit our preferences.

If we look in our user configurations files (~/.config/lvim/), we can see that LunarVim has generated a default configuration file.
After opening the file, LunarVim automatically installs the language server for lua, providing us with auto-completion and linting which makes working with the configuration file much easier.

Changing the Leader Key and Theme

By default LunarVim uses the spacebar as its leader key. I, however, prefer to use the comma key.
This is easily done by editing or adding the leader key entry:

The configuration contains a 'plugins' section that has been commented out by default. If we uncomment this section we gain access to a new color theme 'tokyonight'.

Uncomment the plugins section and modify the theme entry to use tokyonight:

After a restart we can see our new theme. 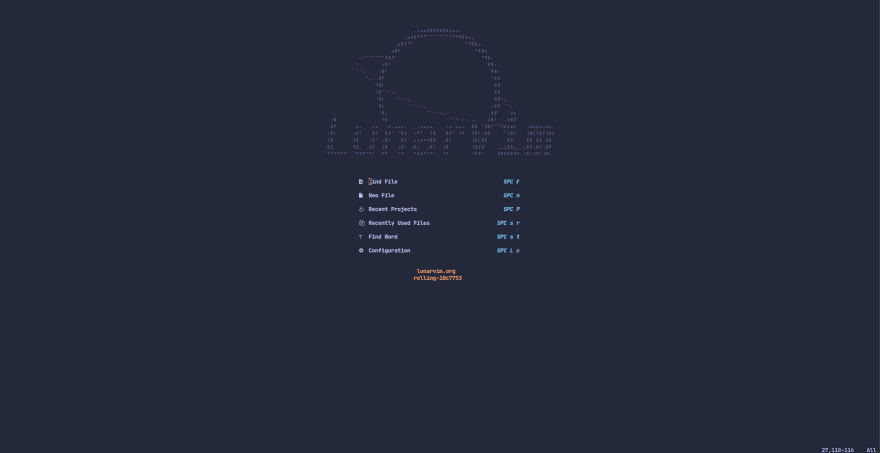 As you can probably tell, installing plugins can be as simple as adding the repository name to the lvim.plugins entry.
Let try adding a new plugin that will give us access to the dracula theme:

If the plugins do not automatically install, we can install them manually by pressing colon(':') and running the command:

Upon restart we can see our new theme in the list. 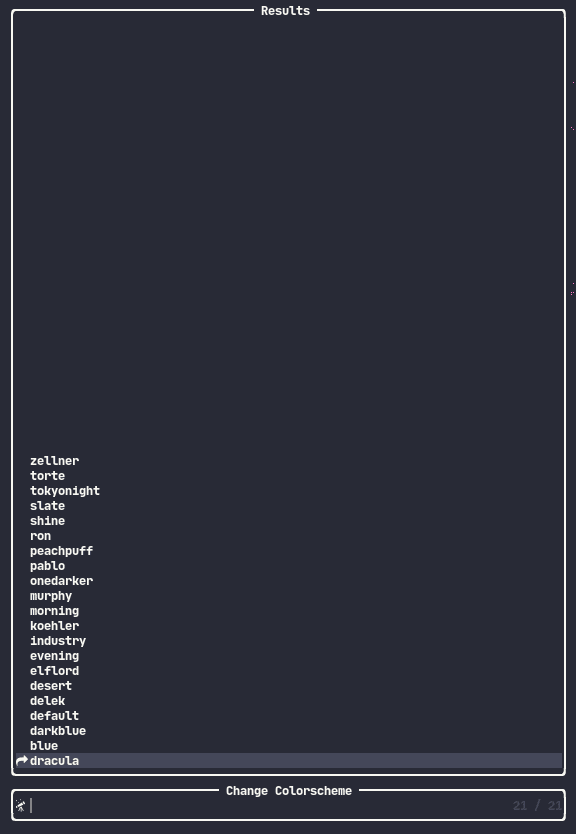 LunarVim has a tendency to break on occasion. A reinstallation seems to always fix these problems so I like to keep a script to handle the reinstallation and configuration file management.

LunarVim isn't the only project that maintains a sophisticated Neovim configuration. It is, however, actively developed and comes with many sane defaults which most people put into their Neovim configurations anyway.
It can be a great option for Neovim beginners or seasoned veterans who are tired of maintaining a fragile and frustrating configuration file.
LunarVim can also be used outside of development. This article was written using LunarVim with full spell-checking and grammar-checking support. 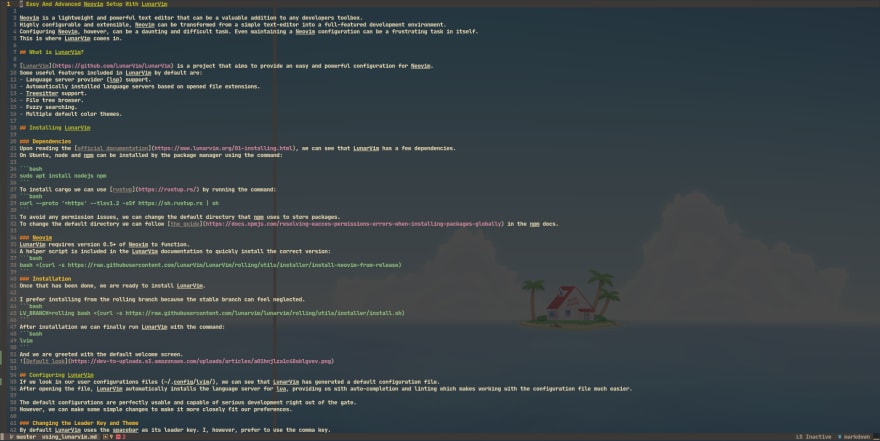 My LunarVim and other configurations can be found on my gitlab.

How Do You Overcome Imposter Syndrome?

Once suspended, siph will not be able to comment or publish posts until their suspension is removed.

Once unsuspended, siph will be able to comment and publish posts again.

Once unpublished, all posts by siph will become hidden and only accessible to themselves.

If siph is not suspended, they can still re-publish their posts from their dashboard.