gRPC (Google Remote Procedure Call) is a high-performance, open-source universal RPC
framework that Google developed to achieve high-speed communication between microservices. gRPC has Protobuf (protocol buffers) by default which would format or serialize the messages to a specific format that will be highly packed, highly efficient data. By its virtue of being a lightweight RPC, gRPC is suited for many use-cases.

gRPC can be considered a successor to RPC, which is light in weight. Google developed it to communicate between microservices and other systems that need to interact. There are several benefits of using gRPC.

Apart from the above-mentioned key benefits, gRPC also promotes better design in your application. gRPC is API-oriented instead of resource-oriented like REST. It is also asynchronous by default which means it does not block the thread on request, and it can serve millions of requests in parallel, ensuring high scalability.

We will be using OpenTelemetry libraries to monitor gRPC calls in our sample Golang application.

OpenTelemetry can only help in generating the telemetry data. In order to store, and analyze that data, you need to choose a backend analysis tool. In this article, we will monitor collected data from gRPC calls with SigNoz.

SigNoz can be installed on macOS or Linux computers in just three steps by using a simple install script.

You can visit our documentation for instructions on how to install SigNoz using Docker Swarm and Helm Charts.

When you are done installing SigNoz, you can access the UI at http://localhost:3301

We will use a sample Golang gRPC application consisting of components such as Go gRPC server, go gRPC Client along with MongoDB.

Our application is a simple Employee Service. Here is the architecture of the application along with OpenTelemetry and Signoz.

Update your PATH so that the protoc compiler can find the plugins:

Running a sample application with OpenTelemetry

Following are the steps to run the sample Golang gRPC application with OpenTelemetry:

Step1:
Clone the sample Golang app repository and go to the root folder

We will be using a sample go-grpc app in this GitHub repo.

You can check out the dependencies required from go.mod file. Install all the required dependencies for the sample application using

OpenTelemetry needs the following libraries to instrument the golang-grpc app.

In the .proto file, we have the service definition and the respective functions/messages, and through the protoc compiler, we will generate the necessary protobuf files.

The following two commands will install the dependencies for golang's grpc and protoc-gen-go,  which will need the .proto file*.* Now let's see how the protoc compiler generates the respective code for Golang. For this, we have executed the following command from the root of our project.

Notice that we use relative paths and set the path of our employee.proto file to compile. The above command has generated two files:

If you look at the file employee_grpc.pb.go, you can notice that structs and interfaces are generated for the client and server implementation.

You can check for the .proto files here.

In order to instrument our services, we will create a config.go file and use it to instrument the gRPC Server, gRPC Client, and MongoDB.

You can check out the configuration in the code sample here.

But when it comes to instrumentation data for MongoDB, we need to use this OpenTelemetry Go library.

It is already included in the go.mod file of the sample repo.

When the MongoDB client is initialized, we need to set the monitor through otelmongo.NewMonitor() method like below which would get the instrumentation data from MongoDB.

We have the .env files in the client and server directory in order to set up environment variables required for grpc-server and grpc-client components.

You can check the client env file and server env file in the sample GitHub repo. 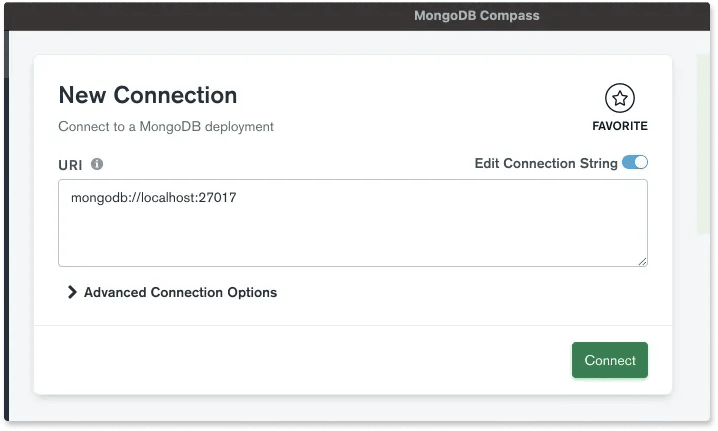 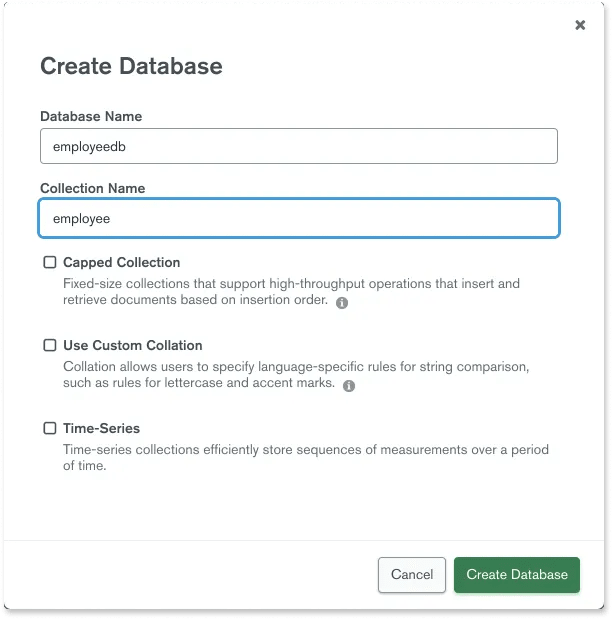 Now that the sample Golang gRPC application is set up with OpenTelemetry, let’s see how we can use SigNoz dashboard to monitor the collected data.

You need to generate some data to see how traces are captured in the SigNoz dashboard. From the root of our project,

Step 1:
cd to the server directory and then run the go grpc server

Step 2:
cd to the client directory and then run the go grpc client

Running the client makes a set of CRUD operations in MongoDB such as create Employee, Read Employee, Update Employee and Delete Employee. We have added traces for all these operations so that it generates some monitoring data to be explored on the SigNoz dashboard.

Now, open the SigNoz dashboard in your browser at http://localhost:3301/dashboard. You should now be able to notice Go-Grpc-Otel-Server in the list of services being monitored on the dashboard.

Our example telemetry configuration assumes that our application is running locally and that we want to process every span individually as it's emitted.

Explore all events(spans) in your service

You can get a list of all the events(or spans as defined in distributed tracing) related to your Go-gRPC-Otel-Server. Use powerful filters on the Traces tab of SigNoz dashboard to analyze your Application performance.

Detailed trace of each span in Application

Clicking on any span in the span table will bring you to a detailed trace page where the entire journey of traces of server, client, and MongoDB are shown. The trace-detail page has the info on time taken by each part of the request can help identify latency issues quickly.
You will see the flamegraph of the selected event, which shows how the request traveled between the gRPC server and the gRPC client.

MongoDB Traces and its semantic conventions

Establishing a sequential flow of the query and info on the time taken by each part of the request can help quickly identify latency issues. For example, you can see details like how much time the find query took. You can also see the related MongoDB query.

It also provides the semantic_conventions of MongoDB in the below window.

You can also use SigNoz dashboard to capture error in your MongoDB queries. If you request for a data field that is not available in the backend, then the application will return an error.

OpenTelemetry makes it very convenient to instrument gRPC calls for performance monitoring. OpenTelemetry is going to be the future of monitoring and observability for cloud-native applications, as it’s backed by a huge community.

The biggest advantage of using OpenTelemetry is that you are not locked-in to a vendor. If tomorrow, you want to use a different vendor you can do so easily.

SigNoz works natively with OpenTelemetry. The query service and the visualization layer on top of your telemetry data is key to generate actionable insights quickly. SigNoz provides out-of-box charts and powerful filters to analyze the telemetry data quickly.

OpenTelemetry and SigNoz provide a great open-source solution to monitor gRPC calls. You can try out SigNoz by visiting its GitHub repo 👇

If you have any questions or need any help in setting things up, join our slack community and ping us in #support channel.

Monitor a Go application with OpenTelemetry

How we migrated an entire AWS Organization to a new one, without anyone noticing.

Once suspended, signoz will not be able to comment or publish posts until their suspension is removed.

Once unsuspended, signoz will be able to comment and publish posts again.

Once unpublished, all posts by signoz will become hidden and only accessible to themselves.

If signoz is not suspended, they can still re-publish their posts from their dashboard.