And if you think your are safe (as you recently procured a well marketed commercial open source dependency scanner) is when you are most in danger as all such tools lack intelligence to track such advanced infiltration patterns.

The phrase “Think like an Attacker” is often abused in cyber security to encourage people and organizations to get inside the head of the groups which are targeting them.

Lately, I’ve been challenging people to think like a professional chef. Most people have no idea how a chef spends their days, or how they approach a problem. They have no idea how to plan a menu, or how to cook a hundred or more dinners in an hour.

Key takeaways : You cannot teach a defender to think like an attacker. As Haroon wisely states (quoting from Richard Feynman’s Cargo Cult Science), we as defenders follow everything that we see the attacker do, then model detection in isolation (honeypots, adversarial modeling, situational awareness) and not grasp the point bearing context.

Let’s now revert back to UA-Parser-JS incident and speculatively understand how an infiltrator organized her/his actions.

Identify the most popular libraries imported/used in the NPM package index.

Why pick this library?

It’s imperative that us-parser.js (7.9MM weekly downloads) is fairly popular and ranked on the fortnight index. The UA-Parser-JS library is used to parse a browser’s user agent to identify a visitor’s browser, engine, OS, CPU, and Device type/model. 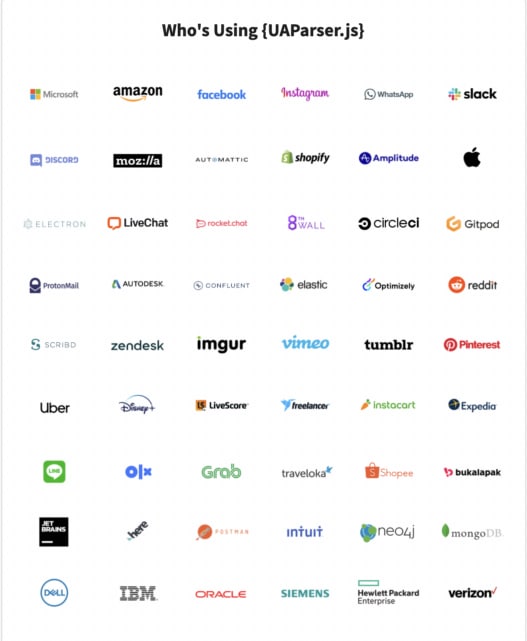 The infiltrator got access to the committer’s keys/identity and managed to publish malicious versions. It has not been publicly stated how the threat actor got access to the publisher’s identity. Note, the source code in this case was not compromised, but rather altered offline and published into the NPM repository ( as versions 0.7.29, 0.8.0, 1.0.0)

“I noticed something unusual when my email was suddenly flooded by spams from hundreds of websites (maybe so I don’t realize something was up, luckily the effect is quite the contrary),”

said Faisal Salman, the developer of UA-Parser-JS, in a bug report.

“I believe someone was hijacking my npm account and published some compromised packages (0.7.29, 0.8.0, 1.0.0) which triggered the install of malware”

How can we help?

Upgrading libraries in a mature application can be costly. This can make customer and partner security requirements painful to accommodate. I-SCA carries over its unique ability to gauge “reachability” to it’s SBoM reports. These reports include reachability statistics for each CVE discovered. This objective analysis reduces open risk exposure to only that which impacts your application.

ShiftLeft’s I-SCA goes beyond simply checking to see if the vulnerable package is called by your application. As part of ShiftLeft CORE, it runs alongside NG-SAST to determine whether a threat actor can actually reach the known vulnerability. This removes a great deal of work for developers by eliminating the need to upgrade packages, a process that can take hours to perform and weeks to schedule.

How we secure our password in express and mongoDB