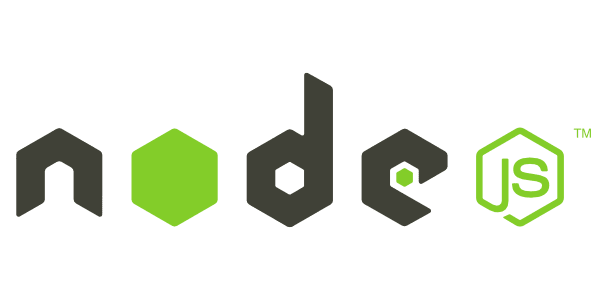 Are you a Node Js developer? Looking for some basic entry Level NodeJs Interview Question. In this article, I am going to share 25 NodeJS Basic Interview Questions by expert members with experience in Node.JS. These Interview Questions have been designed specially to get you acquainted with the nature of questions you may encounter during your interview for the subject of Node.JS.

Node.js is a Server-side scripting which is used to build scalable programs. Its multiple advantages over other server-side languages, the prominent being non-blocking I/O.

3. What does event-driven programming mean?

In computer programming, event-driven programming is a programming paradigm in which the flow of the program is determined by events like messages from other programs or threads. It is an application architecture technique divided into two sections 1) Event Selection 2) Event Handling

I/O is the shorthand for input and output, and it will access anything outside of your application. It will be loaded into the machine memory to run the program, once the application is started.

Node.js works on a v8 environment, it is a virtual machine that utilizes JavaScript as its scripting language and achieves high output via non-blocking I/O and single-threaded event loop.

6. Why Node.js is single threaded?

For async processing, Node.js was created explicitly as an experiment. It is believed that more performance and scalability can be achieved by doing async processing on a single thread under typical web loads than the typical thread-based implementation.

7. Explain the steps how "Control Flow" controls the functions calls?

8. What is control flow function?

A generic piece of code which runs in between several asynchronous function calls is known as control flow function.

9. What are the two types of API functions in Node.js?

10. What is the advantage of using node.js?

11. What are the two arguments that async.queue takes?

The two arguments that async.queue takes
a) Task function
b) Concurrency value

12. Why node.js is quickly gaining attention from JAVA programmers?

Node.js is quickly gaining attention as it is a loop based server for JavaScript. Node.js gives the user the ability to write the JavaScript on the server, which has access to things like HTTP stack, file I/O, TCP, and databases.

13.Using the event loop what are the tasks that should be done asynchronously?

a) I/O operations
b) Heavy computation
c) Anything requiring blocking

Yes - it does. Download the MSI installer from http://nodejs.org/download/

16. What is the difference between Node.js vs Ajax?

The difference between Node.js and Ajax is that Ajax (short for Asynchronous Javascript and XML) is a client-side technology, often used for updating the contents of the page without refreshing it. While,Node.js is Server Side Javascript, used for developing server software. Node.js does not execute in the browser but by the server.

17. How Node.js overcomes the problem of blocking of I/O operations?

Node.js solves this problem by putting the event-based model at its core, using an event loop instead of threads.

Pros:
a) If your application does not have any CPU intensive computation, you can build it in the JavaScript top to bottom, even down to the database level if you use JSON storage object DB like MongoDB.
b) Crawlers receive a full-rendered HTML response, which is far more SEO friendly rather than a single page application or a websockets app run on top of Node.js.
Cons:
a) Any intensive CPU computation will block node.js responsiveness, so a threaded platform is a better approach.
b) Using a relational database with Node.js is considered less favorable

19. Mention the steps by which you can async in Node.js?

To process and handle external events and to convert them into callback invocations an event loop is used. So, at I/O calls, node.js can switch from one request to another.

22. Mention the framework most commonly used in node.js?

"Express" is the most common framework used in node.js

23. What is the command that is used in node.js to import external libraries?

Command "require" is used for importing external libraries, for example, "var http=require ("http")". This will load the http library and the single exported object through the http variable.

In node.js "non-blocking" means that its IO is non-blocking. Node uses "libuv" to handle its IO in a platform-agnostic way. On windows, it uses completion ports for Unix it uses epoll or kqueue etc. So, it makes a non-blocking request and upon a request, it queues it within the event loop which calls the JavaScript 'callback' on the main JavaScript thread.

25. What are the Challenges with Node.js?

Emphasizing on the technical side, it's a bit of challenge in Node.js to have one process with one thread to scale up on multi-core server.

We have given the Basic 25 Important interview questions with answers on Node JS. Looking forward to hearing from you if you have any other questions or require any further assistance.

Once suspended, sharadtricks will not be able to comment or publish posts until their suspension is removed.

Once unsuspended, sharadtricks will be able to comment and publish posts again.

Once unpublished, all posts by sharadtricks will become hidden and only accessible to themselves.

If sharadtricks is not suspended, they can still re-publish their posts from their dashboard.

Once unpublished, this post will become invisible to the public and only accessible to Sharad.

Thanks for keeping DEV Community 👩‍💻👨‍💻 safe. Here is what you can do to flag sharadtricks:

Unflagging sharadtricks will restore default visibility to their posts.