The Unified Model Language (UML) diagram at the start of this article might be a bit scary to look at it if you’re not familiar with UML but let's start with the basics. Player is an interface (Python doesn't exactly have interfaces but you can achieve the same result using an abstract class, you’ll see an example below) that contains a single method definition. Any class that implements the Player interface must implement the attack method that matches the signature, i.e.

Therefore, as shown in the UML diagram the Rogue class implements attack. If attack wasn’t implemented a TypeError would be thrown. Let’s implement Rogue and Sword: 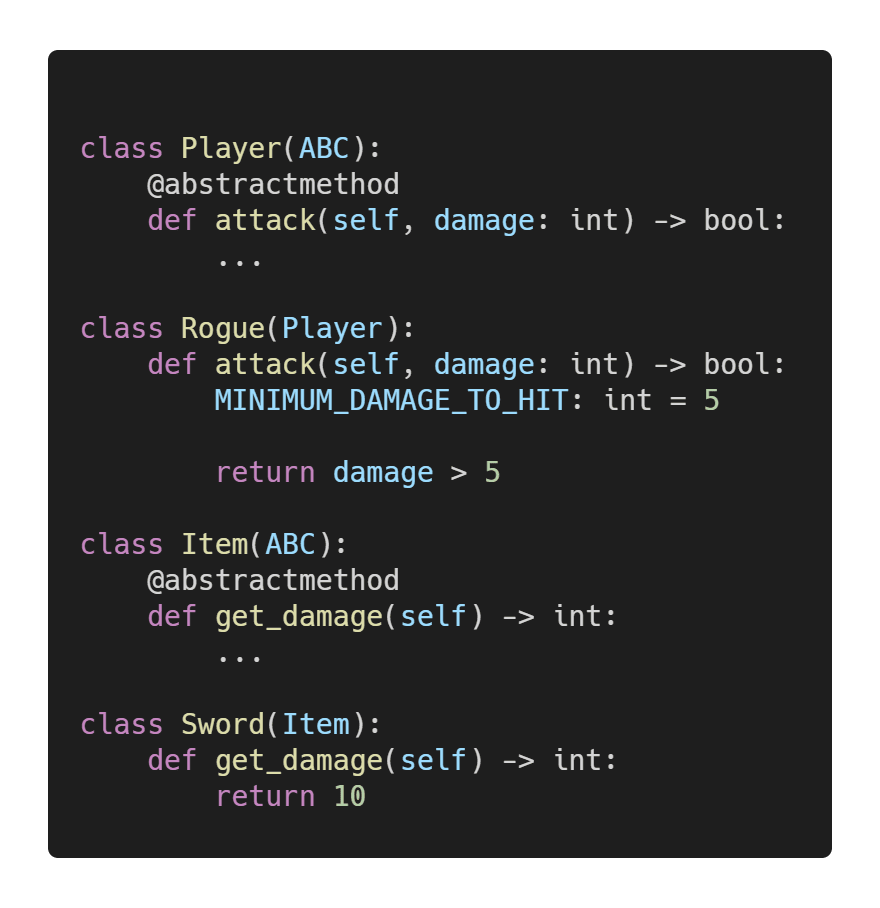 Next, we need to create two factories for Player and Item. The factory design pattern has many benefits but my personal favourite benefit is it separates the process of creating an object from the code that depends on the interface of the object. Making the code more extensible and maintainable while improving readability. A lot of articles regarding the factory design pattern use a lot of jargon but in reality it is quite simple, let me show you.

This method might look confusing to those who are not familiar with generics (especially Python developers since duck typing essentially allows everything to be “generic”). Generic methods allow for a single function declaration to be called with different arguments or different return types. Let me show you with an example: 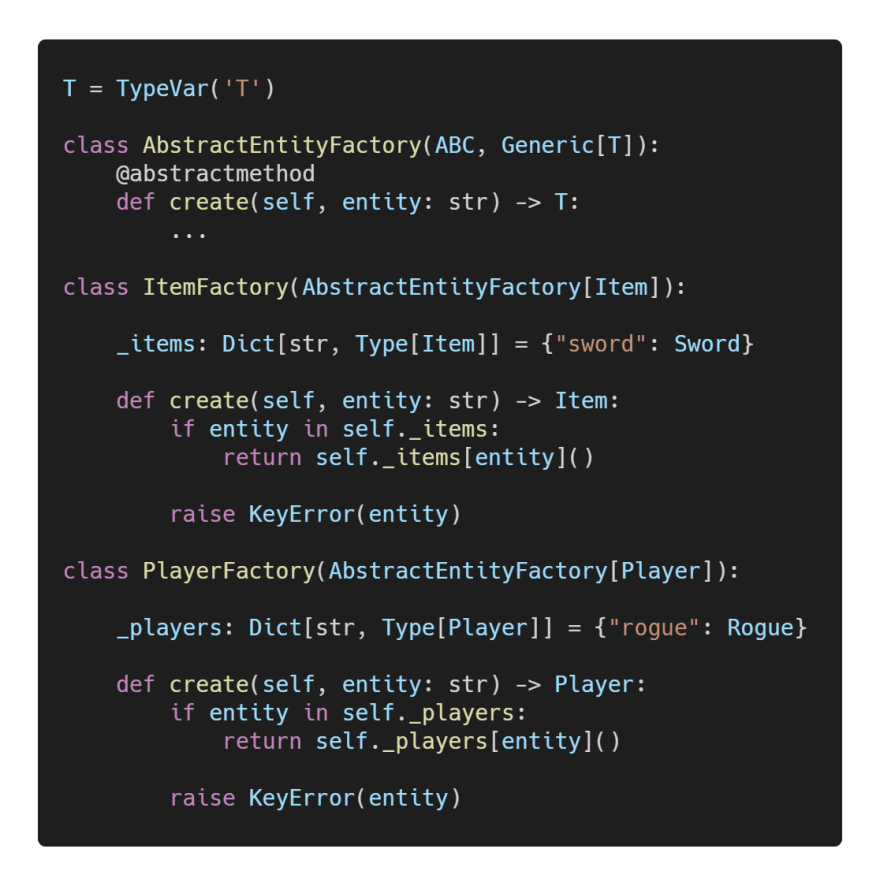 Lastly, we need to create our “factory of factories”, GameFactory. GameFactory encapsulates PlayerFactory and ItemFactory without specifying their concrete classes (what the abstract factory design pattern is meant to do). It sounds more complicated than it looks:

Using Mypy we validated our Python code is typed correctly 🙏.

The code snippet directly below is an example of the GameFactory creating a Sword and a Rogue, getting the sword damage and attacking with the rogue.

That’s it! You’ve successfully implemented a typed version of the abstract factory in Python while adhering to the SOLID design principles.

Codespaces Tips: How to Create Pull Requests Without Leaving Your Code Editor

Once suspended, shanenullain will not be able to comment or publish posts until their suspension is removed.

Once unsuspended, shanenullain will be able to comment and publish posts again.

Once unpublished, all posts by shanenullain will become hidden and only accessible to themselves.

If shanenullain is not suspended, they can still re-publish their posts from their dashboard.

Once unpublished, this post will become invisible to the public and only accessible to Shane Nolan.

Thanks for keeping DEV Community 👩‍💻👨‍💻 safe. Here is what you can do to flag shanenullain:

Unflagging shanenullain will restore default visibility to their posts.