Percentiles are a statistics concept, but you often see them mentioned in software engineering. Like this, this, and this. If you're wondering what they're all about and why we should care, this post is for you.

(If you're already familiar with the concept of percentiles, you can skip this part. Also, I only did statistics up to secondary school, so please correct me if I'm wrong.😀)

Let's say we have a distribution of recorded values, say test scores or heights or weights. Percentiles give us a way to split this distribution into 100 equal units based on not just the actual values (the scores), but how often they appear (their frequencies). I'll skip the details of this calculation, but here's what it works out to: the nth percentile of a set of scores is a value that has n% of scores falling below it.

In the same way:

Whenever people mention percentiles, there's often some implied context. If a student says, "I was in the 95th percentile", you know they're talking about test scores. In software, you'll hear statements like, "Our 50th percentile is 50 milliseconds, while our 90th percentile is 4 seconds". The implied context is most likely to be latency or response time, but it could also be any other metric, such as cache TTLs or time-to-interactive (the time it takes for a web page to be fully loaded). We'll focus on response time here, but the general idea applies across all metrics.

By "response time", I mean the time it takes for a service to handle a request and produce a response. If you have an app with a lot of users, you probably have some metrics setup that monitors the performance of your service. Now, how do you determine if your service is fast or slow?

But what do you compare against that threshold? You can determine if 1 request is fast or slow, but what if 100,000 people are using the service per minute? How do you generally decide if there's a problem or not? This is where statistics comes in handy. Statistics gives us measures that help us describe a distribution without us having to look at each value in the distribution.

There's a second problem here. If we compare the average response time to our thresholds, 803ms is still below our threshold for concern (1s), so we won't be worried. But there's a hidden detail: 2 out of 6 users had to wait over 2 seconds, well over our threshold for concern. 2 out of 6 users is pretty small right now, but that's 33.3% of our users. If we have 100k users, that means 33k users experience the slow requests!😱 Depending on your service, this could be a major problem.

This is why we also need percentiles. Percentiles are useful because they split up the distribution by how often a thing is happening. If the p90 test score is 65, that means 90% of the students scored less than 65. In the same way, if your p90 response time is 2 seconds, that means that 90% of requests finish before 2 seconds. So that 2 second response time only happens 10% of the time. 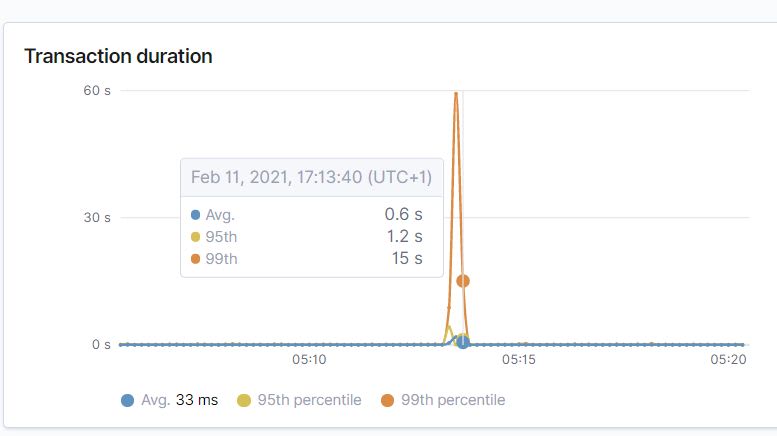 AWS Lambda metrics show average, minimum and maximum response time by default, but you can select a percentile: 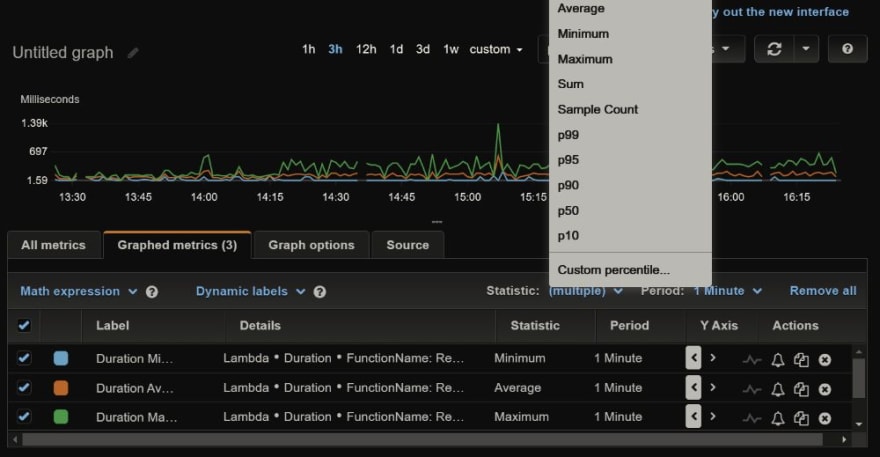 So that's the long and short of it. It's a game of numbers. We want our services to be fast, but because computers are weird, software is evil and resources are shared, we can't make every request equally fast. Some requests will inevitably be slower than others. So we do the next best thing: make most of them fast and minimize outliers. I think the mean works best for detecting a problem (if our mean response times rise from 200ms to 800ms, something's probably going on), while percentiles help us set targets and focus our engineering efforts on optimizing for the majority

Postscript: Here's a post from the Section blog that goes into a bit more detail on long-tail latency. I like this quote: "humans do not perceive the commonplace; they do not forgive you because your average is good". Basically, users don't care about your average; they care about their experience. (It's called a long tail because when you plot it on a graph, it literally looks like a tail.)

Hadoop/Spark is too heavy, esProc SPL is light

How to create apps for Microsoft Teams