This article is about building a full CI/CD pipeline for Visual Studio Code extensions using only GitHub Actions.

My basic requirement was to build an automatic CI/CD that will allow me to do the following upon pushing a new commit to master branch:

One last thing: I wanted to do all of that based solely on GitHub Actions :) So I need nothing but the GitHub repository to configure and run everything.

It all began when I wanted to write a small VS Code extension that will allow me to right-click on a Yaml file and apply/delete it from my local Kubernetes cluster.
Very soon I realized that VS Code’s documentation to how to write an extension is really good — I found myself writing and locally-debugging my new Typescript extension in no time, but then it occurred to me that the full CI/CD for it that Microsoft suggests in their docs is a bit lacking:

This part is actually relatively good in the formal docs, they specifically mention a GitHub Action that runs the tests on Mac, Windows and Linux, and I definitely used it.

The entire release and publish process is built on the vsce tool.
The first things you need to do to set the ground is to follow the publishing docs and especially do the following:

Once you have all that you can package, publish and unpublish your extension using vsce.
Those are manual steps needed to be taken, less than ideal!

In addition there is also a gap in how the extension version is set during publishing. there are a few ways to set that:

This is really not handy, I want the version to be set according to my commit conventions automatically, with automatic release notes generation. Spoiler: I will use semantic-release for that :)

I’ll follow the steps I went through and we’ll build our CI/CD pipeline step by step.

I followed the formal docs and relatively easily created a new repository with my fresh templated Typescript extension.
I then modified the functionality so right clicking a YAML file allows you to apply or delete it from my local Kubernetes cluster. super cool and useful to me!

Mention that the workflow should happen on push to master

Change you yaml workflow to be:

The upper paragraph tells GitHub to run that action when a push to master happens.
The lower part is the jobs that should be run, we will fill them soon.

As mentioned above I would like the tests to run on Mac, Windows and Linux. and the docs actually mention a specific action I will use now by adding a dedicated job:

As can be seen this adds a job called Test, that will run on Mac, Windows and Ubuntu.
this job contains 4 steps:

After this step I saw that on the Actions tab: 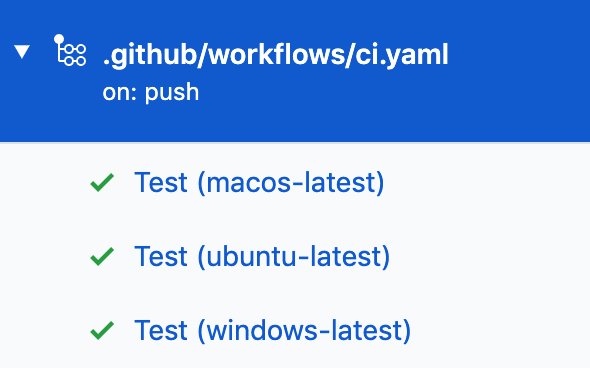 where each test had the following steps: 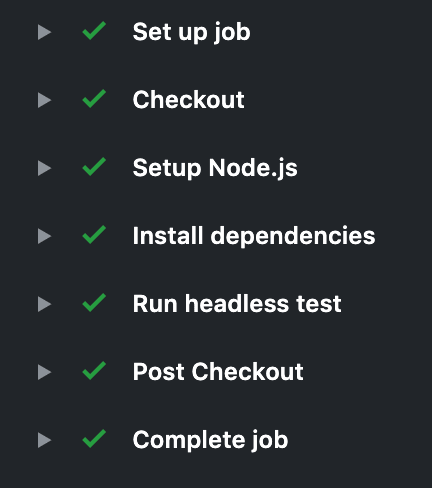 Let’s add a new step, which looks like the following:

We’ll go slowly through this, don’t worry!
So we begin with the previous steps of checking out the code, setting up Node 12 and running npm install. The next two steps are the most important ones, and deserve sections of their own.

The purpose here is to create and publish a new GitHub release with proper release notes.
In order to do so I basically just call semantic-release :) This action runs through the commit messages, builds release notes and creates a new GitHub release with a semver version corresponding to the commits I added.
It also sets that release version in the package.json, a useful fact for next phase.

In order to properly configure semantic-release you need to:

The purpose here is to upload a new version of the extension to the VS Code marketplace with the correct version.
One of the benefits of the previous Release section is that the package.json now contains the right package version. all needed to do no is to call vsce publish -p <my token>.
I found an existing GitHub action to release a plugin, JCofman/vscodeaction. all you need to do is to pass it your PUBLISHER_TOKEN as an env var (again, using GitHub secrets). 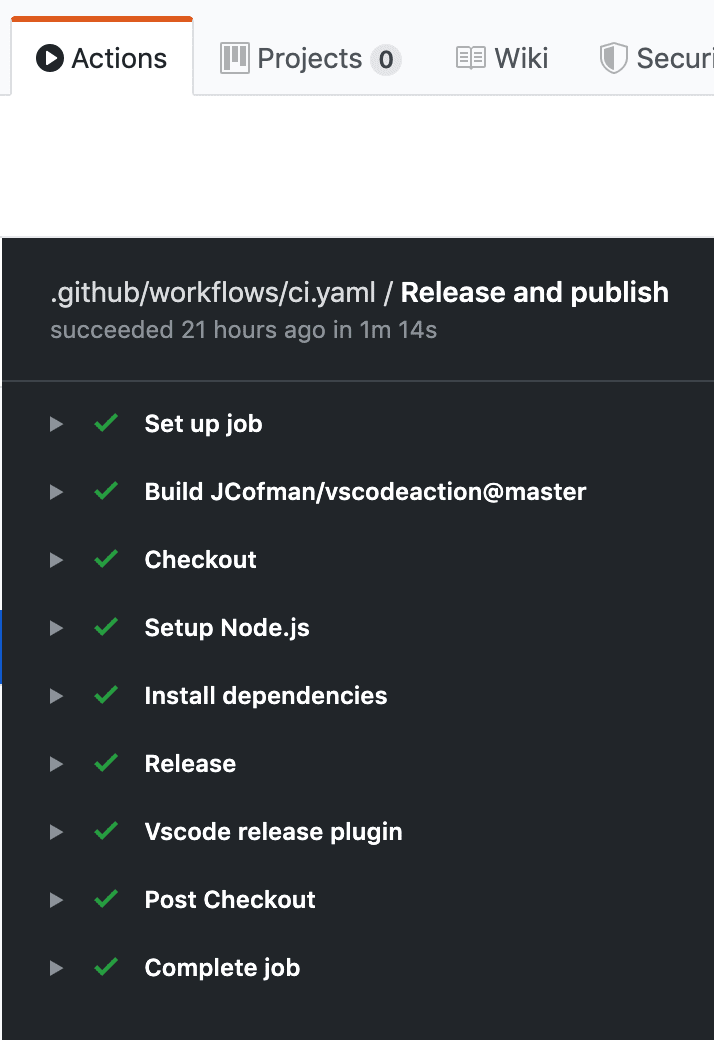 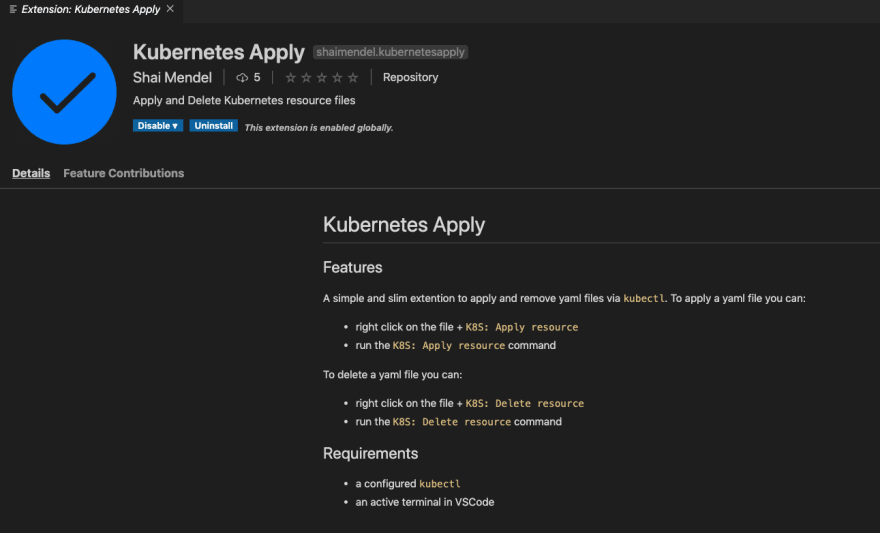 You can now find my new extension in the marketplace and in VS Code extensions search!

You can find my repository at https://github.com/shaimendel/vscode-plugin-cicd-github-actions, with the workflow configured at ci.yaml.

We just build a fully automatic CI/CD for a new VS Code extension.
every time a new PR is merged to master we:

and we did all of it purely using GitHub Actions! 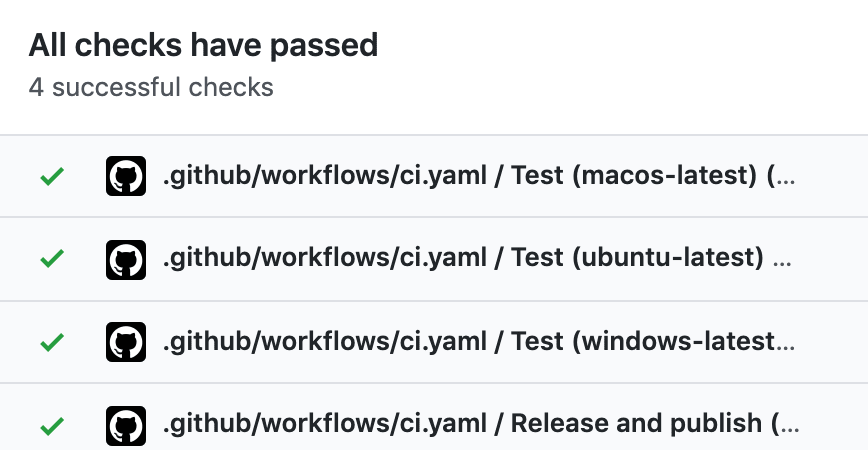 Is this the end of localhost? VS Code Server Preview

Once suspended, shaimendel will not be able to comment or publish posts until their suspension is removed.

Once unsuspended, shaimendel will be able to comment and publish posts again.

Once unpublished, all posts by shaimendel will become hidden and only accessible to themselves.

If shaimendel is not suspended, they can still re-publish their posts from their dashboard.

Once unpublished, this post will become invisible to the public and only accessible to Shai Mendel.

Thanks for keeping DEV Community 👩‍💻👨‍💻 safe. Here is what you can do to flag shaimendel:

Unflagging shaimendel will restore default visibility to their posts.