If you are lazy to read, i also have video for same topic.

Application's performance has always been a challenge for any developer in any programming language.You can define a good developer as a developer who can develop most efficient or best performing applications and in case of web development applications, the more number of I/O the application can handle, the better performant is the application.So we have to build applications which can handle a lot of i/o smoothly and without any delay.

First let's try to understand the potential reason for the lag or the inefficiency. As we know behind the scenes Node js has this awesome event loop which helps nodejs to run multiple tasks at once very smoothly, so how exactly node js slows down. 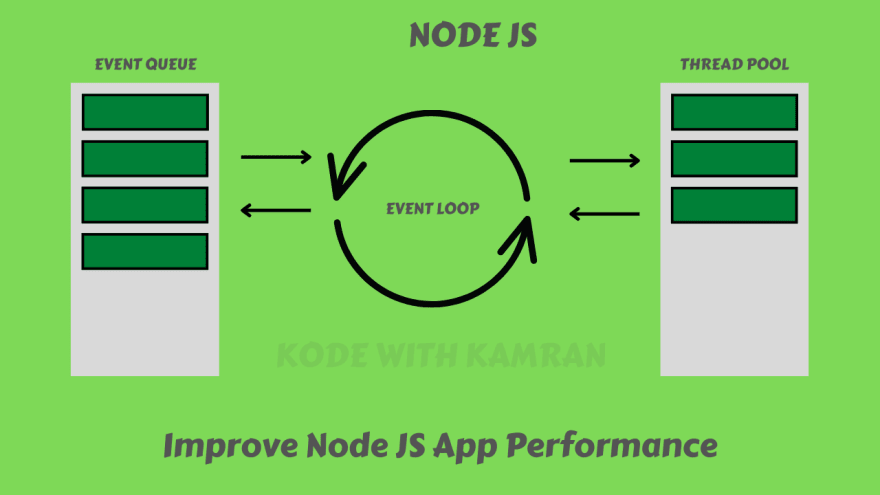 If we dive deep in event loop phases we see that the poll phase can be the reason for slowness sometimes if the I/O is too big to be executed. Yeah it's possible that if we do some CPU intensive work, the poll phase may take more time and your whole application slows down. It is not a big deal. Large scale applications sometimes face this issue. So let's talk about how we can handle these scenarios in node JS applications. 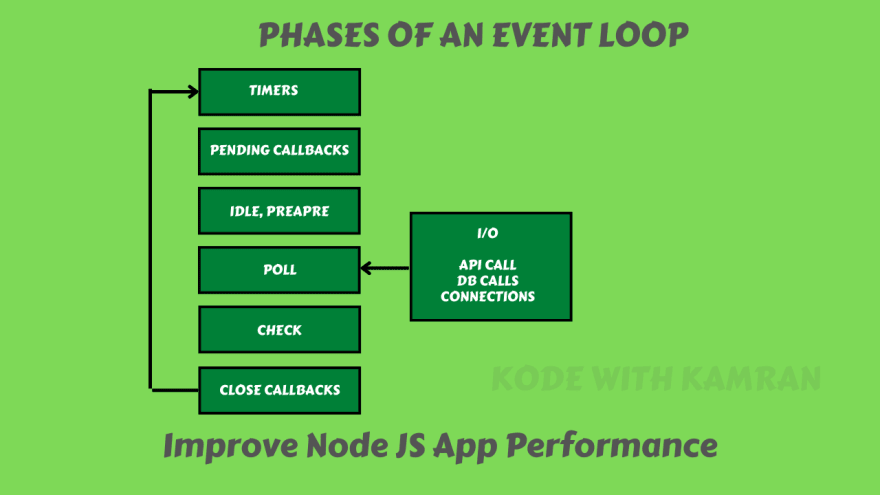 The best solution which I always recommend and I also personally use is using "Worker thread". Yeah I know that Node JS is a single threaded framework, so we are not going to actually use multithreading over here. Instead of that we are going to spin up some worker threads which will be running on a separate event loop. This new event loop will be completely isolated from the main event loop and any kind of CPU intensive work we are going to offload to this thread. Now let's try to take an example where we can create a new worker thread and we'll try to understand how you can implement the same in your application.Same implementation I have already done in of one of my YouTube videos, so, if you are a video kind of person then you can check out my video on my YouTube channel.

Lets create a module for factorial

In this case when numbers are bigger, the process will take up time and block other processes, and that's what we don't want. So we will create a worker thread.

Lets create a new worker thread and do calculations in that, creating a worker is simple, You have to create a separate file for the worker and use that file to create a worker instance in any file.

Your worker file will be simple script where direct logic will be written.

To emit messages to parent thread from worker thread

And you factorial.js will be

Git REpo for Code: https://github.com/shaikh-kamran/nodejs-worker-thread-example
Hope this blog helps you understand the implementation of worker thread in Node js application,
Happy Koding everyone!!!

Once suspended, shaikhkamran will not be able to comment or publish posts until their suspension is removed.

Once unsuspended, shaikhkamran will be able to comment and publish posts again.

Once unpublished, all posts by shaikhkamran will become hidden and only accessible to themselves.

If shaikhkamran is not suspended, they can still re-publish their posts from their dashboard.

Once unpublished, this post will become invisible to the public and only accessible to kamran.

Thanks for keeping DEV Community 👩‍💻👨‍💻 safe. Here is what you can do to flag shaikhkamran:

Unflagging shaikhkamran will restore default visibility to their posts.