Hi everyone!!
It's been too long since I wrote a post on dev.to, but hey, here I am back once again. I've been busy with my college stuff going on lately. Today I am going to talk about something that I thought was so hard (atleast for me) and amazing at the same time. I always wondered "How do they create a VS code theme/extension so wonderfully ??", and some days back I thought to give it a go and create something that I can be proud of!

So, I decided to create my own theme for VS Code. It's called Martian Night. (Don't worry, I will tell how I got the theme name idea). I watched some of the YouTube tutorials on how to create a vs code theme and got some idea. Basically, what I learned is that in order to create a vscode theme one has to edit a very large JSON file. At first, I was overwhelmed, but still I kept going. I thought may be not the whole JSON file, but I can definitely edit some of the settings in order to create a very basic theme. So I started reading VS Code extension API docs and setting colors for different components of the VS code as well as the tokens used in programming languages. I have done theming for HTML, CSS, JavaScript till now and I'll add more later.

Have you ever seen Sunset on planet Mars video captured by NASA's Curiosity Rover on social media ?? I absolutely loved that video and that's where my theme is inspired from. The colors used in the theme as well as the name of the theme is inspired from that video. The theme uses a background of dark blue with light blue and white text on the foreground. Also, the color of the comments in the code is some what similar to the color of Martian soil i.e red.

Enough of the talk, let's take a look at the theme itself!! 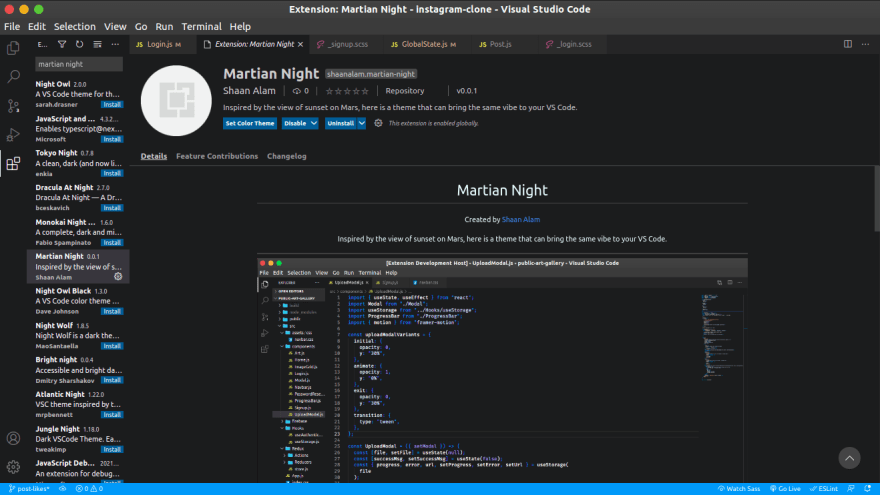 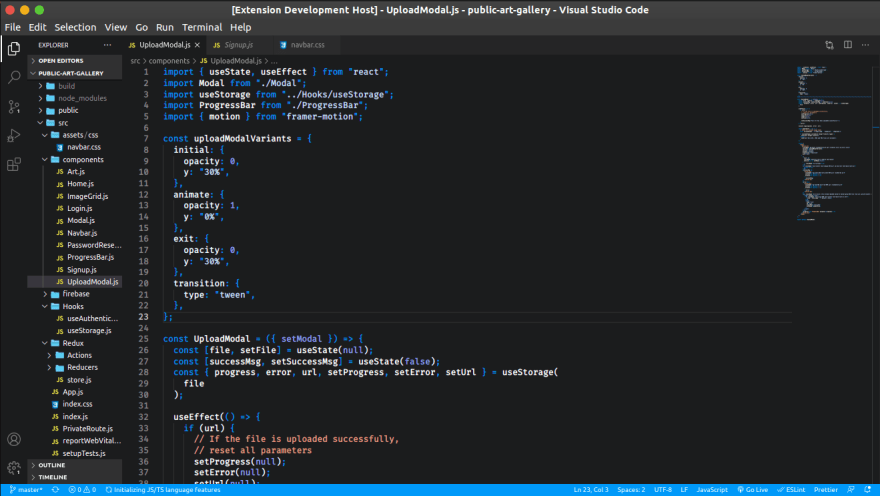 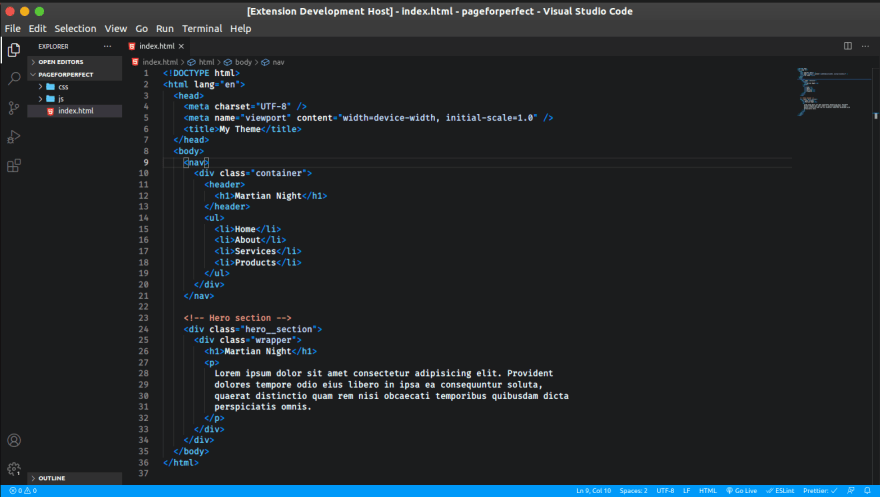 I'd love you to install this theme and give your feedback, so that I can improve this in future !! Also, the GitHub Repo is mentioned below, just in case you want to contribute to this teme. Feel free to leave a 🌟️

Shaan Alam
I am a self taught programmer currently learning Web Development. I work in JavaScript.
How I built my second brain using Next.JS
#javascript #webdev #beginners #programming
Build a NextJS Blog with MDX and Tailwind.
#react #javascript #nextjs #webdev
How to implement Google Authentication in your React Applications!!
#javascript #react #typescript #node