Coder is an IDE. Not just any IDE like our go-to VS Code or Android Studio but A full-stack IDE with root Linux terminal access. Similar to Codepen, JS Fiddle or even Run Kit. 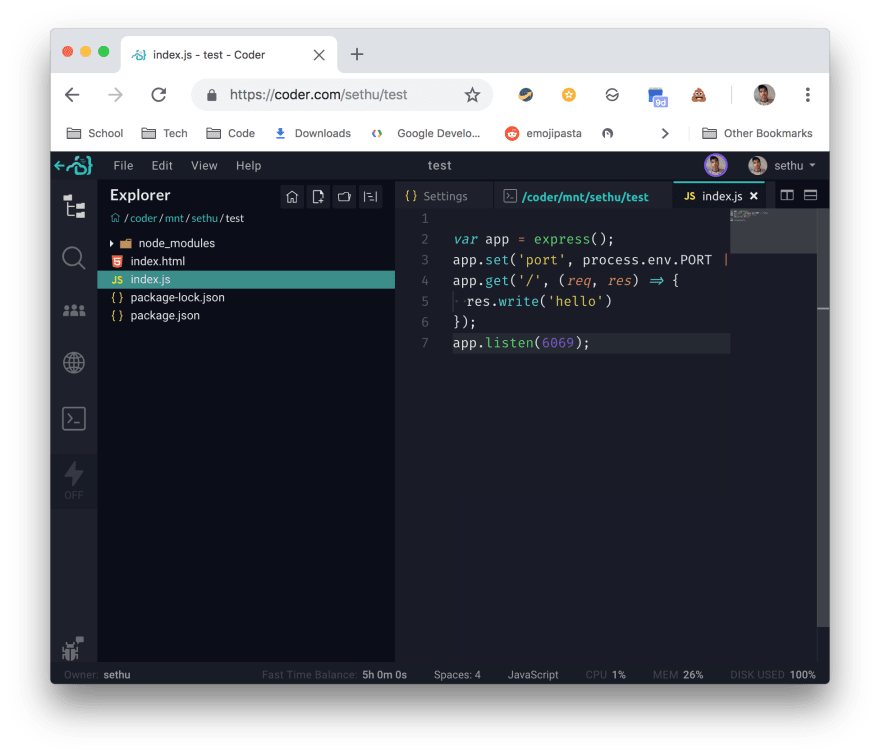 The Good and the Ugly 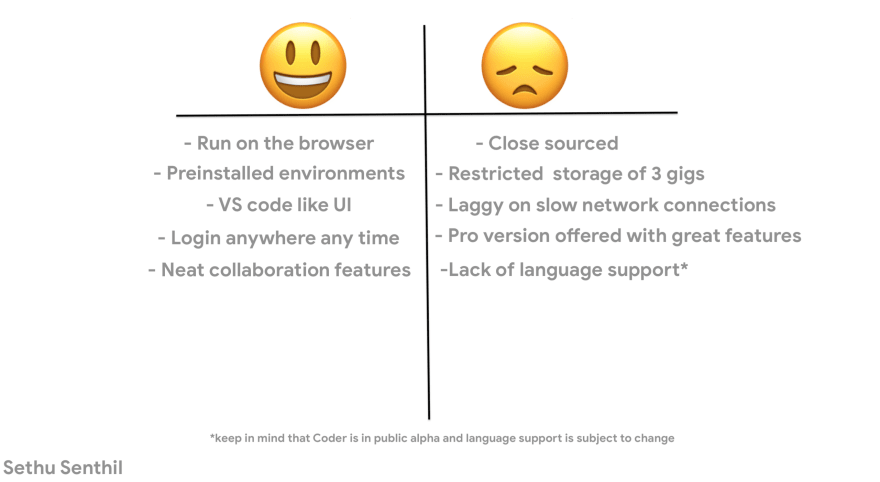 Should you hop on?

Yes, If you are a Node, Go, Java, Python or just a static webpage developer you should give it a try. No matter what computer you are on, including a Chromebook with the power of cloud computing you can code without performance hiccups or compatibility issues. This is all assuming you have access to stable, moderate internet connection with at least 5 gigs of bandwidth every month. Working on mobile hotspots in countries that have so much traffic going through every cell tower like India, isn't really a pleasant experience.

This is just the beginning

Our journey to Cloud IDE's has only just begun, hold your browsers since we might see many more attempts from Microsoft's Github that might quite literally put VS code on the cloud for completely free to show off Microsoft azure's power. Or from Google Cloud, in fact, they got something similar named Google Cloud Shell. Perhaps, Maybe, we could see something from Apple that puts Xcode online powered by Google Cloud since they are their go-to vendor. Either way, the IDE I'll be using next year is most likely going to be powered by the cloud ... and electricity.

Sethu Senthil
SBHS '21•Teen Full Stack Developer
TCP and UDP did you ever use them directly?
#discuss #javascript #programming #architecture
January 15, 2021: What did you learn this week?
#weeklylearn #discuss #weeklyretro
What is the nightmare for programmers?
#discuss #watercooler #beginners #codenewbie