One of beautiful thing about vim is that you can learn something even after using 5+ years. Even though usual vim learning curve characterized like below: 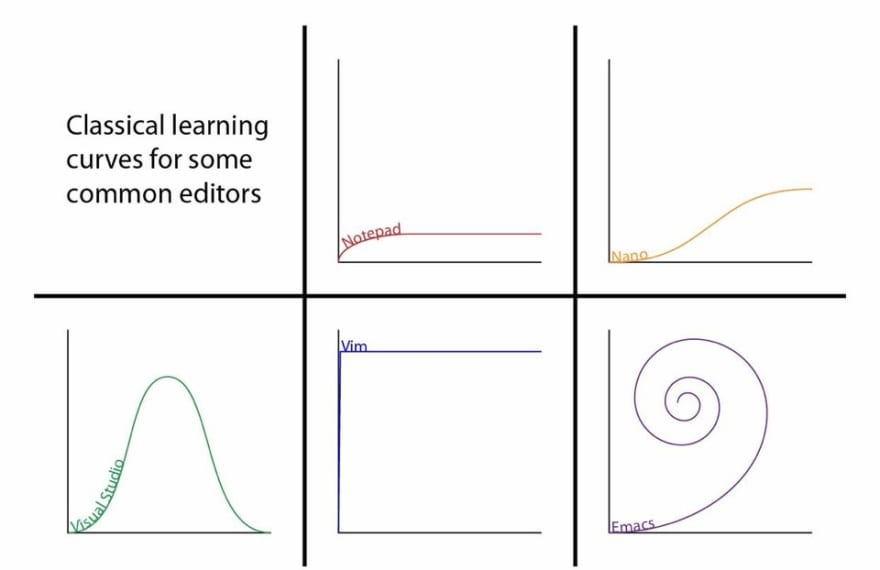 This is the command I've been looking for a long time. I accidentally saw it on one of the ThePrimeagen.

What I was doing: press 25jf"ci" on Normal mode, which means:

The annoying part is you have to press additional f" every time. For a normal user it probably means nothing, but for a vim user it means a lot, since "Real Vim ninjas count every keystroke"1

Therefore I was using a macro and key binding for this. Until now.

The trick is just press ci"; you don't have to press additional f" (for an unknown reason it works which shouldn't). So our above command is just 25jci" now.

Vim remaps use cmd in place of :

Once suspended, serhatteker will not be able to comment or publish posts until their suspension is removed.

Once unsuspended, serhatteker will be able to comment and publish posts again.

Once unpublished, all posts by serhatteker will become hidden and only accessible to themselves.

If serhatteker is not suspended, they can still re-publish their posts from their dashboard.