“Wasn’t the Python programming language that topped the charts last we checked?”

Well, you may be right about that but when it comes to agile and super-scalable desktop applications powered by the world’s leading cross-platform computing environment providers Java takes the lead in a majority of aspects. Exactly, now you are realizing that you should learn Java.

For someone who is aiming to become a part of the developers’ community, it’s important to choose a language that is widely popular and has a well-endowed helpers’ community. What other language comes to mind other than Java? Mastering code in Java is absolutely fun to do and once you start practicing it, the language itself will unravel its upsides for you to acknowledge.

What exactly does this imply?

Well, that’s easy to decode! If you know Java and the technologies corresponding to it, it will be easier to switch to another language if necessary. Especially when it comes to JVM languages that are gaining traction.

Furthermore, as Java is a versatile language it’s easier to learn and fun to practice.

Let’s have a whiff of what the statistics say about that.

Java programmers are earning a whopping $154,000 per year and it’s exclusive of all the other benefits that come in the package.

Had I known this before, I’d have dived into the sea of Java way earlier than most of the pro-level programmers out there but hey, now that you are here, why not have some insight into one of the most adopted programming languages in the world?

Things I Wish I Had Known About Learning Java

“How to master Java?” Literally, this was the only question that many aspiring Java programmers have in mind. Now that you are reading this, answer this: What’s the goal of learning Java?

The force which usually drives the freshmen towards learning Java programming language is the fact that Java is quite a feature-rich and easy-to-learn language. After having to spend just a few hours pondering over solving a problem, it’s sufficient to know that the solution you’ll come up with, is going to be an awesome one.

In short, your goal behind learning Java programming should be to develop a skill to be able to engineer solutions to certain problems. Let’s take a look at the steps that you should take to become a top-notch Java developer.

Put Your Focus on Problem Solving, not Coding!

Interestingly, you can’t simply “learn” problem solving; rather you develop problem-solving skills over time. Learning the syntax is also a really important step but not the only important one. Only by learning the syntax, you can implement a solution to a problem. Otherwise, you’ll keep consulting one resource after another only to fix the semantics.

What else do you need to become an accomplished Java programmer? Instead of wasting extended hours on learning the syntax and language structures, focus on coming up with solutions to certain problems.

As a developer, you should be able to map out a clear and concise solution for the problem that lays ahead. Additionally, spending more time on learning syntax isn’t worth it anyway since technologies and frameworks are always evolving.
Fortunately, we know a few credible resources which are known to provide beginners with an interactive learning environment using which you can start learning right away! 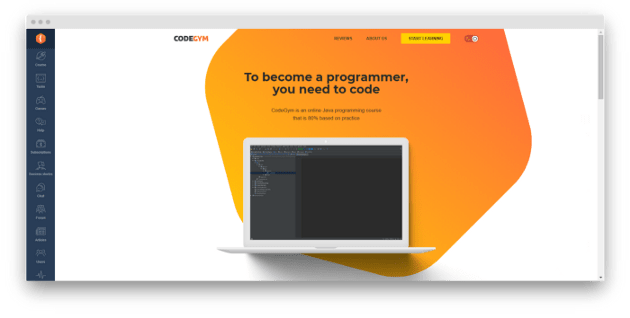 Think of a video game that you love playing, the one that you simply can’t get enough of.

You have now landed on a galaxy far away from where there are no humans but only robots! Your only way out is to get your hold on one of the robots and burn a certain code of Java code into the system of that robot. So your goal as a young robot, to learn Java to fix the spaceship.

The entire learning experience spans over 40 levels each with a varying level of difficulty and you get to unlock the next level only if you successfully pass the preceding one. Moreover, CodeGym also features a code verification system that aids the user and checks if the user is solving the task correctly. 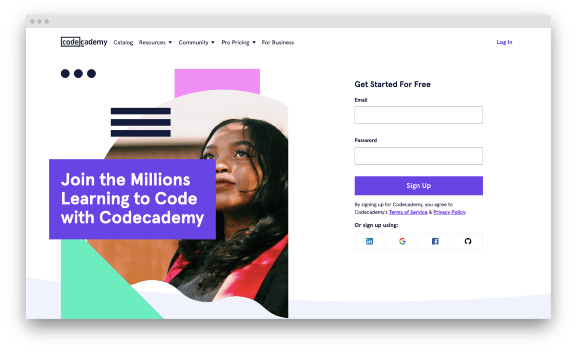 Another resourceful platform for learning Java programming is Codecademy. As estimated 45 million learners have successfully developed their skills of programming and problem-solving from this platform and who said you can’t be the next pro-level Java programmer coming out of the same learning experience?

Codecademy offers a variety of tools along with a built-in IDE which has been specifically designed to foster an environment of more and more practice. One of the many scoring points of this platform is that while learning, you can choose any domain ranging from Web Development and Desktop Development leading up to Data Sciences and Machine Learning!
The choice is yours! 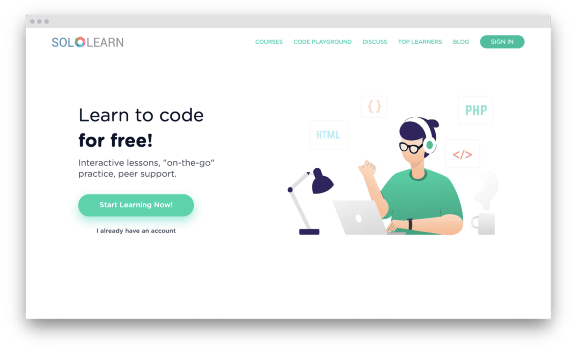 Talking about interactive learning platforms and not mentioning SoloLearn, would be totally an injustice.

SoloLearn has now evolved into a highly intuitive learning platform for young programmers and it has marked several milestones on the way. If we term it as the social media platform for beginner-level developers, it won’t be wrong at all.

On this portal, hundreds and thousands of aspiring programmers get in touch with each other, collect points for interactions and make their way to the list of “Top Learners”.

Apart from Java, SoloLearn provides the facility to learn other programming languages including Python, JavaScript, PHP, Html, CSS and many more.

Ensuring Your Code is Functional

Skepticism makes the best version out of a programmer!

Making sure that your code is working is one of those habits which will help you minimize the dependency factor of another resource to find out the bugs in the code that you wrote. Therefore, always double rather triple check the solution because this is the only way of delivering a quality build, and guess what, it will clear out your ways of becoming a solutions architect. Sounds awesome, isn’t it?

Many aspiring programmers do really hate having their code reviewed. Before any of our esteemed readers justify this, let’s take a moment to understand the fact that nobody on earth, can literally write the perfect piece of code. Being a freshman, if your code isn’t properly reviewed, it’s highly likely that the time you are spending on skill development, is not totally worth it.

Write your Java code and get it reviewed by one of your mentors who can be your seniors in the coding school, your tech-savvy friends or anyone from the helpers’ community online. If you do so, your coding style will improve and you will be able to grasp the concepts quickly.

Fix the Code If It’s Bad

“Code is like humor. When you have to explain it, it’s bad.”

This is a nice definition of a “bad code”, but not only. After all, commenting on your code is a good practice among programmers and a good habit. However, one pattern has been noticed: the more programming experience you have, the easier it is to read your code.

If you are still learning programming, It’s likely that your coding style is immature and you end up writing a program that does the job but its structure is bad.

Many programmers out there, totally ignore the fixes required in the code and they usually think if a piece of code works fine, let it work but the problem arises when that code breaks.

In such a situation, don’t just stand your ground rather take a step back, absorb the criticism on your code, take it all in and come up with a better version of your code, one that actually impresses. Also think about optimization of your old code with the tools you have learned recently.

Learn & Progress — As a Team

An app that was written by a single human is a pretty rare event. Coding is a collaborative activity and if you really want to excel, simply rule out the idea that somebody out there is going to bring you down. Had it been true, would there be such rich platforms, the likes of Stackoverflow, Stackexchange and the rest?

Every day we see hundreds and thousands of queries posted on helper forums and coding platforms and these queries get answered by top guys in the field. Learning to code alone is identical to learning to play violin but how will that violinist perform in an orchestra? If he somehow gets into the band, the progress of a well-synced team will get ruined due to one un-synced violinist.

So, what does that teach us? Not to fall prey to the imposter syndrome and get yourself out there and show the rest your willingness to learn and grow as a part of a stellar team in the making.

Being an aspiring programmer, keep on improving constantly and make sure your knowledge gained doesn’t go to waste by lack of practise. With all the right tools and web applications at your disposal, you can easily learn Java programming and become a problem solver in quite a small amount of time.

While learning, don’t rule out the importance of collaboration with your fellow learners and taking opinions from mentors since it will help you out in the longer run. Make the best use of learning portals and those belonging to the same league so that your pathway stays clear out of the bumps!

Tasks for considering before SaaS implementation

John Selawsky
A senior Java developer and Java tutor. In Java We Trust.
5 Trending Java Courses for Future Android Developers
#java #android #beginners
Where You Could Learn Java From Scratch And How To Do This Right
#java #beginners
Java vs. JavaScript: Relatives, Rivals, or Friends?
#java #javascript #beginners