Hi there 🙋🏻‍♀️. I was recently introduced to the world of Virtual Streamers/Youtubers/Influencers by my partner. He sent me the video below, where I learned all about CodeMiko 😍.

I thought Vtubing was WAY cool; being free to create whatever world you wanted. But it wasn't until I watched Ready Player One that I realized how much I wanted to create my own fully-interactive avatar. 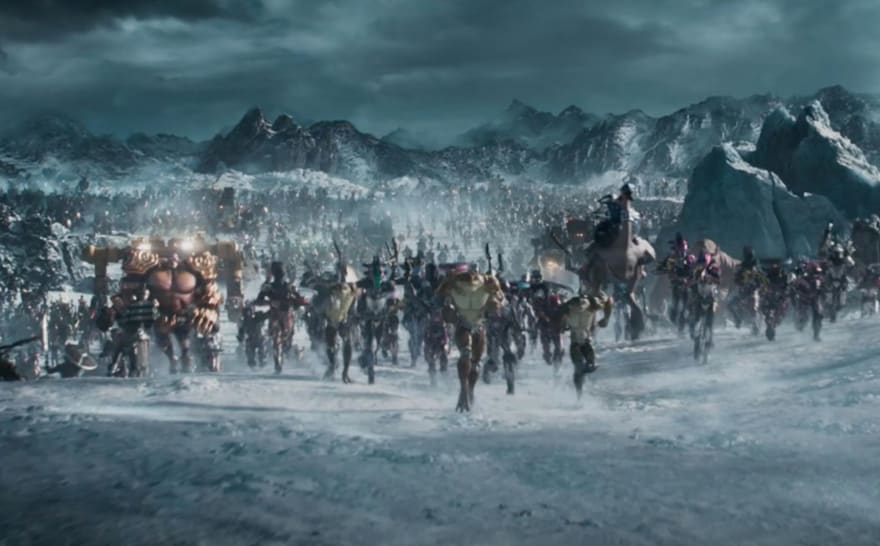 "In 2045 the planet is on the brink of chaos and collapse, but people find salvation in the OASIS: an expansive virtual reality universe created by eccentric James Halliday. When Halliday dies, he promises his immense fortune to the first person to discover a digital Easter egg that's hidden somewhere in the OASIS. When young Wade Watts joins the contest, he finds himself becoming an unlikely hero in a reality-bending treasure hunt through a fantastical world of mystery, discovery and danger." (via)

I absolutely love how this movie shares a positive sentiment about virtual reality and gaming, and also touches on the significance of human connection IRL 💞. Oh, and let's not forget how it clearly portrays the valid fear conscious people have against unconscious corporations 👏🏻.

Anyways, I was so excited to look into the virtual streaming space after finishing the movie that I even tweeted about it 😜. And guess what? Codemiko actually responded back with some words of encouragement 🤯! 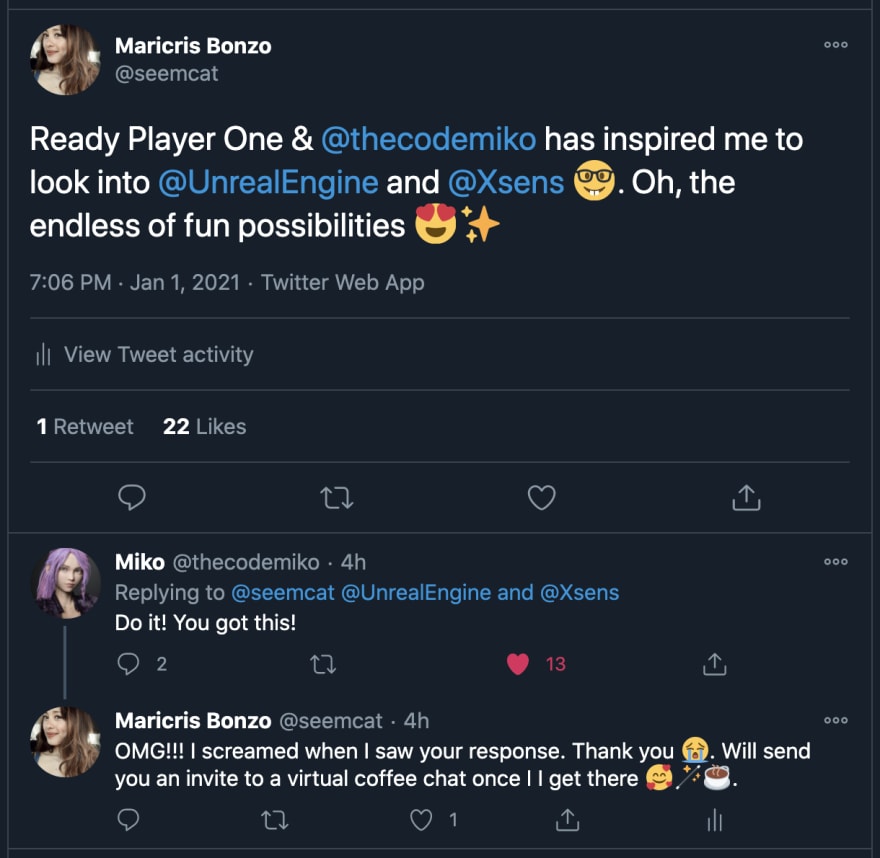 So here I am, doing my research as to how, what and why I’m going to do this. I find that turning my thoughts into a blog helps me learn the material better. So I'll be documenting my journey to becoming a Vtuber here. Who knows? Maybe these blogs could help others who are on a similar path!

The first step I take before starting any fun project is to ask hellof' questions and do my research 💁🏻‍♀️ (actually, this is something I'll be doing for the entire journey 😅).

Here are the Q & A's I've collected today (def not in any particular order; more like a 🧠 dump):

2. What is a Virtual Streamer/Youtuber/Influencer?
Blackwings from Reddit gives a great, simple answer:

“They’re voice actors behind an animated avatar.” (via) 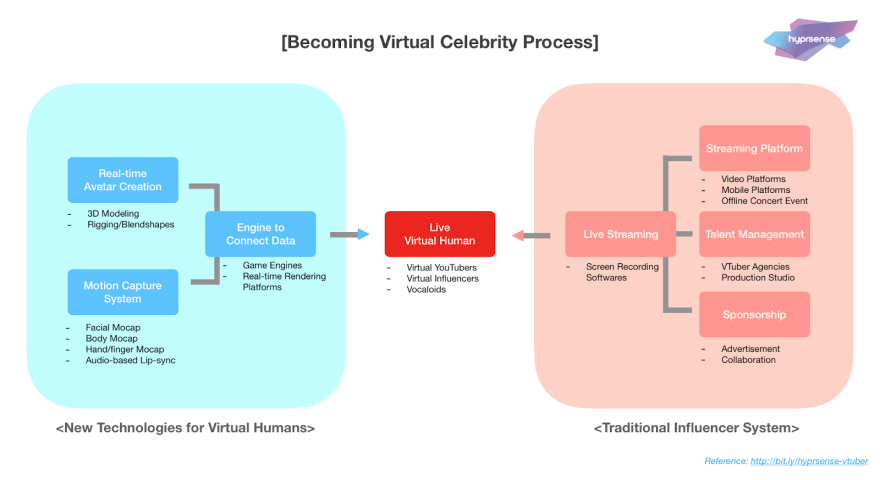 4. What skills do I need to become a Vtuber?

5. How can I make an avatar?
Here's a link that might help: Setting Up a Character by Unreal Engine

6. How can I make a scene for my avatar?
Again, found a link that might help: Build a Detective's Office Game Environment by Unreal Engine

7. How can I do livestreams with my avatar, inside of my scene?
I'll need to look into one of these Twitch Integrations for Unreal Engine.

9. What setup will I need?
Shout out to Xsens for the simple guide to this answer.

Wow 💸🤑, this sure as hell won't be cheap NOR easy, LOL 😅. I'll likely save up the money for my equipment while I learn, and then slowly build up my knowledge and tools. A fun goal is to stick to my tweet for CodeMiko & send her a coffee chat invite once my avatar and scene is ready 😄☕️.

Alright, send some positive vibes for me. Until next time! 🦄✨

#10daysofcodechallenge by Ingressive for Good (#Day 8)

Maricris Bonzo
🎶 Just a 20-somethin' gal, coding in an evolving world 🎶
Quiet Quitting is About Loyalty
#culture #career #discuss #watercooler
DEV Should Remove the Authors Ability to Hide Comments
#discuss #community #meta #writing
What are your Favorite Authors, on Which Topics, and Why?
#discuss #writing #watercooler #gratitude

Once suspended, seemcat will not be able to comment or publish posts until their suspension is removed.

Once unsuspended, seemcat will be able to comment and publish posts again.

Once unpublished, all posts by seemcat will become hidden and only accessible to themselves.

If seemcat is not suspended, they can still re-publish their posts from their dashboard.

Once unpublished, this post will become invisible to the public and only accessible to Maricris Bonzo.

Thanks for keeping DEV Community 👩‍💻👨‍💻 safe. Here is what you can do to flag seemcat:

Unflagging seemcat will restore default visibility to their posts.