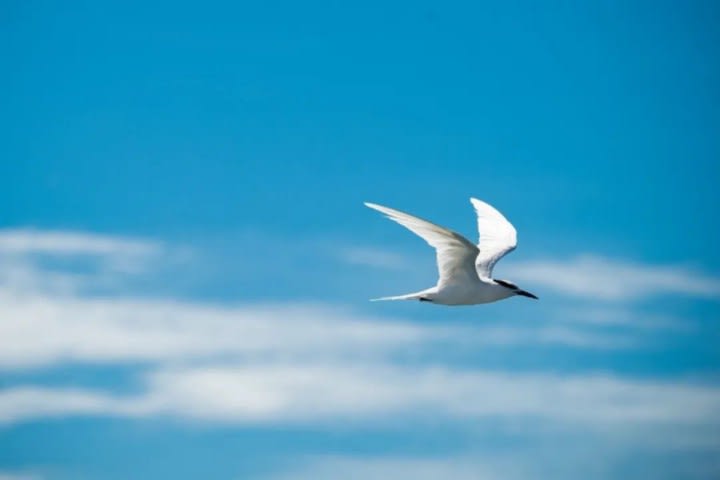 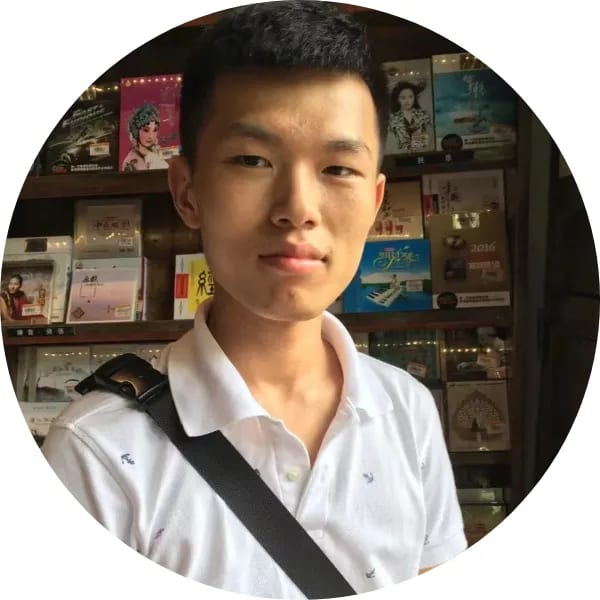 Wailin Hailin is an open source enthusiast, SkyWalking Committer, and DolphinScheduler and SeaTunnel contributor. His current work focuses on performance monitoring, data processing, and more. He likes to study related technical implementations and participate in community exchanges and contributions.

This presentation is divided into 5 parts:

Firstly, let me introduce the SeaTunnel Connector Access Incentive Program, and the steps to develop a connector from start to finish (even for novices). This includes the whole process of preparation for development, testing, and final PR.

The SeaTunnel community released a new connector API not long ago, which supports running on various engines, including Flink, Spark, and more. This eliminates the need for repeated development of the old version.

After the new API is released, the old connector needs to be migrated, or the new connector should be supported.

In order to motivate the community to actively participate in the SeaTunnel Connector Access work and help build SeaTunnel into a more efficient data integration platform, the SeaTunnel community initiated activities, sponsored by Beluga Open Source.

The activities have three modes: simple, medium, and hard for the task of accessing the connector. The threshold is low.

You can see which tasks need to be claimed on the activity issue list, as well as segmentation based on difficulty and priority. You can choose the activity you are comfortable with. You can start contributing based on the difficulty level. 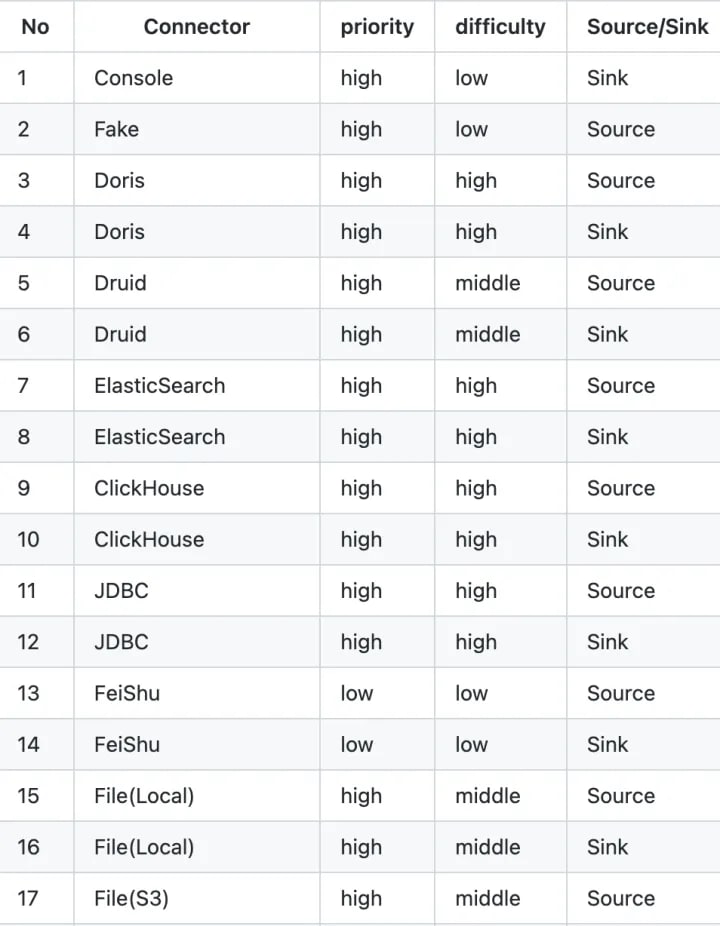 The ecological construction of SeaTunnel can become more complete and advanced only with the help of your contributions. You are welcome to participate actively.

In order to express our gratitude, our event has set up a link where points can be exchanged for physical prizes. The more points you get, the more prized you can win!

Presently, we’ve seen many small partners participate in the event and submit their connectors. It’s not too late to join as there is still a significant period of time before the event ends. Based on the difficulty of the activity, the deadline may be relaxed or extended.

So, how do you get involved with this amazing activity?

By first getting to know the basics of a connector. 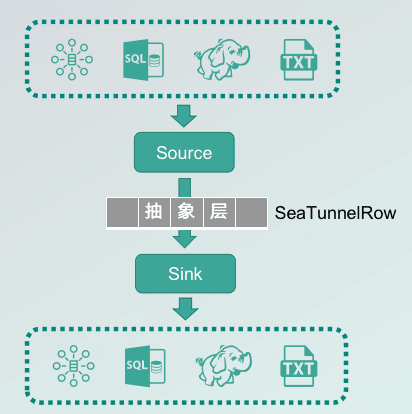 A connector is composed of Source and SInk (Source + Sink).

There is also an abstraction layer between the source and the sink.

Through this abstraction later, the data types of various data sources can be uniformly converted into the data format of SeaTunnelRow. This allows users to arbitrarily assemble various sources and sinks, so as to realize the integration of heterogeneous data sources, and data synchronization between multiple data sources.

02. How to claim a connector

After understanding the basic concepts, the next step is to claim the connector.

You can use the above-mentioned GitHub link to see our plans for connecting to the connector. You can make any additions at any time.

First, find a connector that has not been claimed. To avoid conflicts, search the entire issue to see if anyone has submitted a PR.

After claiming the connector, we suggest that you create an issue of the corresponding feature, synchronize the problems you encountered in the development, and discuss the design of your solution.

If you encounter any problems and need help, you can describe them in the issue, and the community can take it up together. Participate in the discussions to help solve the problem. This is also added to the record of the function implementation process, which makes it easy to refer to when maintaining and modifying in the future.

After claiming the connector, it’s time to prepare the development environment.

First, fork the SeaTunnel project to the local development environment and compile it.

Run the testcase in the documentation after the compilation is successful. You might encounter some issues/problems during the first contact compilation process, such as the following compilation errors:

The solution to the above exceptions:

The success of project compilation means that the development environment is ready. Next, let’s take a look at the project code structure and API interface structure of the connector.

After the project is compiled, there are three parts related to the connector. The first part is the code implementation and dependency management of the new connector module.

The second part is the example. When testing locally, you can build a corresponding case on the example to test the connector.

The third part is the E2E-testcase: adding targeted test cases on the respective running engines of Spark or Flink, and verifying the functional logic of the connector through automated testing.

The public interfaces and base classes used in the development are fully described in our readme. For example, API function usage scenarios.

05. See how other people develop connectors

After going through the above steps, don’t rush to start the work. Instead, first, check out how others do it.

We strongly recommend you check out the connector novice development tutorial shared on the community official account:

In addition, you can refer to the merged Connector code to see the scope of changes, the public interfaces and dependencies used, and the test cases.

The connector is divided into the source and sink ends — you can choose either one or both. 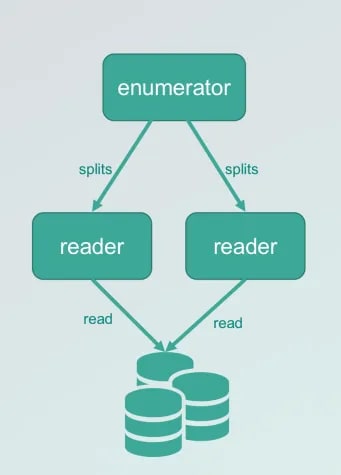 The first thing to pay attention to when developing a source is to determine the reading mode of the source: is it streaming or batch? Is support still required?

Use the Source#getBoundedness interface to mark the modes supported by the source.

For example, Kafka naturally supports streaming reading, but it can also support batch mode reading by obtaining lastOffset in the source.

Another question to be aware of: does the source require concurrent reads? If it is single concurrency, after the source is started, a reader will be created to read the data from the data source.

If you want to achieve multi-concurrency, you need to implement an enumerator interface through which data blocks are allocated to readers, and the readers each read their allocated data blocks.

For example, the Kafka source uses partition sharding, and the jdbc source uses fields for range query sharding. It should be noted here that if it is a concurrent reading method, the stability of the data block distribution rules must be ensured.

This is because currently, the connector has a corresponding enumerator on each shard in actual operation, and it is necessary to ensure that the enumerator has data in each shard.

Thirdly, does the source need to support resumable transfer/state restoration?

If you want to support this, you need to implement:

If the sink is a common sink implementation, use Sink#createWriter to write our data according to the concurrency of the source.

If you want to support two-phase commit, you need to implement the following interfaces: 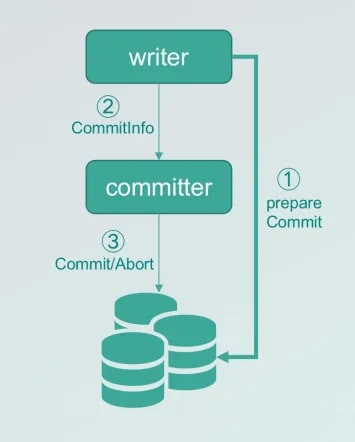 Next, let’s take a look at some of the general problems, especially when the first contribution is made with different styles for each environment, there are often various problems. Therefore, it is recommended that you import tools/checkstyle/checkStyle.xml from the project during development, and use a unified coding format.

Whether it is a source or a sink, it will involve defining the data format. The community is pushing for a unified data format definition.

If you feel that the compilation speed is slow, you can temporarily annotate the old version of the connector-related module in order to speed up both development and debugging.

When you encounter problems during development and need help, you can:

E2E testing is very important. It is often called the gatekeeper of connector quality.

This is because, if the connector you wrote is not tested, it could be difficult for the community to judge whether there are problems with the implementation of the static code.

Therefore, E2E testing is not only functional verification but also a process of checking data logic, which can reduce the pressure on the community to review code and ensure basic functional correctness.

In E2E testing, these are some of the problems that may be encountered:

Because the E2E network deployment structure has the following characteristics:

Therefore, E2E has to pay attention to:

Spark uses the parent first class loader by default, which may conflict with the package referenced by the connector. For this, the userClassPathFirst classloader can be configured in the Connector environment.

However, the current packaging structure of SeaTunnel will cause userClassPathFirst to not work properly, so we created an issue, https://github.com/apache/incubator-seatunnel/pull/2474, to track this issue. Everyone is welcome to contribute solutions.

Currently, this can only be resolved by replacing conflicting packages in the spark jars directory with the documentation.

Both the old and new versions of Connector are dependent on the E2E project and cause conflicts.

PR https://github.com/apache/incubator-seatunnel/pull/2414 has resolved this issue.

The FakeSource of the Connector-v2 version can only generate random data of a few fixed columns at present, and the community partners are optimizing it to make it better. https://github.com/apache/incubator-seatunnel/pull/2406

That said, we can temporarily solve this problem by simulating the data of the specified content through Transform#sql:

The Assert Sink can configure column rules, but cannot do row-level value checking. For this problem, you can temporarily use other connector sinks with external storage for query verification data.

In many cases, when E2E starts, you might use Thread.sleep to wait for resource initialization. Here, sleep will cause fewer initialization failures but more time-wasting issues.

In addition, due to the instability of resources, network, and other issues, you might be able to run it now but not later. 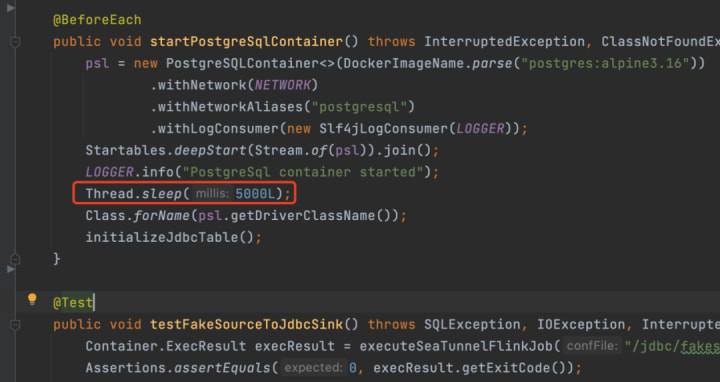 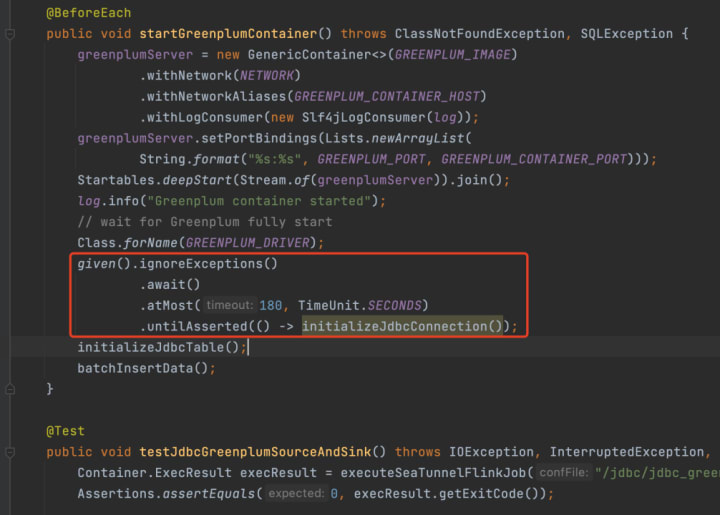 To avoid this problem, Thread.sleep can be replaced with Awaitility.

At present, I see that most people run E2E tests separately for both source and sink. If you want to speed up the PR process, it is recommended that you combine both the sink and source into one E2E testcase for verification, and run the testcase only once.

5. Checks Before Submitting a PR

After completing the previous steps, please make sure you do some checks before submitting PR – including the following aspects:

Supplement or change the document and review it again before submitting:

The above operations and steps can greatly save CI resources, speed up PR Merged, and reduce the costs of community reviews.

Come and Grow With the Community!

We are more than happy to welcome more people to join!

Though the journey of SeaTunnel (formerly Waterdrop) has just begun after being able to enter the Apache Incubator, the development and growth of the community require that more people join.

We believe that under the guidance of The Apache Way, such as "Community Over Code," "Open and Cooperation," "Meritocracy" (meritocracy), and "Diversity and Consensus Decision Making," we will usher in more diverse and inclusive community ecology, and jointly build the technological progress brought by the spirit of open source!

We sincerely invite all partners who are interested in making local open source to join the SeaTunnel contributor family and build open source together!

What Every Developer Should Know About Data Security/Privacy

Once suspended, seatunnel will not be able to comment or publish posts until their suspension is removed.

Once unsuspended, seatunnel will be able to comment and publish posts again.

Once unpublished, all posts by seatunnel will become hidden and only accessible to themselves.

If seatunnel is not suspended, they can still re-publish their posts from their dashboard.

Once unpublished, this post will become invisible to the public and only accessible to Apache SeaTunnel(Incubating).

Thanks for keeping DEV Community 👩‍💻👨‍💻 safe. Here is what you can do to flag seatunnel:

Unflagging seatunnel will restore default visibility to their posts.