Tree and Graph traversal is a popular topic in coding interviews. There are many approaches to graph traversal but one of the most common and important to be familiar with is Depth-First Search (DFS). We'll explore the basic ideas of the algorithm and a few example implementations.

Depth-First Search is an algorithm used to traverse graph data structures. It is the order in which the nodes will be visited. As the name implies the traversal is conducted in a depth-first manner, meaning that starting from a certain node we will traverse as deeply into that node as possible before exploring additional nodes. Once a leaf node is found (a node with no children) backtracking will occur until a non-fully explored node is found and the searching will continue in a depth-first manner from there. 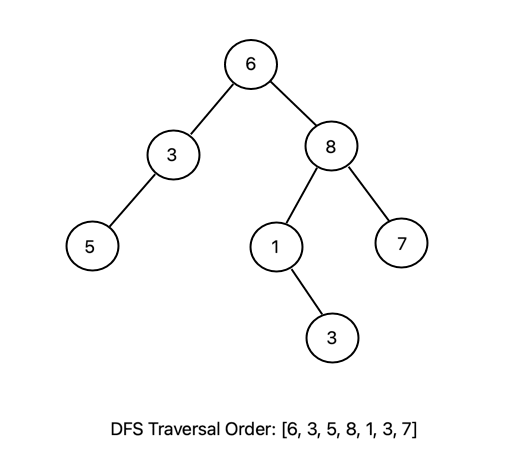 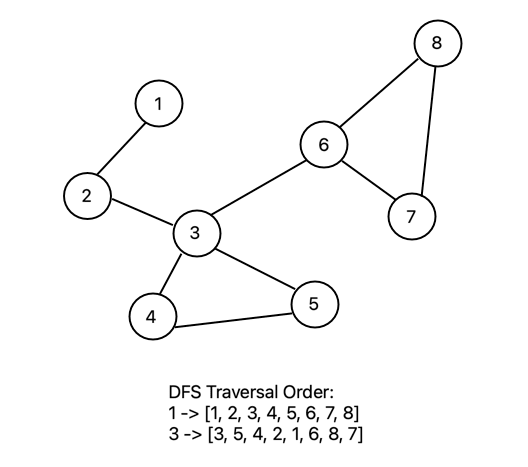 DFS algorithms can be implemented recursively or iteratively using a stack data structure. A recursive implementation utilizes the call stack whereas an iterative solution uses a stack directly. Whilst traversing a graph, nodes are added to the stack and popped off as they are fully explored.

Note: recursive implementations tend to be more common for DFS as they are visually more elegant and straight forward to implement.

Write an algorithm to check if there are any root to leaf paths where the sum of the path's values equal a given value "k". 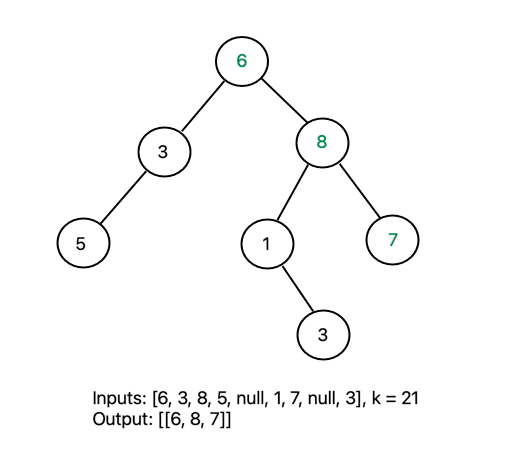 Build a Passwordless Authentication in Node.js on Redis

Once suspended, seantansey will not be able to comment or publish posts until their suspension is removed.

Once unsuspended, seantansey will be able to comment and publish posts again.

Once unpublished, all posts by seantansey will become hidden and only accessible to themselves.

If seantansey is not suspended, they can still re-publish their posts from their dashboard.

Once unpublished, this post will become invisible to the public and only accessible to Sean Tansey.

Thanks for keeping DEV Community 👩‍💻👨‍💻 safe. Here is what you can do to flag seantansey:

Unflagging seantansey will restore default visibility to their posts.