One of the best use cases for CSS Variables is theme creation. And by that, I don’t only mean changing themes for your entire app, as that’s probably not something you need to do very often. What’s more relevant is the ability to easily create component specific themes.

This could, for example, be when you need to mark an e-commerce product as added to cart. Or perhaps your site has an admin section which includes a darker sidebar section.

CSS Variables enable you to do this in a simpler and more flexible way than was previously possible. In this article, I’ll explain exactly how.

We’ll be working with a portfolio site as an example. Our goal is to be able to feature one of the projects in our portfolio so that it stands out from the rest of the crowd. Technically, we’ll do this by adding a class to the specific item we want to feature. 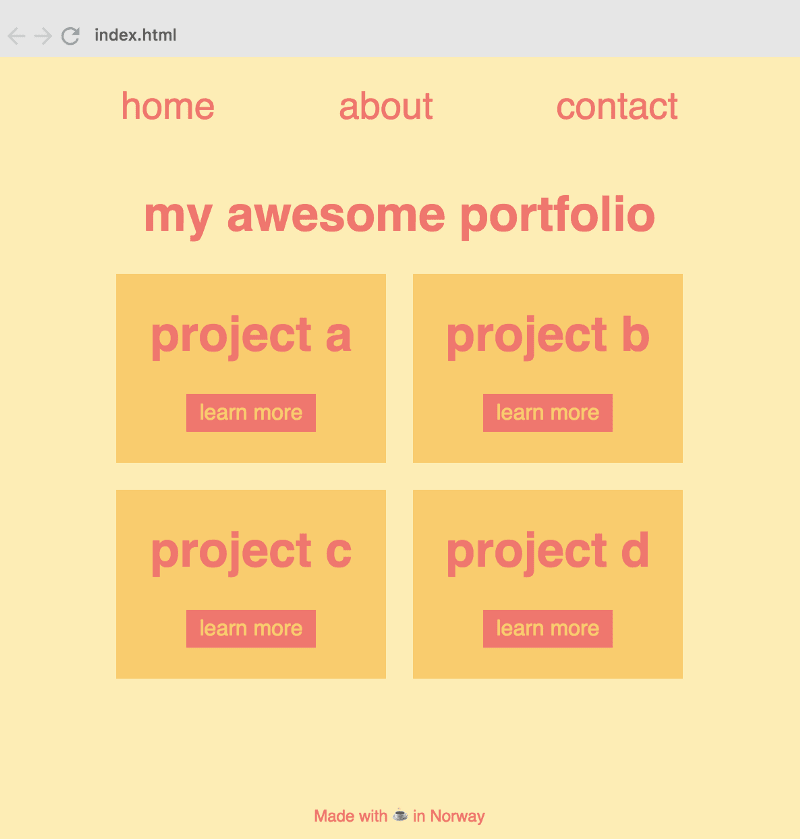 I won’t bother talking about the HTML for the site, as it’s pretty straight forward, and I’m assuming that you know HTML. However, if you’re interested in fiddling around with the code, I’ve created a Scrimba playground for it here.

As you can see, we’re only using three colours here: #ffeead, #ff9f96 and #ffcc5c. However, we’re reusing them a lot. So this is a perfect use case for CSS Variables.

To start using it, we’ll first need to declare our variables. We’ll do that in the :root pseudo-class:

Then we’ll simply swap out our hexadecimal values with the variables:

Now we have the power of variables in our CSS, meaning we can simply change the --red to something else, and it’ll be updated throughout our entire site.

If you’re struggling to understand what’s going on here, please check out my Learn CSS Variables in 5 minutes article, or enrol in the course.

Now let’s create the theme. We want the ability to add a .featured class to one of our four project items, and thereby make that item stand out from the rest. Specifically, we’ll be changing red to #ff5564 and yellow#ffe55b.

Here’s how it’ll look in the markup:

This change should affect the styling at four different places:

The way we had to solve this previously was by creating a custom CSS selector for each element inside the .featured item, like this:

This approach isn’t very flexible. If you were to add another element inside your portfolio items, you’d have to write specific selectors for them as well.

With CSS Variables, however, it becomes much easier. We’ll simply override the variables inside the .featured a class like this:

Here’s how it plays out on the page. 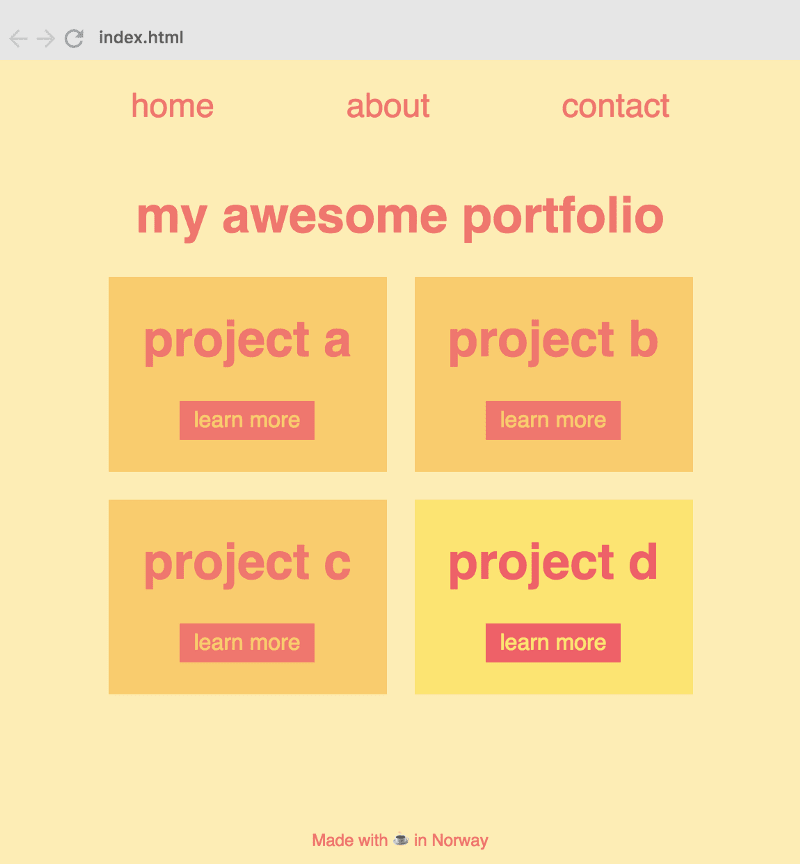 As you can see, the ‘project d’ item looks a bit different than the rest.

Just think about how this would be if we were building a more complex component, for example, a product item in an e-commerce app. It might include titles, sub-titles, paragraphs, images, captions, buttons, ratings and much more. It’s much easier and more flexible to simply flip the value of some variables instead of creating custom selectors for each of the descendants.

If you’re interested in learning more about this technology, please check out my free 8-part interactive CSS Variables course on Scrimba.

8 websites to improve your CSS-related productivity