Photo by Holly Stratton on Unsplash

Before you dive in, you should have a decent understanding of Objects and Functions in Javascript.

Prototypes and prototypal inheritance in Javascript can be confusing, especially if you have learned Object Oriented Programming from the perspective of Java or C++.

These posts aim to clear up some of the confusion, and make prototypal inheritance easier to understand.

First off, there are two "kinds" of prototypes in Javascript:

Although they both have similarities, it's best to treat them separately. In this article, we will be looking only at Object Prototypes.

Some facts I need you to keep in mind while reading this article:

The this keyword is deliberately not used in the above example to avoid confusion.

What is an object prototype?

When you create an object in Javascript, it contains the properties you have defined (in this case character.hearts). However, this object also has some hidden properties, magically obtained from the Javascript Gods.

For example, if you were to do character.toString(), it will print "[object Object]". You didn't define any toString() method inside character. So where the heck did it come from?

Enter the prototype
Follow along with the steps below to explore this interesting phenomenon:

(1) Open your console (in any browser, I am using Firefox) by pressing F12 > then click on "Console"
(2) Type and enter window.Object.prototype. It looks like this: 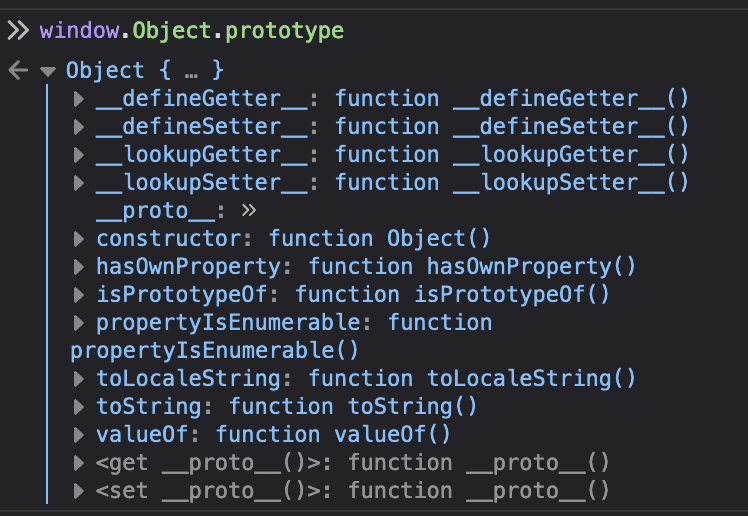 We can see that this is an object with a bunch of predefined properties and methods.
(3) Type const character = {hearts: 1} and press enter
(4) Type character and press enter. The output looks like this:

(5) Type character.__proto__ and press enter. The output looks like this: 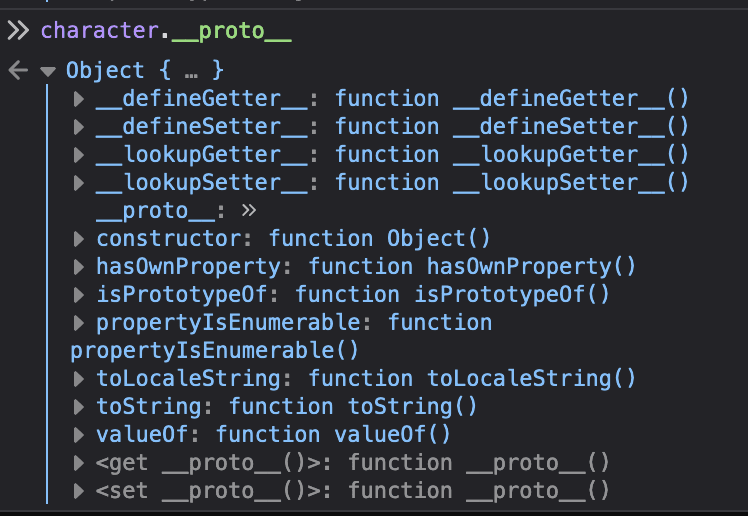 Do the objects at steps (2) and (5) look the same to you, despite being a part of different objects?

Well guess what, they are the same. And we can prove it.

Do this:
(1) Enter character.toString(), and observe the output

(2) Now we will redefine the toString() the method defined in window.Object.prototype. Enter this in the console:

You modified a method that was owned by window.Object.prototype and somehow, like spooky action at a distance, your character.toString() method's output changed. Crazy stuff right?

This is a good time to pause and review the steps we performed above.

Time to understand this whole gimmick in depth.

null is the ultimate ancestor of all Objects.

Note: __proto__ is not the standard way to access Object prototypes. The standard way is to do Object.getPrototypeOf(obj), but things are easier to write, explain, and understand when using __proto__. Do not use this in production!

The following diagram should help clear a few things up. 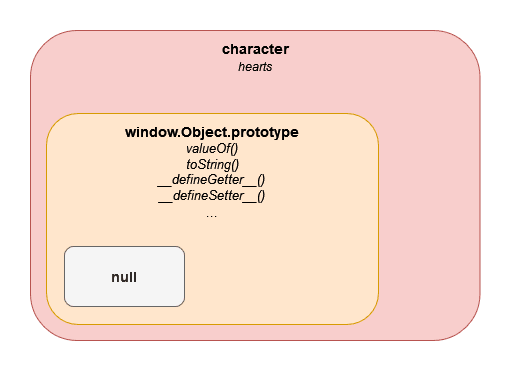 As you can see above:

According to the Oxford Languages dictionary, the word "prototype" means:

The first model or design of something from which other forms will be developed.

It's a succinct definition that applies well to the above behavior of prototype. It starts off as nothing and can progressively build up.

we type code everyday that we don't fully understand !

Saunved
I'm a software engineer who loves creating prototypes, tools, and basically anything that automates. I work mostly on the frontend, and love exploring unique frontend problems.
isfastnet: a tiny script to find out if your user's internet is fast or slow
#network #speed #javascript #showdev

Once suspended, saunved will not be able to comment or publish posts until their suspension is removed.

Once unsuspended, saunved will be able to comment and publish posts again.

Once unpublished, all posts by saunved will become hidden and only accessible to themselves.

If saunved is not suspended, they can still re-publish their posts from their dashboard.

Once unpublished, this post will become invisible to the public and only accessible to Saunved.

Thanks for keeping DEV Community safe. Here is what you can do to flag saunved:

Unflagging saunved will restore default visibility to their posts.