Docker is an open source platform for building, deploying, and managing containerized applications. Docker enables you to separate your applications from your infrastructure so you can deliver software quickly.

It is based on the idea that you can package your code with dependencies into a deployable unit called a "container" that has everything the software needs to run including libraries, system tools, code, and runtime.

Wait, but what's a "Container"?

A container is a standard unit of software that packages up code and all its dependencies so the application runs quickly and reliably from one computing environment to another.

Containers are made possible by process isolation and virtualization capabilities built into the Linux kernel. As a result, container technology offers all the functionality and benefits of VMs - including application isolation, cost-effective scalability, and disposability - plus important additional advantages:

That's too much of jargons, can you give me a simple analogy?

Perhaps a simple analogy can help getting the grasp of the core concept of Docker...

Let's go back in time to the 1950s for a moment. There were no word processors, and the photocopiers were used everywhere (kind of).

Imagine you're responsible for quickly issuing batches of letters as required, to mail them to customers, using real paper and envelopes, to be delivered physically to each customer's address (there was no email back then).

At some point, you realize the letters are just a composition of a large set of paragraphs, which are picked and arranged as needed, according to the purpose of the letter, so you devise a system to issue letters quickly, expecting to get a hefty raise.

The system is simple:

You begin with a deck of transparent sheets containing one paragraph each.

To issue a set of letters, you pick the sheets with the paragraphs you need, then you stack and align them so they look and read fine.

Finally, you place the set in the photocopier and press start to produce as many letters as required.

So, simplifying, that's the core idea of Docker.

In Docker, each layer is the resulting set of changes that happen to the filesystem after executing a command, such as, installing a program.

So, when you "look" at the filesystem after the layer has been copied, you see all the files, included the layer when the program was installed.

You can think of an image as an auxiliary read-only hard disk ready to be installed in a "computer" where the operating system is already installed.

Similarly, you can think of a container as the "computer" with the image hard disk installed. The container, just like a computer, can be powered on or off.

With Docker, you get a single object that can reliably run anywhere. Docker's simple and straightforward syntax gives you full control. Wide adoption means there's a robust ecosystem of tools and off-the-shelf applications that are ready to use with Docker.

Docker is so popular today that Docker and containers are used interchangeably.

But we already have Virtual Machines? Why Containers?

Let us familiarize ourselves with Docker terminology.

Every Docker container starts with a simple text file containing instructions for how to build the Docker container image. DockerFile automates the process of Docker image creation. It’s essentially a list of command-line interface (CLI) instructions that Docker Engine will run in order to assemble the image.

Docker images contain executable application source code as well as all the tools, libraries, and dependencies that the application code needs to run as a container. When you run the Docker image, it becomes one instance (or multiple instances) of the container.

Docker containers are the live, running instances of Docker images. While Docker images are read-only files, containers are live, ephemeral, executable content. Users can interact with them, and administrators can adjust their settings and conditions using docker commands.

Docker Hub is the public repository of Docker images.

Docker daemon is a service running on your operating system, such as Microsoft Windows or Apple MacOS or iOS. This service creates and manages your Docker images for you using the commands from the client, acting as the control center of your Docker implementation.

A Docker registry is a scalable open-source storage and distribution system for docker images. The registry enables you to track image versions in repositories, using tagging for identification. This is accomplished using Git, a version control tool. 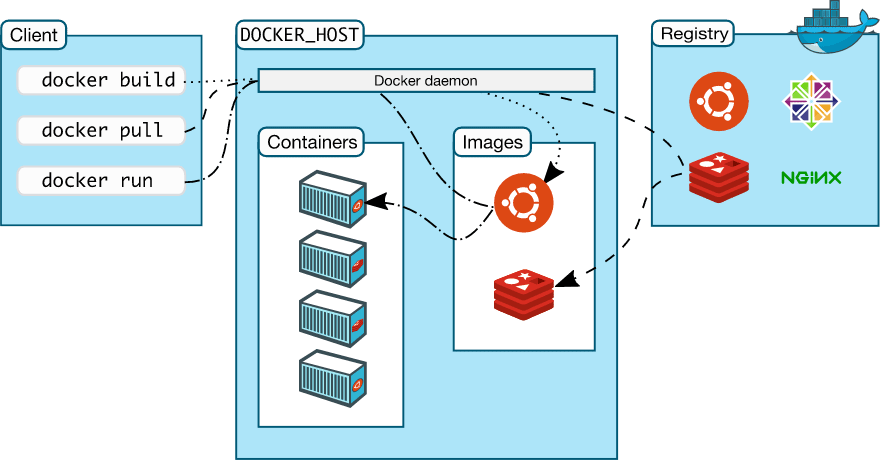 When to use Docker

You can use Docker containers as a core building block creating modern applications and platforms. Docker makes it easy to build and run distributed microservices architecures, deploy your code with standardized continuous integration and delivery pipelines, build highly-scalable data processing systems, and create fully-managed platforms for your developers.

If you're running only a few containers, it's fairly simple to manage your application within Docker Engine, the industry de facto runtime. But if your deployment comprises thousands of containers and hundreds of services, it's nearly impossible to manage that workflow without the help of these purpose-built tools.

Kubernetes is an open-source container orchestration platform descended from a project developed for internal use at Google. 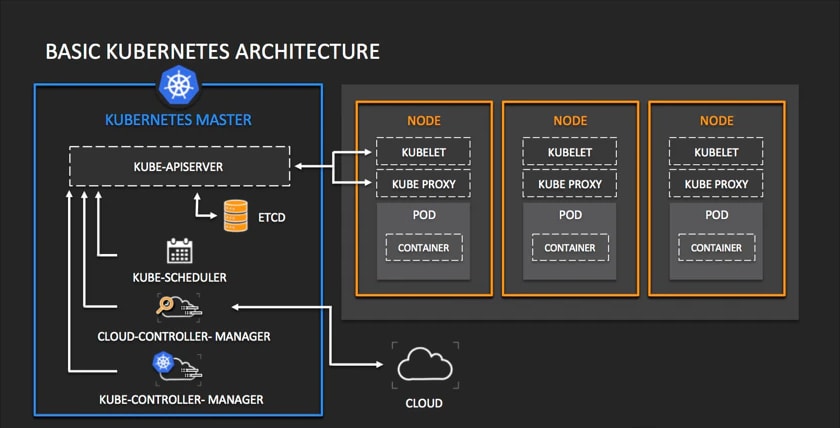 Next steps and Credits

Once suspended, satish will not be able to comment or publish posts until their suspension is removed.

Once unsuspended, satish will be able to comment and publish posts again.

Once unpublished, all posts by satish will become hidden and only accessible to themselves.

If satish is not suspended, they can still re-publish their posts from their dashboard.