About 3 years ago, I wrote my first book - "Practical Docker with Python". The book focused on the fundamentals of containerization and getting started with Docker. A few months back, I received an email from my editor at Apress asking me if I'd be interested in doing a second edition of the book.

Looking back at the book, it had received good feedback, has been cited in different publications and there was some feedback I had received that I always wished I could update the book with, so this was the best chance. After many months of work, the second edition of Practical Docker With Python is available on SpringerLink, Amazon (US, India), O'Reilly Learning (formerly Safari Books Online) and probably every other online bookstore.

The second edition, much like the first edition, targets people who are new to containerization and want a guided approach to containerizing their application. I start with setting up a Python telegram bot, building and running it as a program, and then continue containerizing the same bot, starting with steps to build the Dockerfile, adding volumes for persisting the data, setting up Docker networks for container networking, and finally multi-container orchestration with Docker Compose. 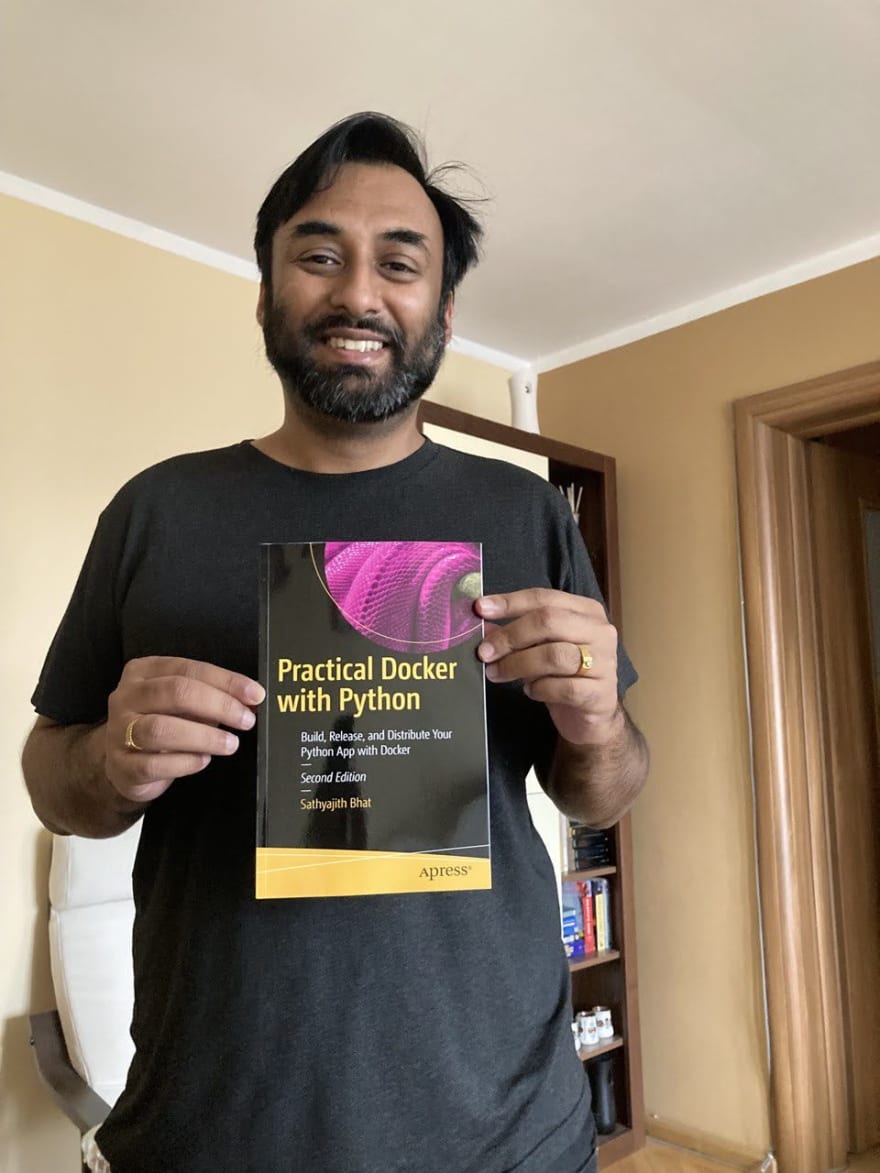 What's new in this edition is a blurb on getting started with Windows Subsystem for Linux 2(WSL2), an entire chapter dedicated to Continuous Integration, and how a container image becomes from being a local thing to being deployed on an orchestrator like Kubernetes. Writing about Kubernetes was the hardest thing - entire books have been written on it and I certainly didn't want to focus on it, but I hope it gives a taste of what you can do with k8s.

Among the things that were left out include "docker compose", and multi-arch builds using buildx. The next gen docker compose (note: NOT "docker-compose"!) was just too new to be included in the book. But there is a reference to compose spec, and "docker compose" is supposed to be a drop-in replacement, so hopefully, you can swap out the commands. Not including docker compose meant I couldn't include deploying to ECS/other container orchestrators using docker compose.

I hope the second edition is a value add and you like it as much as I enjoyed writing it. Feedback, of course, is always welcome. My Twitter DMs are always open, or you can reach out to me on the channels mentioned in the contact page.

Curve Fitting: An explain of key concepts of machine learning

The Best VS Code Extensions For Python Developers In 2022.

Data visualization with python for beginners