Today, we are going to discuss public and private key, and how it is a very crucial part of cryptocurrency.

You may have heard that bitcoin is based on cryptography, which is a branch of mathematics used extensively in computer security. Cryptography means "secret writing" in Greek, but the science of cryptography is more than just secret writing.

Ownership of bitcoin is established through digital keys, bitcoin addresses, and digital signatures. The digital keys are not actually stored in the network but are instead created and stored by users in a file, or simple database called a wallet. Keys enable many of the interesting properties of bitcoin, including decentralized trust and control, ownership, and a cryptographic-proof security model.

So, here keys come into the picture. let's explore them.

You can pick your private keys randomly using just a coin, pencil, and paper: toss a coin 256 times and you have the binary digits of a random private key you can use in a bitcoin wallet. The public key can then be generated from the private key. 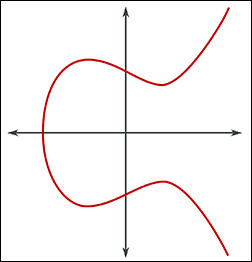 Elliptic curve multiplication is a type of function that cryptographers call a "trap door" function: it is easy to do in one direction and impossible to do in the reverse direction. The owner of the private key can easily create the public key and then share it with the world knowing that no one can reverse the function and calculate the private key from the public key. This mathematics trick becomes the basis of an unforgettable and secure digital signature that proves ownership of bitcoin funds.

This is the basic idea about public and private keys. I am sure you got some idea of how these work inside a cryptocurrency.

That's all for today.

See you soon with a new article!

Once suspended, sarojvrc will not be able to comment or publish posts until their suspension is removed.

Once unsuspended, sarojvrc will be able to comment and publish posts again.

Once unpublished, all posts by sarojvrc will become hidden and only accessible to themselves.

If sarojvrc is not suspended, they can still re-publish their posts from their dashboard.

Once unpublished, this post will become invisible to the public and only accessible to Saroj.

Thanks for keeping DEV Community 👩‍💻👨‍💻 safe. Here is what you can do to flag sarojvrc:

Unflagging sarojvrc will restore default visibility to their posts.