CICD with test automation helps us to determine whether the build is ready, if they can move to the next step of the process or not. Before jumping into the topic, let's have a look at a few major concepts Continuous integration and Continuous deployment.

What is Continuous Integration :

Most of the time software developers, after completing their work they need to integrate those changes with work done by the rest of the team. This process is usually run out and the end process is a conflict that has to be resolved.

Continuous integration is a development methodology, where developers have to integrate their code to a shared repository several times a day . Here every code commit is built and tested but not in a condition to the release. I mean the built application is not automatically deployed on the test server in order to validate against black box testing such as user acceptance testing. It enables developers to find and resolve issues in the early stage of the development process.

What is Continuous Deployment :

So the knowing up feature is ready normally means, having it as tested to ensure it works as expected. If the feature is not quite ready, then it should be hidden from the end user and have a feature switch. This is known as dark launching most of the time. Once the repo has all its tests passing for code base, it gets automatically deployed to the environment in a single easy state. Having deployment in repeatable condition, it makes them quick and easy. It also allows us to iron out any issues with deployment strategy. 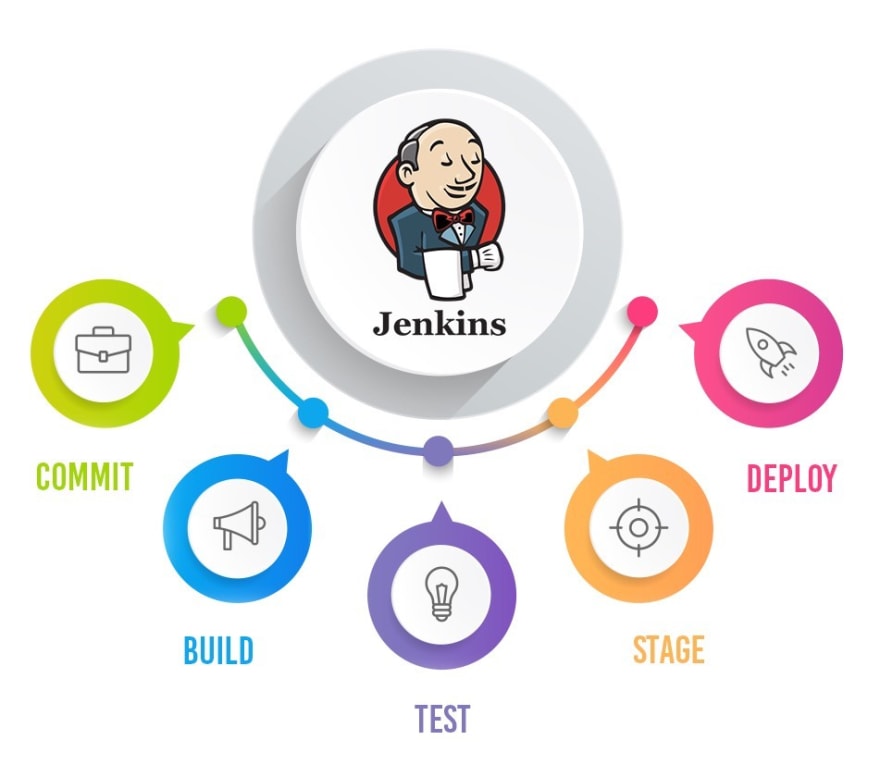 It's an open source CI platform built in java, It has thousands of native integration Jenkins enables developers to build and deploy and automate projects.

How does Jenkins support test automation :

Integrating automation tests with Jenkins enables us to execute the automation tests whenever a build is created. Using Jenkins automation tests automatically gets triggered and executed in respective environments, and provides us the test results using which a developer can determine issues on the build easily. Since Jenkins is user friendly, it is easy to configure a job to trigger automated tests.

Analyzing the test results :
Jenkins provides test results in the form of graphs as well in a written report. So users can see what results are captured over time which gives more insight. It also allows you to configure to send an email of test results to developers. This gives developers an opportunity to sort out complex issues.

Atlast Jenkins is an amazing CICD tool for your software development and software testing work. The benefits such as high quality documentation, user-friendly, easily configurable and highly customizable make it a favorite tool for software developers and software testers. It is not only a building tool for developers, but also an effective tool for testers. It is capable of implementing CI for developers and implements automated testing as well.

How to validate your Jenkinsfile locally before committing

Once suspended, saranyaav14 will not be able to comment or publish posts until their suspension is removed.

Once unsuspended, saranyaav14 will be able to comment and publish posts again.

Once unpublished, all posts by saranyaav14 will become hidden and only accessible to themselves.

If saranyaav14 is not suspended, they can still re-publish their posts from their dashboard.

Once unpublished, this post will become invisible to the public and only accessible to saranyaav14.

Thanks for keeping DEV Community safe. Here is what you can do to flag saranyaav14:

Unflagging saranyaav14 will restore default visibility to their posts.