Testing could be a lot of work if you are responsible for the visual (or even functional) feels of a website. And picking out visual differences after seemingly-unrelated code changes could be a pain. BackstopJS is one of the tools that could help automate this bit.

Following is a short tutorial on how to set up Backstop for your node project.

The file generated is backstop.json. This has some default config settings that Backstop looks for when it runs.

Some of the important config properties: 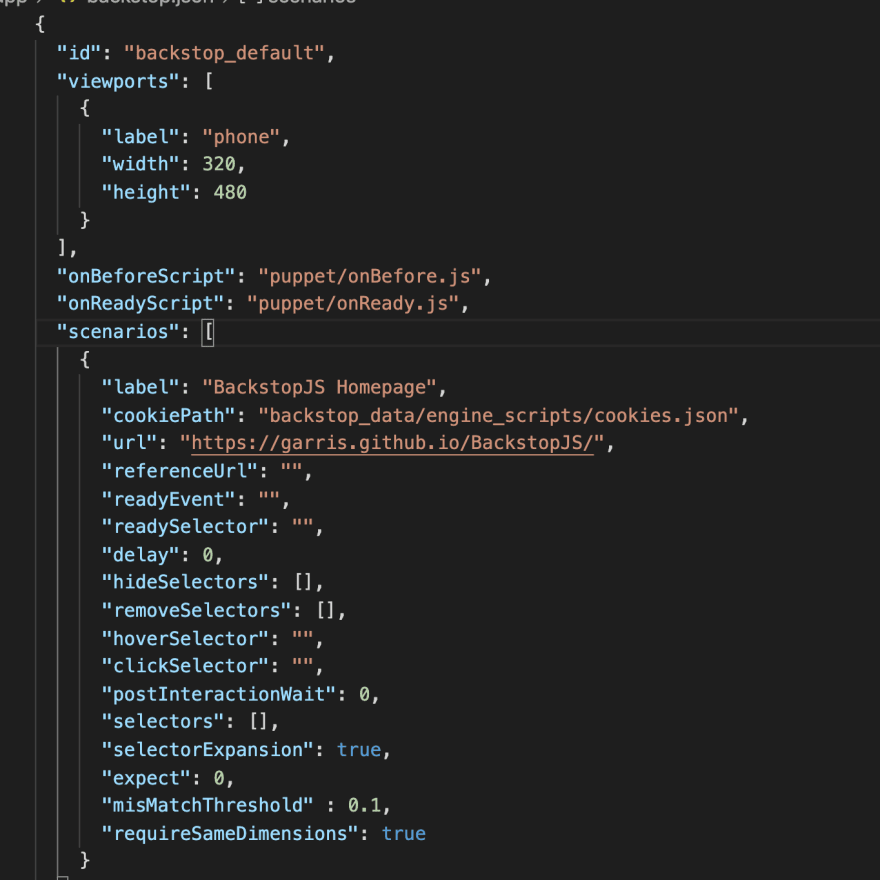 This test config file specifies a single scenario. All it does is navigate to the URL against url.

This first test fails since it didn’t find a reference image to compare the test screenshot with.

The report generated on browser (since the ‘report’ property was set to ‘browser’ in the config file) looks like this: 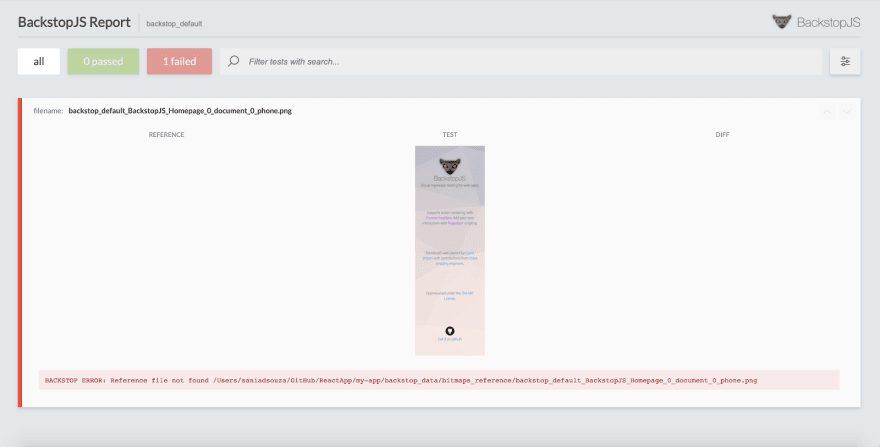 You might've noticed that when you ran backstop init, a set of folders was created. One of these was bitmaps_test. This folder holds the test screenshots. 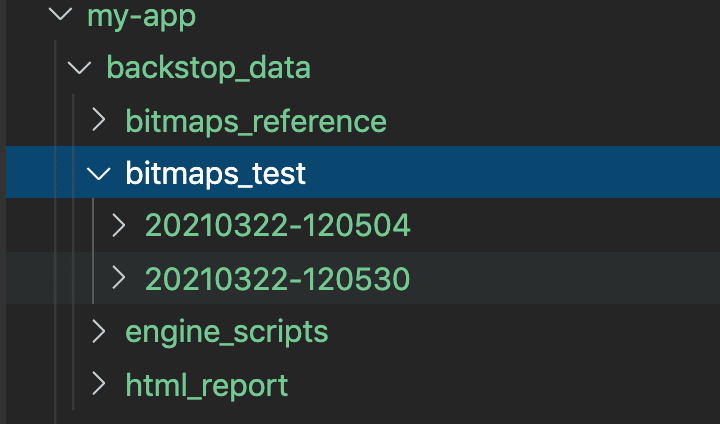 This time, the test passes.

Puppeteer is used to simulate user scenarios.
Add another scenario to the scenarios array in the config file:

Here, the URL as specified by url is opened and when the element specified by the selector clickSelector is available, it is clicked; and then Backstop takes a screenshot.

The first time you run backstop test, the test will fail as it doesn't find the reference image. Run backstop approve and backstop test like before to get your test to pass.

In my test, this second test fails as well because of a difference between the reference and the test screenshot. This is indicated by the hot pink text on the difference screenshot. 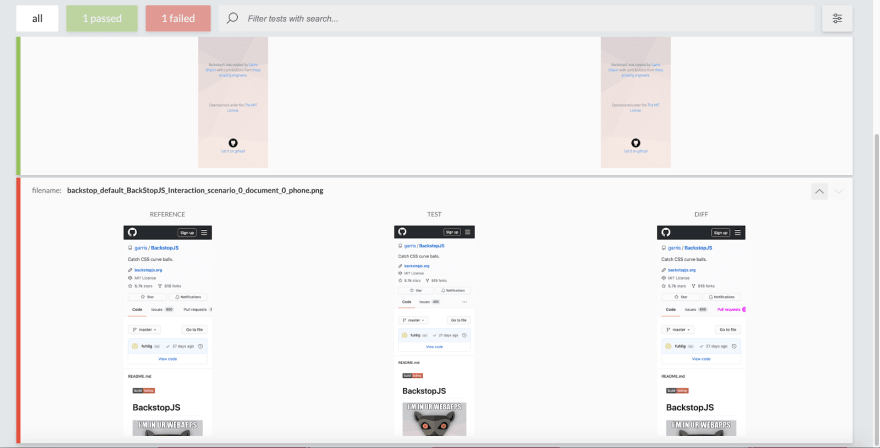 At this point, I could either fix what changed in the code or update my reference using backstop approve.

Backstop also has a scrubber utility that displays the difference between the reference and test screenshots by moving a mapper cursor, which is pretty intuitive. 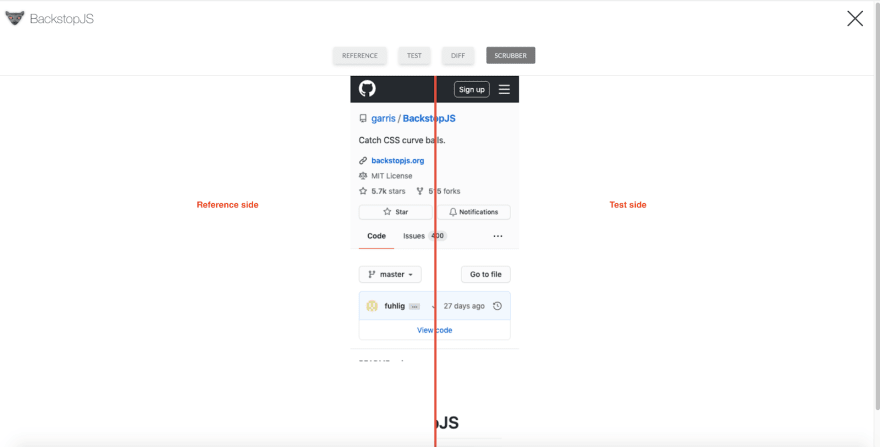 You could automate more complex user flows, add more viewports, tune performance and other good stuff using Backstop; their documentation is great and they have a healthy user base also.

Not a con, but a housekeeping task:

Outdated screenshots will have to be cleared manually or pushed to a .gitignore file to ensure they don't make it into the remote repo.

PS: If you are anything (read curious) like me, that cutie on the Backstop logo is a ring-tailed lemur ;).

Try these visual testing tools too: